Moral outrage may influence jurors' emotions in age of video

Think about the last time you were morally outraged. Chances are you felt angry, but did you also feel disgust? Consider how you might feel in a court of law after watching a video of a heinous crime.

Two new studies point to important legal implications when moral outrage is generated through the interactive effect of anger and disgust. Research points to the need for judges to carefully consider the admissibility of evidence likely to elicit moral outrage in jurors in a world where phone and security cameras increasingly catch horrible crimes on camera and therefore may be entered as evidence. 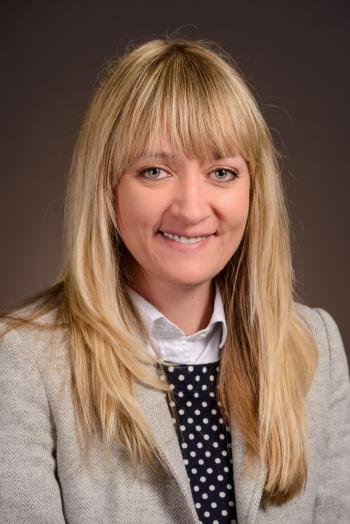 “Camera phones are everywhere. There are so many more opportunities for crimes to be captured on video, which means jurors are being exposed to really emotionally charged evidence,” said Jessica M. Salerno, assistant professor in ASU's New College of Interdisciplinary Arts and Sciences. “When judges weigh the informational value versus the prejudicial value of the evidence, it is important to be very mindful that the negative emotions roused by emotionally disturbing evidence can make jurors more likely to vote guilty.”

“After reading about jurors’ dramatic reactions to emotionally disturbing evidence in court, we wanted to test how emotional stimuli might affect the jurors’ judgment in court,” Salerno said.

During the first study, participants were asked to read one of two vignettes, one of which dealt with sexual assault and the other that detailed Westboro Baptist Church funeral picketing. Participants reported measures of how disgusted and angry they felt on a scale of one to five.

“It’s the combination of the two that produces moral outrage,” Salerno said.

In the second study, researchers hypothesized that the combination of anger and disgust would increase moral outrage and in turn influence confidence in a guilty verdict.

“There is no previous research, to our knowledge, that has tested whether moral outrage mediates the effect of disgust on subsequent judgments,” she said. “Humans intuitively understand what moral outrage is. However, researchers debate its emotional components. We wanted to investigate the relationships between anger and disgust since emotions tend to co-occur with each other.”

“Moral outrage affects confidence in a guilty verdict. All participants saw the same evidence, but those who experienced the combination of anger and disgust were more confident in a guilty verdict because they were more morally outraged about the crime,” Salerno said. “This may not be in jurors control and they may not be aware that their emotions are influencing their decisions.”

This month, the Consortium for Science, Policy and Outcomes launches a new book series, "The Rightful Place of Science."

This month, the Consortium for Science, Policy and Outcomes (CSPO) launches a new book series, "The Rightful Place of Science." The series aims to present paperback originals on topics that reflect the signature interests of our intellectual communities. These volumes will be brief, clear and to the point, while at the same time tackling urgent topics across a range of complex techno-scientific subjects.

The overall aim is to deliver thought-provoking contributions that explore the complex interactions among science, technology, politics and the human condition. 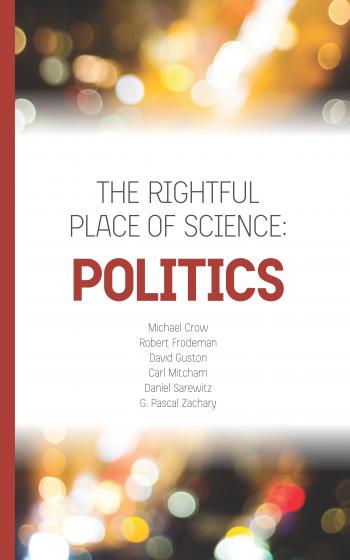 The first two volumes are now available. The first – on the politics of science – contains essays from the co-directors of CSPO, David Guston and Daniel Sarewitz, as well as by ASU President Michael Crow, CSPO’s founder and chair. The second volume – on the promise and politics of biofuels, by John Alic – highlights CSPO’s growing engagement with sustainability, energy justice and the role of the Department of Defense in promoting energy transformations. Both of these volumes are now available through Amazon, currently in print and forthcoming in Kindle format.

Additional volumes will be published in spring 2014 and on a regular basis thereafter. Planned future topics include: an exploration of the origins of the U.S. weapons labs; a series of case studies on the government role in energy innovation; a selection of creative non-fiction writings on science policy issues; an abridged edition of John Steelman’s 1947 influential study, "Science and Public Policy"; an assessment of media coverage of genetically-modified foods and media coverage in the U.S. and Britain; and more.

These volumes build on existing or “legacy” content possessed by leading scholars in our community. Or they result from the feverish, high-octane energies of emerging scholars with distinctive voices or perspectives.

“An historic shift in serious, intelligent publishing is under way,” says G. Pascal (Gregg) Zachary, CSPO professor of practice and editor of the series. “We’re joining a vanguard movement that’s redefining the terms of both academic publishing and broadly literate publishing for informed readers with an appetite for demanding, yet accessible works.”