The monsters among us

With Halloween approaching, people turn their attention to the spooky and the scary, reveling in stories and images of ghosts, ghouls and witches for the holiday. While some monstrous characters only come out to play in October, however, others enjoy attention year round.

For example, in recent years, vampire media has gained popularity, from Stephanie Meyer’s "Twilight" series of books and films to HBO’s "True Blood," which finished its fifth season this summer. Zombies have recently seen a resurgence in popularity as well, evidenced by new takes on the genre, such as Zach Synder’s 2004 remake of "Dawn of the Dead," Danny Boyle’s "28 Days Later" and Edgar Wright’s "Shaun of the Dead." Zombies have even shambled onto the television screen with AMC’s "The Walking Dead." 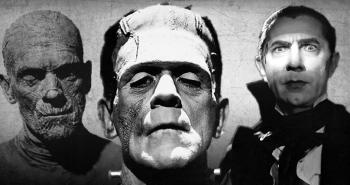 Hollywood is quick to cash in on what’s popular, but why do themes gain popularity in the first place? Does the prevalence of a certain monster reflect what’s going on in our society today?

“I would argue that monsters in literature, in general, are almost always indicative of things we fear in a sort of collective sense,” says Cajsa Baldini, a senior lecturer in the English Department of the College of Liberal Arts and Sciences.

Baldini is well-versed in classic monsters and their cultural significance. She teaches a course on 19th century fiction, which covers monstrous tales such as Mary Shelley’s "Frankenstein" and "The Island of Doctor Moreau" by H.G. Wells. Both novels are steeped in themes of technology out of control and the ethical implications of science.

"Jurassic Park" is a great example of the “technology out of control” trope. It’s a modern-day Frankenstein story, says principal lecturer Paul Cook, who teaches and writes science fiction in the English Department.

In the original "Frankenstein," after Victor Frankenstein creates his monster, he abandons it to be persecuted and ostracized. Once the monster understands what his creator did to him, he seeks out the doctor.

“I think that’s what it’s about – to be confronted with our creations,” says Baldini of the novel. “What responsibilities do we have to what we create? It essentially posits the question, do scientists have ethical responsibilities, or is the only responsibility towards further discovery? And I think that’s the reason we read that novel today.”

Baldini points to Ridley Scott’s "Blade Runner," in which one man hunts down rogue human-looking androids, as a more modern interpretation of these ideas.

“The android turns around and says: ‘Hey, I know you built in a flaw in me, I’m going to die, I need to know when’ – a question most of us ask, as does Victor Frankenstein in Shelley’s novel,” says Baldini.

Just as 19th century fiction reflected common fears and anxieties, science fiction in the 1950s served the same purpose. Films such as "The Day the Earth Stood Still" or "Invasion of the Body Snatchers" reflected Americans’ fear of communism.

“Science fiction of the 50s not only reflected the culture, but criticized it as well,” says Cook.

Cook believes that some monsters in fiction are simply manifestations of the worst parts of us, or a trait that is out of control.

“When ideas get out of control, you get monsters,” says Cook. “Monsters, as an archetype, are simply a reflection of some aspect of our human nature greatly magnified to the level of destruction. That is where you get the werewolf, Dr. Jekyll and Mr. Hyde, or the Hulk – something that’s inside of us that comes out.”

Baldini thinks that the theme of the embattled force within us points to humanity’s desire to rise above the forces of nature.

“I think the werewolf is more of a psychological monster,” she says. “Like any monster, it has to be reflective of us to be interesting. I think it’s about the animal within, the aspects of us we think we’ve grown away from or that we don’t want to acknowledge we ever had. We’re not in control of nature, even if we like to think we are. Just look at an Ebola outbreak, or tsunamis. We think we can control nature, but we don’t. We’re subject to it like any other species on Earth.”

While some monsters are reflections of humanity’s struggle with internal, natural forces, others, such as the vampire, express a fear of external influences. Baldini’s course explores the first appearance of the modern vampire, in the 1819 novella "The Vampyre" by John Polidori.

“Today, it’s almost ridiculous because it’s so stereotypical – it’s about a vampire that’s aristocratic and evil, but he’s also strangely mesmerizing and attractive to people. But of course, everyone who associates with him ends badly,” says Baldini of Polidori’s story.

Even though not all modern interpretations of vampires pose them as aristocrats, Baldini sees these creatures as always being the elite.

Baldini cites that attraction to the elite nature of the vampire as part of their popularity in the 1980s, when Anne Rice’s novels and films like "The Lost Boys" portrayed vampires as evil but also glamorous and cool.

“That was the time period of glam and the early yuppies and Gordon Gekko saying ‘greed is good.’ It was okay to be selfish, to prioritize number one, to strive toward an elite status,” says Baldini.

Popular vampires today still have that elitism and admiration, but they are also tragic figures.

“It’s okay to want to be elite to the point were we start valorizing such characters, such as Edward Cullen,” says Baldini. “It’s actually a good thing to want to be like them and to be elected by them, and now there’s a humility trope in there too.”

While vampires represent the upper crust, a monster that is anything but has recently become incredibly popular: the zombie.

“The zombie is the underdog of the monsters, sort of the underachiever of monsters as well,” Baldini says of the stumbling, rotting creatures. “You don’t have to do much to become a zombie. You’re bitten by one and you become one. There’s minimal grooming involved. It’s the blue-collar monster.”

And being a zombie is cool today. Hundreds, sometimes thousands of people turn out for zombie walks, or zombie pub crawls. Hordes of people dress up as the living dead and shuffle through cities across the world, sometimes to promote a cause, give to charity or just for fun. But what does the popularity of zombies say about society today?

“We’re looking at a monster that’s a collective body that consumes everything,” says Baldini. “That’s western culture, that’s what we are. We have over-consumed throughout the 1990s. We over-borrowed on credit, we took all the equity out of our homes and then some, we consumed indiscriminately, we didn’t think, because like zombies, we don’t think. We just followed the herd in consumption. I don’t think people sit around and think about this, but I think on some level, the zombie is relatable in this particular time in history.”

As Baldini points out, the cultural significance of monsters probably isn’t something most people consider on a conscious level. But that doesn’t make the themes embedded in monster stories any less important.

“We all recognize certain monstrosity in life itself, and so when we recognize it in a very old text like 'Dracula' or 'The Vampyre,' we can accept ourselves more. This is not new, it’s not just me. It’s there, and it’s worth acknowledging,” says Baldini.

“I think it’s most interesting in the way it serves to critique society in a way that seems perhaps innocuous – ‘Oh, it’s just horror’ – but which in fact is incredibly subversive and critical,” she adds.

ASU Regents' Professor Bruce Rittmann has been recognized as a "Distinguished Member" of the American Society of Civil Engineers.

Arizona State University Regents’ Professor Bruce Rittmann is now a “Distinguished Member” of American Society of Civil Engineers (ASCE), recognized “for exemplary advances to research and practice in environmental engineering, contributions to the technical literature, education of students, and professional leadership around the world.”

Rittmann is on the faculty of the School for Sustainable Engineering and the Built Environment, one of ASU’s Ira A. Fulton Schools of Engineering. He is also director of the Swette Center for Environmental Biotechnology at ASU’s Biodesign Institute. 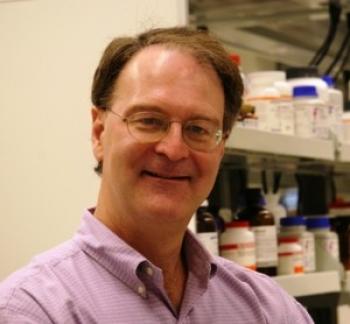 An ASCE Distinguished Member honor is bestowed on those who have attained acknowledged eminence in a branch of engineering or in the arts and sciences, including the fields of engineering education and construction.

Rittmann is a leading expert in development of microbial systems to capture renewable resources and alleviate environmental pollution. His research combines microbiology, biochemistry, geochemistry and microbial ecology for the purposes of restoring water purity and generating usable energy from waste products.

Rittmann is known for pioneering the development of biofilm fundamentals and contributing to their widespread use in the cleanup of contaminated water, soils, and ecosystems.

The membrane biofilm reactor (MBfR), a technology Rittmann invented, uses naturally occurring microorganisms to remove contaminants such as perchlorate and tricloroethene from water. He holds five patents on the technology, which is being commercialized by APTwater, Inc.

Rittmann is at the lead of ASU teams using two innovative approaches to developing renewable bioenergy: using anaerobic microbes to convert biomass to useful energy forms, such as methane, hydrogen, or electricity; and using photosynthetic bacteria that can capture sunlight to produce new biomass that can be turned into liquid fuels, such as diesel or jet fuel.

The links between microbes and human health also are being explored through collaboration with the Mayo Clinic. Rittmann’s group explores how microorganisms in the human intestine contribute to obesity, which may lead to ways to regulate the microbial communities in ways that mitigate excessive weight gain.

Rittmann joined 10 others in the Class of 2012 Distinguished Members at the ASCE Annual Meeting in Montreal, Canada on Oct. 18-20. Founded in 1852, organization represents more than 140,000 members of the civil engineering profession worldwide and is America's oldest national engineering society.

This latest accolade adds to Rittmann’s long list of honors. He is a member of the National Academy of Engineering and a Fellow of the American Association for the Advancement of Science. He is an International Water Association Fellow, and winner of the Simon W. Freese Environmental Engineering Award, the Walter L. Huber Civil Engineering Research Prize from ASCE, the University Scholar Award from the University of Illinois, and the Presidential Young Investigator Award from the National Science Foundation.

Rittmann is one of the world’s most cited researchers, according to the Institute for Scientific Information, and is a prolific author, having written more than 500 professional papers and books.

His textbook, Environmental Biotechnology: Principles and Applications, is used by universities throughout the world.

See a video about Rittmann’s accomplishments.