The Office of Student Engagement at Arizona State University’s West campus is teaming up with local nonprofit organization The 3000 Club to host a “Market on the Move” event on Saturday, March 31 from 8 a.m. to noon. Attendees may receive up to 60 pounds of fresh fruits and vegetables for a $10 donation.

Market on the Move will take place in parking lots 10 and 11, on the north side of campus at 4701 W. Thunderbird Road. The event also will feature a health fair and food trucks, and a disc jockey will provide entertainment.

The 3000 Club rescues produce destined for landfills and makes it available to the public, food banks and other service agencies. It holds frequent Market on the Move events throughout metropolitan Phoenix and Tucson. The organization rescues some 30 million pounds of fresh fruits and vegetables annually.

“ASU and The 3000 Club share a commitment to improving the quality of life of Arizona’s residents,” said Stacey Flores, coordinator in the Office of Student Engagement on ASU’s West campus. “The March 31 event is a wonderful opportunity for community members to come to campus and obtain healthy food products while supporting a worthy cause.”

For more information about Market on the Move, contact (602) 543-8200 or student.engagement@asu.edu.

The U.S. News and World Report recently highlighted the best graduate programs in the nation and the ASU School of Public Affairs once again ranked in the top tier.

The U.S. News and World Report recently highlighted the best graduate programs in the nation and the ASU School of Public Affairs once again ranked in the top tier. The school that historically has been a premier program in metropolitan governance was ranked 2nd in the country for its city management and urban policy program.

In the newest issue of “America’s Best Graduate Schools,” the ASU School of Public Affairs graduate program ranked 16th nationally among nearly 300 schools considered in the 2013 report and among the top 10 public institutions. The March 13 report also listed the school among the top five universities in the western United States. 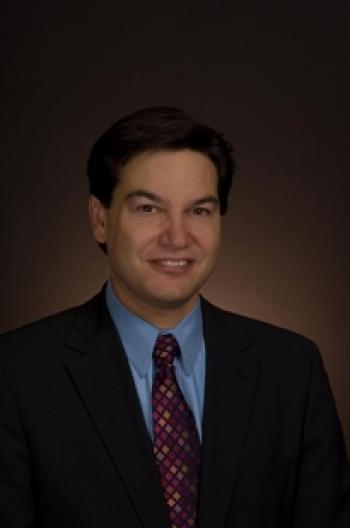 “We are delighted with the recognition of our program in public administration and public policy,” said Jonathan Koppell, dean of the College of Public Programs and the director of the School of Public Affairs. “We pride ourselves on offering a strong foundation in core areas of administration while offering windows onto the future of governance with distinctive initiatives in policy informatics and participatory governance.

The recognition of the school’s strength in urban management is particularly noteworthy. Long-known for training the most professional and skilled city managers in the nation, the ASU School of Public Affairs is now distinguished by its partnership in the Alliance for Innovation, an organization that connects the school with a national network of innovative city managers. And its Marvin Andrews Fellowship is an elite program drawing applicants from across the United States.

“It is hard to think of a better place to prepare oneself to run a 21st century city than ASU,” Koppell said.

The school also did well on the report’s “specialties” list. In addition to the school’s program in city management and urban policy ranking second, it is considered among the top 20 programs in environmental policy and management, nonprofit management, public finance and budgeting, and public management and administration.

The ASU School of Public Affairs is in the College of Public Programs. For more information visit http://spa.asu.edu/