Although the "Changing Boundaries" map exhibit at ASU will come to a close this month, it will become a permanent fixture in the School of Transborder Studies come June.

Simon Burrow, collector of maps and curator of the exhibit, recently announced that he is donating to ASU his collection of more than 40 maps illustrating how the present U.S.-Mexico border region has evolved over the past four centuries. 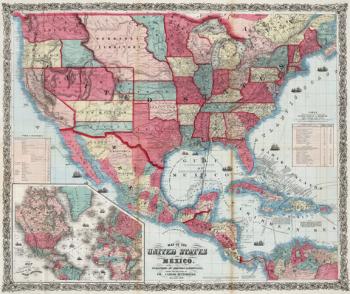 Indeed the maps offer history lessons, but they also provide a new lens to current-day discussions of borders and what they signify. Looking at these maps, people "can see that the border has moved around quite a bit," Burrow says. "It makes people think about the border and how these tiny little things affect where it is."

The maps are dated as early as 1597 and show the claims, counter claims, conquests and discoveries that resulted in the current borderline.

ASU's School of Transborder Studies – where students and faculty aim to affect social change through the study of the U.S.-Mexico transborder space – is the perfect spot for the maps, Burrow says. "This is their home. This is where they need to be."

The map collection also is of significance in celebrating Arizona's centennial, as one of the maps shows the original boundaries of Arizona as proposed before the Civil War.

According to Burrow, it was unclear in the United States in the 1850s how land acquired from Mexico would be divided. Colonel Carlos Butterfield’s map of the United States and Mexico, published in December 1859 (see photo), illustrated a proposal that would have divided the New Mexico Territory on the east-west axis – "like two Louisianas, one on top of the other," Burrow says.

"The Simon Burrows collection greatly enhances the scholarly reputation of the school," says Carlos Vélez-Ibáñez, ASU Regents' Professor and director of the School of Transborder Studies. "It expresses in cartographic form the very complex and often contradictory narrative of the peopling of the Americas and of the U.S. Mexico border region."

On his website, Burrow writes about the collection: “What I want to do … is give people an opportunity to think about borders and migration in a different way.”

"I collected these maps over 25 years, as part of my doing business in Mexico," says Burrow. "When I retired, I started getting involved in the immigrants' rights movement and used the maps as a way to talk to people about it."

To see the "Changing Boundaries" exhibit, visit the School of Transborder Studies, on the Tempe campus, before Feb. 10.

Otherwise, you will have to wait until June.

Kittrie speaks at conference in Turkey

Kittrie speaks at conference in Turkey

Kittrie spoke on the topic, “The U.S. Sanctions Regime.” The conference, organized in collaboration with the U.N. Panel of Experts on Iran Sanctions, included government officials from Turkey and other countries in the region. 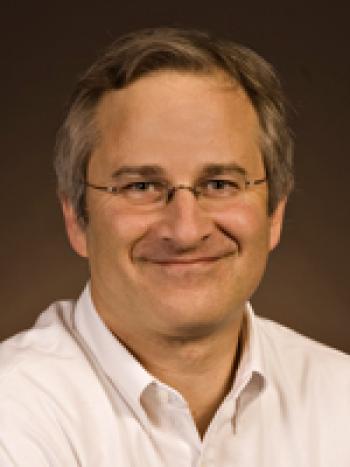 Kittrie is a leading expert on nonproliferation legal issues and sanctions. He has testified on nonproliferation issues before both the U.S. Senate and House of Representatives and served as one of 12 members of a special Congressionally-created committee to make recommendations on how to better prevent the proliferation of nuclear, chemical and biological weapons. Prior to joining the law faculty, Kittrie served for 11 years in the U.S. State Department, including as the lead attorney for nuclear affairs.