Making sense of smell: Will bio-inspired robots sniff out bombs, drugs and disease?

With just a sniff, our noses can detect smells that trigger specific memories, tell us food has gone bad, or even connect us to a potential mate. What if a robot could "smell" as effectively as we do?

In a new study funded by the Human Frontier Science Program, Arizona State University behavioral neuroscientist Brian Smith, along with an international team of researchers, is investigating how the brain is able to separate specific odors when many exist in a natural environment. They are also studying how learning specific scents may create changes in the way the brain perceives odors. 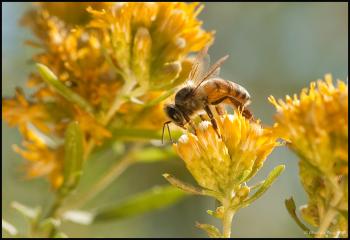 The goal of the project is to create a computational model that would allow a flying robot to independently detect specific odors in a natural environment. This research could set the stage for the creation of bio-inspired robots that may one day be able to detect bombs, drugs or even uncover odor markers in diseases such as cancer.

“This is a very exciting research project, and we’ve put together a highly skilled, interdisciplinary team to investigate these hypotheses,” said Smith, a professor with ASU’s School of Life Sciences. “In a previous paper, we’ve shown that the process of converting odors into electrical impulses in the central nervous system takes as few as two milliseconds – 20 times faster than previously thought. This leads us to new insights into possible ways a target odor can be separated from background scents.”

Insects, like many mammals, depend on detecting different types of odors to find food, mates and shelter, and even to defend themselves. To do this, insects fly through an airstream that breaks up the "target" odor into thin, wispy filaments. They may contact these filaments for only a few milliseconds.

“Insects detect the odors in the filaments through thousands of odorant receptors on their antennae, which is the functional analog to our nose,” said Smith, a co-investigator on the project. “It's clear that insects do segregate target odors from background odors, but we just don’t know yet how they do it. The ‘background’ problem is a huge one for the development of artificial detectors. If we figure out how insects do it, then maybe we can implement those principles in artificial noses."

Researchers from University of Konstanz (Germany), University of Brighton (United Kingdom), and University of Tokyo (Japan) are co-investigators on this project. Smith and the team from ASU will focus on insect behavior and molecular work. The Japanese team will develop the robotics, while researchers in the U.K. work on computational modeling and scientists in Germany complete the imaging. The group will meet annually to conduct collaborative experiments.

The Human Frontier Science Program, which in March awarded the research group $1.35 million over three years, provides financial support specifically for research on the complex mechanisms of living organisms. Particular emphasis is placed on cutting-edge, risky projects. Smith’s team competed with more than 1,000 applicants to receive one of only 21 program grants awarded in 2015.

The School of Life Sciences is an academic unit of ASU College of Liberal Arts and Sciences.

The Sun Devils had a strong show in voting, with juniors Jon Rahm and Max Rottluff earning first-team honors, and senior Broc Johnson getting honorable mention. 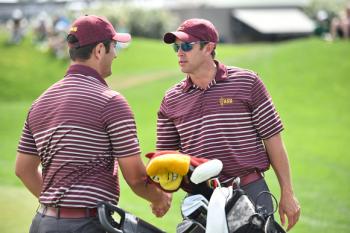 Mickelson, in his fourth year as Sun Devils coach, has led the team to five tournament victories in 2014-2015, the most since the 1995-1996 team won six tournaments en route to ASU's second NCAA title. Both Rahm and Rottluff have been selected for Team Europe in the Palmer Cup this summer, while Rahm is a semifinalist for the Ben Hogan award.