The glamor, the drama and the roar of the 1920s – it’s not hard to see why audiences flock to "The Great Gatsby," written by F. Scott Fitzgerald. But what is it about the now famous storyline that keeps it relatable?

Deborah Clarke, professor in the Department of English and associate dean of faculty in the College of Liberal Arts and Sciences at Arizona State University, feels it is the transferrable themes of love, wealth and recreation that resonate with audiences throughout the years.

In the novel, Jay Gatsby attempts to create a new image of himself by securing a place in high society and leaving behind his given name, James Gatz. He believes the recreation will bring back his lost love, Daisy Buchanan, who lives nearby with her husband, Tom.

“The notion of recreation has been around since the founding of the nation. The first European explorers believed that they could create a new culture in America and get it right this time,” she said.

The idea of love can also be called into question. Throughout the novel it becomes unclear whether Gatsby is really in love with Buchanan for who she is or for what she represents.

“Sure he may care for her, but Daisy is more of a vessel for what people can write on her. She is the golden girl, the girl with the white dress. At one point Fitzgerald writes, 'Her voice sounds like money,'" said Clarke.

Clarke feels that the complex and nuanced relationship between Gatsby and Nick Carraway is more interesting than that of Gatsby and Daisy. She says this “homosocial” aspect to the story has become more intriguing to her with each read.

Despite the success of "The Great Gatsby" in the film world (there have been five remakes to date), the novel itself had the lowest proceeds of all the books Fitzgerald published during his lifetime. Clarke says this may be because there aren’t any strong female characters. Aside from Buchanan, Jordan Baker is a professional golf player who cheats by moving her ball and Myrtle Wilson is portrayed as an adulterer.

Another subtle, but noticeable issue in both the novel and the latest film - starring Leonardo DiCaprio - is race. In one scene, Tom is reading a book about the rise of the “colored empire” and voices his concern on the matter. Fitzgerald also describes a street scene in which a car with African American passengers is being driven by a white chauffeur.

“Fitzgerald says they 'rolled the yolks of their eyes' and made it seem very unbelievable that the car would be driven by a white man. It’s a very sobering scene,” Clarke said.

However, she does not believe that Fitzgerald was racist beyond the common means of the 1920’s. She says that growing up during a time where the nation was segregated, it is understandable that this representation would seep into the novel.

“The jazz musicians at Gatsby’s party are mostly African American, which is probably an accurate depiction of the jazz age. On the other hand, the characters are all white with the exception of Gatsby who, while racially white, is essentially ethnically non-white,” she said.

Many have even said that Fitzgerald himself is responsible for creating a portrait of the jazz age. But like many works of art, this novel has proven there is more than meets the eye.

“It’s one of those books that, each time you read it, there is more to talk about. You keep peeling off layers and examining the cultural context,” she said.

Radigan, who will enter his sophomore year as a student in the W. P. Carey School of Business and Barrett, The Honors College, has been chosen to participate in the 2013 Fulbright Summer Institute in the United Kingdom. He will spend a month at Queen’s University in Belfast, Northern Ireland studying that country’s political, economic and cultural structures and its relationships within the UK and the rest of the world. The course he will take, titled “Understanding Ireland: Northern Perspectives,” will add a unique view to his economics studies and help him in his future endeavors. 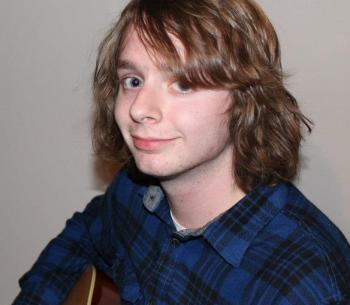 "My first hope is to gain a new understanding of the culture and history of the country of my ethnic origin. My great grandmother emigrated from Ireland, and since I am almost fully Irish, the opportunity to explore the history of my heritage excites me. I also hope to gain a new perspective on cultures outside of the U.S., with a particular eye for the similarities and differences in trade, markets and other economics-related matters,” Radigan said.

“I believe that what people buy and exchange says a lot about who they are, fundamentally, and I am looking forward to having the opportunity to observe the similarities and differences and attempt to link these to cultural causes. Additionally, the leadership and ambassadorial experience associated with the experience will be valuable as I continue to take on leadership roles at ASU, including my upcoming role as a community assistant next semester,” he added.

Radigan also expects that what he learns will apply to his long term goals.

“I know I want to use my knowledge of economics to contribute to the marketplace. I am currently considering applying to a master’s in economics program upon graduation from ASU, with the hopes of becoming an economist or market analyst for the government or a corporation,” he said.

Participating in the summer institute is the latest in a string of successes for Ratigan.

He is a National Merit Scholar and, while in high school, was involved in drama club and served as president of the math club, as well as unit captain for his school’s "We the People: Citizens and the Constitution" competitive team. He started his own business teaching guitar and piano, achieved the rank of Eagle Scout in the Boy Scouts and graduated with highest honors as an AP Scholar with distinction. At ASU, Radigan is an editor for the Barrett Chronicle magazine and will serve as a residence hall community assistant in fall 2013.

The Fulbright Summer Institute is a program of the U.S.-UK Fulbright Commission, the only bi-lateral, transatlantic scholar program, offering awards and summer programs for study or research in any field at any accredited U.S. or UK university. The commission is part of the Fulbright program conceived by U.S. Sen. J. William Fulbright in the aftermath of World War II to promote leadership, learning and empathy between nations through educational exchange. The commission is partially funded by the Department of Business, Innovation and Skills in the UK and the U.S. Department of State, with additional support from individual and institutional partners.