Mollie Connelly experienced history, adventure and excitement while pursuing her master’s degree at Arizona State University, spending a majority of her time in the library.

Connelly, who will graduate with a master's in English Dec. 15 at Wells Fargo Arena, said her ultimate goal is to become a librarian, a profession she says offers plenty of stimulation and action. 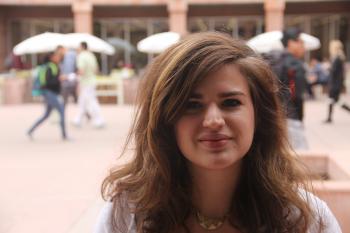 As part of her applied project, the 25-year-old spent the past semester developing, creating and completing the “Special Collections Manuscript Letters and Ephemera of Artists and Authors (1650-1921),” a collection to be housed in ASU’s Digital Repository. This collection consists of 62 rare manuscripts recently unearthed in Hayden Library’s Special Collections department.

“I’ve been calling it ‘literary sleuthing’ instead of research because each manuscript is a piece of history, and it was my job to authenticate when they were written, why they were written and try and give them context,” Connelly said.

“To an archivist, written letters can tell a lot about a person and give clues as to what they were doing in that point in time in their lives,” Connelly said. “From a cultural standpoint, letters are invaluable. There’s something about letters that are romantic and more of a work of art than an email.”

Connelly spent the other half of 2014 as a graduate research assistant to author Jewell Parker Rhodes at the Virginia Piper Center for Creative Writing on ASU’s Tempe campus. Connelly researched on various topics for Rhodes’ children’s books, maintained her email database, created PowerPoint presentations and spreadsheets to aid in her keynote speeches, and reviewed and edited Rhodes’ books. In return, Rhodes will acknowledge Connelly in her next book.

"Mollie was a wonderful researcher for my middle grade novels, 'Sugar' and the forthcoming 'Bayou Magic.' She could be relied upon to provide accurate details whether it was information about a shrimp boat or mythical mermaids.  She also served as a "first reader" - providing invaluable critique and support," Rhodes said. "Most significantly, she researched future novel ideas and has given me a foundation for future success. Best of all, my success is shared with Mollie. We were partners."

Connelly says the public perception of the book industry and the library system as slowing down or being dead is incorrect.

“Books are only a small part of what libraries deal with. Public libraries now deal with social services, community outreach, career help and digital services,” Connelly said. “It’s actually a growing industry. There’s always going to be data and information that needs to be managed and allocated. More content is being created these days, which means more work for librarians than ever before.”

Expert to give talk on animal microbiome

Expert to give talk on animal microbiome

Vanderbilt University professor Seth Bordenstein recently found a new source for antibiotics in Archaea, a kingdom of single-celled microorganisms that lives in hydrothermal vents, marine algae and the mammalian gut. Bordenstein is scheduled to speak about “Animal Microbiomes and the Origin of Species” as part of the Biodesign Discovery Series at Arizona State University, Dec. 16.

“You can’t overstate the significance of the antibiotic resistance problem that humanity is facing,” said Bordenstein. “This discovery should help energize the pursuit for new antibiotics in this underexplored group of life.” 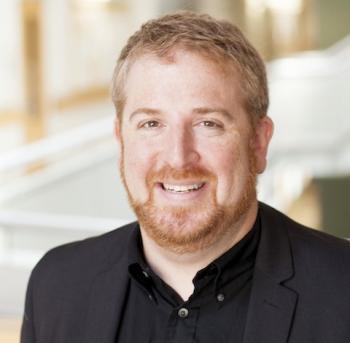 The research, conducted in collaboration with scientists at Portland State University, points to horizontal gene transfer as the method by which Archaea acquired a lysozyme with antibiotic properties, killing certain bacteria.

“It has been co-opted by different domains of life to be used as an antibacterial weapon,” said Bordenstein, who has received a lot of attention since a pair of studies was published in the journals Nature and eLife in November.

The strangest part about his findings is that the antibacterial gene has been found in aphids, mossy plants, bacteria-invading viruses called phages, viruses and even bacteria.

Bordenstein is an associate professor of biological sciences and pathology, microbiology and immunology at Vanderbilt University. He is the founding director of the worldwide Howard Hughes Medical Institute outreach program “Discover the Microbes Within!” He received a doctorate degree from the University of Rochester and held a postdoctoral fellowship with the National Research Council while at the Marine Biological Laboratory.

Bordenstein’s lecture will be held at 1 p.m. in Biodesign’s auditorium (B105) at 727 E. Tyler St. in Tempe, Arizona. Seating is limited, so plan to arrive early. The lecture will also be webcast and available on-demand after Dec. 30.