For the past decade, Islam has been at the center of a global battle over the role of religion in public life. Is democracy the solution to religious extremism?

Reza Aslan, scholar, public intellectual, and internationally acclaimed author, will take on this question in a free lecture at 4:30 p.m., Oct. 20 in the College of Law’s Great Hall on Arizona State University’s Tempe campus. 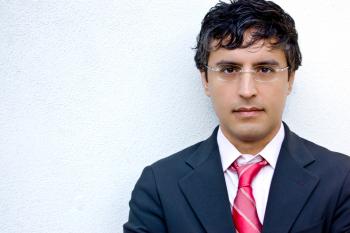 The lecture, titled “Beyond Fundamentalism,” is sponsored by ASU’s Center for the Study of Religion and Conflict and is free and open to the public.

Born in Iran, Aslan grew up well aware of the controversial role of religion in politics, a topic he has explored in two internationally acclaimed books and several edited volumes, including “No god but God” (2005), “Beyond Fundamentalism: Confronting Religious Extremism in the Age of Globalization” (2009), and, most recently, “Muslims and Jews in America” (2011).

In “Beyond Fundamentalism,” Aslan traces the development of Jihadism as it split from Islamism at the end of the 20th century. He says that today, “most Jihadists would like to erase all borders, to eradicate all nationalities, and to return to an idealized past of religious communalism.”

The Jihadists, he said, are fighting a “cosmic war,” a war against the eternal forces of evil.

“A cosmic war partitions the world into black and white, good and evil, us and them. In such a war, there is no middle ground; everyone must choose a side.”

Aslan says that the ultimate goal of a cosmic war is “not to defeat an earthly force but to vanquish evil itself, which ensures that a cosmic war remains an absolute, eternal, unending, and ultimately unwinnable conflict.”

Central to the debate over Islam and democracy, according to Aslan, is a far more significant internal struggle over who gets to define the “Islamic Reformation.” All across the Middle East and North Africa and throughout the Muslim world, Aslan argues, there is a generation of young people who are committed to changing this script.

“In the end,” he writes in “Beyond Fundamentalism,” there is one way, and one way only, to win a cosmic war: refuse to fight in it.”

“Beyond Fundamentalism” is part of the Center’s “Religion and Conflict: Alternative Visions “ series, supported by a grant from John and Dee Whiteman. 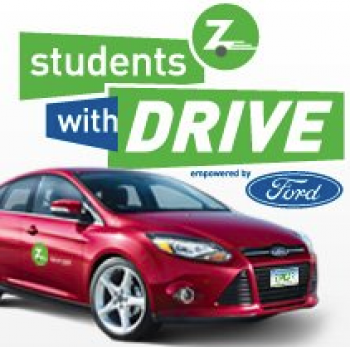 To enter students may submit videos and stories to the Zipcar Facebook page explaining how they would use the money to fund their organization’s needs. Zipcar has created five categories for applicants to choose from. These include academic, arts, athletics, community service and student life. Each monthly category winner will also be entered into the “Winner’s Circle,” for a chance to win the overall grand prize. The grand prize consists of $10,000 for the student organization to put toward its cause, $10,000 to the winning school and $5,000 in Zipcar credits.

“This campaign represents an excellent example of social embeddedness. ASU groups that win the contest will be able to carry out their goals and objectives, many of which include providing service to the local and global community,” said Shereen Shaw, Information Specialist for Parking and Transit.

ASU has been a proud partner of the Zipcar program since 2008, with vehicles available on all four of ASU’s campuses to students, faculty and staff. Membership costs $35, but new members will receive $35 in driving credit upon signing up. The cars may be rented for $8 hourly or $66 a day with 180 free miles included in each use. Unlike with rental cars, the Zipcar program is open to those 18 and over.