How parents of anxious children can avoid 'protection trap'

Parents naturally comfort their children when they are scared, but new research shows that some reactions may actually reinforce their children’s feelings of anxiety.

A new Arizona State University study reveals that parents whose children suffer from anxiety often fall into the “protection trap” that may influence their child’s behavior. The paper, “Variations in the Influence of Parental Socialization of Anxiety among Clinic Referred Children,” was published in the journal Child Psychiatry and Human Development by ASU graduate student Lindsay Holly, who is earning her doctoral degree in clinical psychology, and Armando A. Pina, ASU associate professor in child developmental psychology in the College of Liberal Arts and Sciences. Researchers analyzed self-report questionnaires and clinical interviews that were completed by 70 children, ages 6 to 16, who were being treated for anxiety at a university-based program. 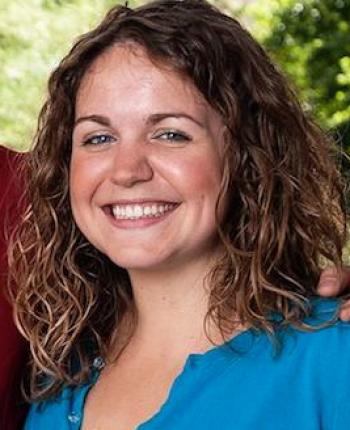 “Anxiety in kids is one of the most common disorders in childhood," Holly said. "A certain amount of anxiety is normal and necessary to stay safe. It’s when the problematic levels of anxiety crop up – when you can’t go to school or hang out with friends – that it becomes a major problem. That’s when we can really look at what parents are doing and guide them in having a big impact on helping their kids cope with fears.”

Parents may fall into the protection trap with scared children that is helpful in the moment, but reinforces their long-term feelings when the kids realize that they receive positive attention from the behavior. The study examined behaviors that may enable anxiety through reinforcement, punishment and modeling.

“The protection trap can be confusing for parents to understand,” Holly said.

For instance, anxious children often ask for reassurance far more than other children, yet reassurance in the face of anxiety and fear sometimes gives the message that there is something dangerous in the environment to worry about, thus promoting avoidance of every situation that is perceived to be scary, she said.

Another aspect of the protection trap identified through the study involves parents who allow their kids to avoid situations that are scary or uncomfortable. Excuses may be made in order to avoid scary things or situations and that can increase anxiety.

“The more a child avoids a situation that may be scary, the scarier it becomes because they don’t have a chance to overcome it. They aren’t given the chance to develop the coping skills or strategies to deal with the situation appropriately,” she said.

Sometimes parents swoop in to take control when a child starts to show signs of anxiety or fear. Parents may tell the child what to do, how to behave and what to say during situations when the child is anxious. Or, they might do things on behalf of their child.

“They do the scary thing for them. The children don’t overcome the situation, and they keep feeling anxious,” Holly said.

Children who may be fearful of avoiding situations such as going to a birthday party because they are anxious about it aren’t necessarily helped by parents who RSVP their regrets for the child.

“Kids who deal with the natural consequences of RSVPing on their own would experience some of the negative consequences, leading to decreased anxiety in the future since they had dealt with the situation themselves,” she added.

Parents can monitor how their own reaction to their child’s anxiety affects their kids, thinking about the best way to respond and giving their children positive attention when they do something brave or face their fears in scary situations. It’s also important to minimize the positive attention given to anxiety, though it’s hard for parents to see their kids in distress, Holly said.

“Even anxious children naturally face fears and situations that are frightening to them. Parents can look out for this type of bravery, no matter how small, and reward their child. Attention is often the most powerful type of reward, so doing easy things like giving a high five, a smile or a simple ‘I like how you faced your fears!’ can go a long way,” Holly said.

“Being supportive and helping kids face their fears is really the key,” she said.

Three nurse educators from the College of Nursing & Health Innovation were selected as winners of the 2014 Health Care Heroes Awards, present by the Phoenix Business Journal.

Three nurse educators from the College of Nursing & Health Innovation were selected as winners of the 2014 Health Care Heroes Awards. The awards, presented by the Phoenix Business Journal, recognized and celebrated the “unsung heroes of the Valley’s health care community.”

Nursing dean Teri Pipe and Adriana Perez, an associate professor, both won “hero awards” in the Health Care Education category, honoring people who have made a significant contribution to fostering interest in the health care field in others. 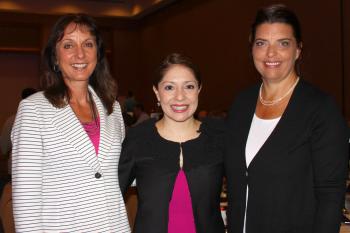 Pipe’s expertise in nursing leadership with a focus on interprofessionalism is heavily embedded in the college’s curriculum so future nurses will be prepared to engage more effectively on health care teams and be creative in the ways they approach current and emerging health care challenges. Pipe is always willing to lend an ear (and often a shoulder) to nursing students, and engages regularly with them in circumstances beyond the classroom, including helping with freshman move-in and hosting “Dinner with the Dean” events.

Whether it is helping students collaborate across disciplines or hosting “mentorship breakfasts” for young women who aspire to be nurses, Perez is dedicated to educating tomorrow’s nursing leaders. Perez combines her passion for teaching along with research and community service to help students learn what it means to engage in transdisciplinary teams in order to improve health care. Perez is also president of the Phoenix Chapter of the National Association of Hispanic Nurses and volunteers for the American Heart Association.

Charlotte Thrall, a faculty associate in the Doctor of Nursing Practice program, was one of the winners of the Health Care Volunteer category, which recognized people who contribute their time and expertise to patients or health care issues, and whose volunteer efforts have made a significant impact on the community. Thrall is the founder and president of Community Health Outreach, Inc., a non-profit organization providing health care to the underserved population in Phoenix. Thrall also helped establish CityServe Arizona's HopeFest. HopeFest, an annual event, brings agencies and organizations together to provide essential health care services to the uninsured population in Phoenix.

Read more about the "Health Care Heroes" from ASU and other organizations from around the Valley in the Phoenix Business Journal.