March 30, 2012
Five teams of Herberger Institute for Design and the Arts students are competing in the third annual X-square juried competition to win a $20,000 commission to design and build a public installation on Neeb Plaza at the Arizona State University Tempe campus.
This annual event is a transdisciplinary initiative of the Herberger Institute that aims to transform an otherwise unremarkable courtyard into a vital gathering place for students, faculty and visitors. The square resides between the Art Building and the Design South Building. Teams composed of students from the ASU School of Art, The Design School and at least one of the other four schools within the Herberger Institute compete against each other for the winning project that will be judged on the basis of creativity, sustainability, ability to activate community, constructability and the ability to embody the Herberger Institute mission to make knowledge embedded in design and the arts be a key component in understanding and solving major challenges through cross-disciplinary collaborations.
Members of the five teams will present their proposals to a panel of judges including Phoenix architect Will Bruder, president of Will Bruder and Partners; author Tania Katan, coordinator of the Scottsdale Museum of Contemporary Art; Valerie Vadala Homer, director of the City of Scottsdale's public art program and Paul Scott, partner of Caruso Turley Scott Inc., a structural engineering firm.
Team project proposals remain on display in The Design School Gallery, Design South building and ASU students, faculty and staff have an opportunity to cast their ballots for their favorite proposal until 5 p.m., April 3. The popular vote counts as one vote in the competition. The team winning the most votes from judges and the public will be announced at approximately 8 p.m. April 3 following the presentations and vote tally. The jurying process is open to the public but seating is limited so arrive early.
The project will be installed at the opening of the 2012 fall semester.
Creativity Tempe campus Herberger Institute for Design and the Arts The Design School Arts Student

The Arizona Republic noted the appointment of Douglas Sylvester as Dean of the College of Law in a March 30 article.

The Arizona Republic noted the appointment of Douglas Sylvester as Dean of the College of Law in a March 30 article titled, “New ASU law-school dean aims to reduce tuition costs.”

In the article, by reporter Luci Scott, Sylvester said making law school more affordable is his No. 1 goal, and he plans to raise money for scholarships through outreach to the legal community. 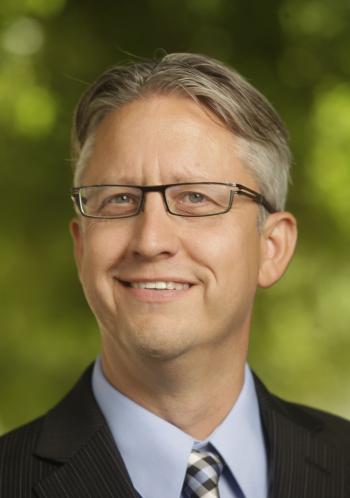 “I hope they’ll pitch in to help the next generation of lawyers; they were subsidized by the taxpayers of Arizona, and these current students aren’t,” Sylvester told Scott. “That’s the difference.”

Sylvester said another focus of his is to help graduates find jobs.

During his 10-month tenure as Interim Dean, Sylvester said the school became more active in connecting students with potential employers. He said he is exploring post-graduate opportunities for students, including the idea of partnering with agencies to help pay salaries of jobs in public interest positions. Sylvester also said he is considering creating a legal equivalent to a residency for new physicians, in which law students could spend a couple of years getting training in specific areas.