As the National Park Service’s chief archaeologist, he partnered with law enforcement to guard against looting and illegal trafficking of artifacts. As departmental consulting archaeologist for the U.S. Department of the Interior, he helped sculpt archaeological policies that apply to all federal government agencies.

Now, in his role as executive director of the Center">http://digitalantiquity.org">Center for Digital Antiquity, he is leading a pioneering effort in the field of archaeology: the development of an international repository of digital archaeological data sets, images, reports and other digital information. This repository, known as the Digital">http://tdar.org">Digital Archaeological Record (tDAR), is largely the brainchild of archaeology professor Keith Kintigh, associate director of ASU’s School">http://shesc.asu.edu">School of Human Evolution and Social Change, and professor K. Selcuk Candan of the School">http://engineering.asu.edu/cidse">School of Computing, Informatics and Decision Systems Engineering.

tDAR was designed and prototyped with funding from the National Science Foundation. The Andrew W. Mellon Foundation has funded further development of this digital repository with the establishment of Digital Antiquity, an organization that is a collaborative venture among ASU, the Archaeology Data Service at the University of York in England, the University of Arkansas, the Pennsylvania State University, the SRI Foundation and Washington State University. Digital Antiquity is administratively centered in the School of Human Evolution and Social Change and physically housed in Hayden Library.

McManamon is charged with overseeing Digital Antiquity’s two-fold mission: to provide wide access to the archaeological reports and records stored in tDAR and to ensure that in the long term, these digital objects are preserved. He and his colleagues are busily adding content to tDAR, and encouraging other archaeologists to do the same.

McManamon also is helping to bring an appreciation of archaeology to members of the general public. A prolific author and editor, his most recent publication, “Archaeology in America,” a four-volume encyclopedia, has been named an Outstanding Reference Source for 2010 by the American Library Association.

McManamon drew a parallel between the publication and his work with Digital Antiquity.

“Both of these projects aim to make information about archaeology and archaeological resources more accessible,” he said. “The essays in ‘Archaeology in America’ are by specialists, archaeologists with expert knowledge about the topics they cover, but the essays are written for a lay audience. I envision them being used by college students, interested individuals who are not specialists, even colleagues not versed in a particular area but wanting or needing to know about it.”

The publisher first approached McManamon in 2003 about putting together an archaeological reference work. After signing on, McManamon served as general editor and teamed with an editorial board of three colleagues: Linda Cordell of the School for Advanced Research; Kent Lightfoot of the University of California, Berkeley; and George Milner of the Pennsylvania State University. McManamon and his editors identified eight different regions and assembled lists of potential topics and authors representing the best in their field for each region of North America covered by the encyclopedia.

Regional sections of the encyclopedia contain six to 10 longer articles on general topics, as well as many articles on specific sites or groups of similar sites within each region. In all, the four volumes contain over 350 articles covering subjects dating from 20,000 years ago to the 20th century and sites from the Arctic coastline to northern Mexico. Most of the sites that are written about have some kind of public access, emphasizing archaeological accessibility for the general public audience.

McManamon has done fieldwork in western Europe and Micronesia, but considers northeastern North America his area of focus. He has served as a research professor in the School of Human Evolution and Social Change in the College of Liberal Arts and Sciences since 2009.

Sarah Buel, director of the Diane Halle Center for Family Justice at ASU's College of Law, recently gave a presentation at the Mayo Medical School in Rochester, Minn.

Sarah Buel, Director of the Diane Halle Center for Family Justice at the Sandra Day O’Connor College of Law, recently gave a presentation on Intimate Partner Violence: The Role of Physicians, Dentists & Mental Health Practitioners at the Mayo Medical School in Rochester, Minn.


Buel was joined for the Dec. 7 presentation by John Shufeldt, who has M.D., J.D. and MBA degrees, and who founded NextCare Inc. 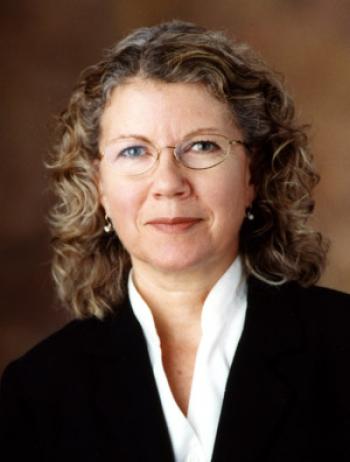 
Buel, who NBC has called one of the five most inspiring women in America, is the founding faculty director of the Halle Center, which houses the NextCare Urgent Care Family Violence Legal Clinic.


A survivor of domestic violence herself, Buel has worked for more than 30 years with battered women and children.


Shufeldt founded NextCare Urgent Care in 1993. It is the largest privately held urgent care system in the United States with twenty-eight locations in four states.


He has authored and co-authored books on Children’s Emergencies and Contract Issues for Emergency Medicine Physicians.

Office of Communications, College of Law