New research from Arizona State University and the University of Tokyo that analyzes transmission rates of Ebola in West African countries shows how rapidly the disease is spreading.

Researchers Gerardo Chowell-Puente, associate professor in ASU's School of Human Evolution and Social Change in the College of Liberal Arts and Sciences, and Hiroshi Nishiura of the University of Tokyo found that transmission rates for each single case of Ebola consistently showed at least one new case of the disease being transmitted. Country-specific analysis of transmission rates in Liberia and Sierra Leone showed on average between one and two new cases for every existing case. 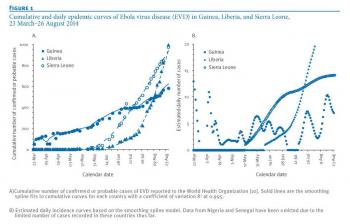 “Our analysis of the reproduction numbers of Ebola cases shows continuous growth from June to August 2014 that signaled a major epidemic,” Nishiura said. “Uncontrolled cross-border transmission could fuel a major epidemic to take off in new geographical areas, as was seen in Liberia.”

Rates of transmission increased from June to July in Sierra Leone and Liberia, from 1.4 to 1.7 respectively for every existing case. The statistical analysis is detailed in the paper “Early transmission dynamics of Ebola virus disease, West Africa, March to August 2014,” published today in Eurosurveillance.

“Our findings suggest that control of the Ebola epidemic that has taken so many lives could be attained by preventing more than half of the secondary transmissions for each primary case. This could be attained by isolating those with Ebola and tracing each case to its source,” Chowell said.

The current epidemic is the largest and first regional outbreak of Ebola in Africa. The outbreak was not recognized until March of 2014 after starting around December of 2013, which facilitated the spread to Sierra Leone, Liberia and Nigeria. The World Health Organization declared the epidemic a Public Health Emergency of International Concern in August.

“Characterizing the distribution of secondary cases from a single case can help health care workers and officials understand Ebola transmission dynamics over time in affected countries and gauge the effect of interventions to control spread of the disease,” he added.

Researchers analyzed case counts by the World Health Organization as of Aug. 26, 2014. Two groups of data were used: confirmed and probable cases; and the total number of reported cases (confirmed, probable and suspected cases).

Transmission rates are consistent with the rate of spread from prior outbreaks in Central Africa, researchers found.

“Close monitoring of this evolving epidemic should continue in order to assess the status of the outbreak in real time and guide control interventions in the region,” Chowell said.

On Sept. 12, the McCain Institute will co-host “Growing Together: Mexico and the United States” with the Center for American Progress at The First Amendment Forum at The Walter Cronkite School of Journalism and Mass Communication.

Media coverage and popular opinion about the U.S.-Mexico border focuses on the sensational and the negative: illegal immigration, drug trafficking, violent crime, and most recently, the spate of Central American children seeking refuge in the United States.

But little attention is paid publicly to what is arguably a far more significant set of trends: the strengthening of the U.S.-Mexico economic relationship into one that is driving growth, job creation and human development on both sides of the border. 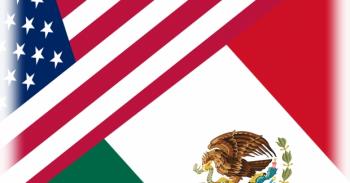 On Sept. 12, the McCain Institute will co-host “Growing Together: Mexico and the United States” with the Center for American Progress at The First Amendment Forum at The Walter Cronkite School of Journalism and Mass Communication.

This event, slated for 9:30 a.m. to 2:30 p.m. (MT), will feature key leaders from the United States and Mexico to initiate a broad policy conversation aimed at building on this growing economic relationship – and the potential it offers for the future. Doors will open at 9:30 a.m.

Additionally, researchers from Arizona State University will present a new economic model of the U.S.-Mexico economic relationship that offers a means of visualizing a wide range of potential policy choices.

The forum agenda will be as follows:

If you cannot attend the forum, a livestream will be available at: http://mccaininstitute.org/live.