Time travel is a favorite science fiction theme, but can it really be done?

“Well, maybe,” said Paul Davies, author of the popular best-seller “How to Build a Time Machine.” 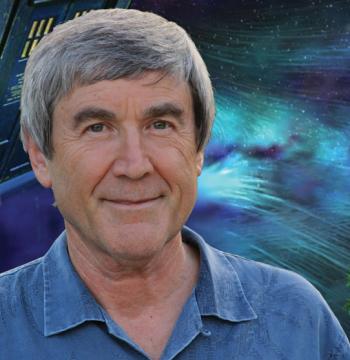 Davies, a Regents’ Professor and internationally acclaimed cosmologist, astrobiologist and theoretical physicist at Arizona State University, will discuss the concepts of time travel, causal loops and worm holes on Jan. 31 at ASU when he presents the annual Sci-fi Meets Sci-fact lecture hosted by the BEYOND Center for Fundamental Concepts in Science.

“I think everyone is captivated by the idea of time travel,” said Davies. “It’s been a great science fiction idea since H.G. Wells’ ‘The Time Machine’ but people always want to know ‘Can it really be done?’”

The purpose of the Sci-fi Meets Sci-fact lecture is to look at a popular idea in science fiction and see its basis in scientific fact, explained Davies, who directs the BEYOND Center, a cosmic think tank he established at ASU in 2007.

“In the case of time travel, we’ve known for 100 years that it is possible to travel into the future. In fact, it’s actually been demonstrated,” said Davies.

“But, most people’s fascination is going back in time, not forward. This is a tougher proposition,” he said. “In the past few years some intriguing suggestions have been put forward and that is what I’m going to talk about in the lecture.”

The lecture begins at 7 p.m. in Neeb Hall on ASU’s Tempe campus. It is free and open to the public; seating is on a first-come, first-served basis. RSVPs are requested. More information is at http://beyond.asu.edu or 480-965-3240.

This is the fifth anniversary of the Sci-fi Meets Sci-fact lecture at ASU. Previous speakers were Lucy Hawking, author of “George’s Comic Treasure Hunt”; Seth Shostak, senior astronomer at the SETI Institute; and Michio Kaku, theoretical physicist and author of “Parallel Worlds.” The inaugural lecture in 2007 was a conversation between Armin Shimerman, who played the “Star Trek” Ferengi character Quark, and Lawrence Krauss, an ASU theoretical physicist and author of the new book “A Universe from Nothing: Why There is Something Rather than Nothing.”

Davies is a professor in the Department of Physics at ASU’s College of Liberal Arts and Sciences, where he is a co-director of the Cosmology Initiative. His research is steeped in the branches of physics that deal with quantum gravity – an attempt to reconcile theories of the very large and the very small.

His published research ranges from how black holes radiate energy and what caused the ripples in the cosmic afterglow of the big bang, to why life on Earth may have come from Mars. He also is director of the Center for the Convergence of Physical Science and Cancer Biology at ASU, one of 12 Physical Sciences-Oncology Centers receiving funding from the National Institutes of Health’s National Cancer Institute.

Davies is a prolific author or co-author of some 30 books, both popular and specialty works, most recently “The Eerie Silence: Renewing Our Search for Alien Intelligence.” Among his other books are: “The Goldilocks Enigma: Why the Universe Is Just Right for Life,” “The Origin of Life,” “The Last Three Minutes,” “The Mind of God,” “The Cosmic Blueprint” and “The Big Questions.”

He is the recipient of numerous awards, including the 1995 Templeton Prize, the 2001 Kelvin Medal by the Institute of Physics, and the 2002 Michael Faraday Prize from the Royal Society. This past year, he was this recipient of the Robinson Prize in Cosmology from Newcastle University in the UK and an award for excellence in astronomy research and education by the Astronomical Society of the Pacific.

Davies completed a bachelor’s degree program in 1967 and earned a doctorate in physics in 1970 from University College London, which is consistently ranked as one of the top universities in the world. More about Davies at http://cosmos.asu.edu.

A doctoral candidate in English at ASU has been awarded a fellowship for a study on the life and work of ASU Regents' Professor Simon Ortiz.

Seong-Hoon Kim, a doctoral candidate in English literature at Arizona State University, has received a fellowship from the Sequoyah National Research Center at the University of Arkansas at Little Rock. The fellowship supports “significant studies” on indigenous American subjects, and is awarded based on the research project's potential contribution to Native American studies overall.

Originally from South Korea, Kim’s focus was first on British and American modernism and postcolonial theory. However, everything changed after he took classes with Department of English faculty members Elizabeth Horan and Simon J. Ortiz. 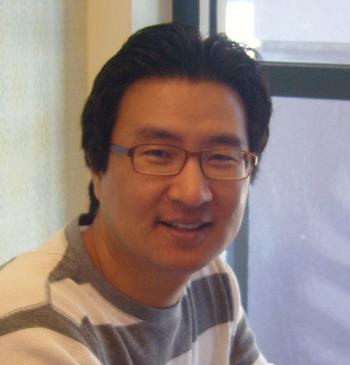 It was while enrolled in Ortiz’s class on “Indigenous Poetry” that Kim encountered the culture and writing of the Native American community and found the topic that would be the basis for his Sequoyah Fellowship: Simon Ortiz himself. Ortiz, a Regents’ Professor in English and American Indian Studies in the College of Liberal Arts and Sciences at ASU, is considered a key figure in the so-called Native American Renaissance, a literary movement which began during the mid-twentieth century.

Kim’s work will focus on the political contexts of Ortiz’s early writings, specifically the Red Power Movement of the 1960s and 70s and his role in the National Indian Youth Council, Inc. (NIYC), a radical and militant activist organization. This will be the first study to encompass the “seminal, political, and philosophical background to Ortiz’s work,” and will take into account the impact of his life experiences – especially those concerned within civil rights groups – on his writings.

Not surprisingly, Kim approaches his study from an international perspective, saying: “Native tribal women writers . . . have recently indicated that Native Americans’ concern for tribal sovereignty is beyond a provincial one, being relevant to global postcolonial concern.” This is especially poignant since Kim is from South Korea, a country which has been frequently colonized by countries such as Japan, Russia, China and even the United States.

As many Asian countries are still experiencing what Kim calls “the aftermath of colonialism,” the interest in post-colonial studies in the region is growing. Kim plans to teach indigenous American literature within Korea and possibly other universities in the Philippines, Vietnam, and Taiwan. He believes that developing post-colonial literature programs at these universities, “should certainly involve study of Native American writers who began questioning and protesting U.S. policies, at home and abroad, towards indigenous peoples.”

The Sequoyah National Research Center houses the largest collection of Native American expression – including writings and artwork – in the world. Kim’s fellowship is for the 2012-2013 academic year, and he will start his research at the center this March.

The College of Liberal Arts and Sciences Grants / Awards