Can empathy lead to better decisions in water usage?

As the climate in the Southwest becomes hotter and drier, water will become an ever more precious resource, demanded by people with competing interests.

Ranchers and farmers could see their livelihoods threatened by urban areas that scoop up more water as their populations swell. Shrinking lakes could mean fewer tourists and loss of jobs. 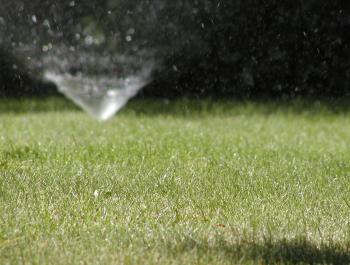 An interdisciplinary team at ASU is trying to use understanding and compassion to help people make better decisions on how to use and share water in the Southwest. Download Full Image

An Arizona State University team has received a three-year grant to study how people collaborate — or not — on the complex decision of who gets how much water, and how using technology might affect their reactions.

Empathy is the crux of the study. The researchers want to see whether participants can be coaxed into relinquishing power for the greater good.

The National Science Foundation awarded $449,000 to the interdisciplinary group in July. The scholars are from the School of Public Affairs, the W. P. Carey School of Business, the School of Social Work and the Decision Center for a Desert City.

Erik Johnston, an associate professor in the School of Public Affairs and director of the Center for Policy Informatics, is the principal investigator.

About 300 students have taken part in the study so far, he said, and about 500 more will participate over the next three years. They interact individually or on teams using computers, with researchers like Dr. Dara Wald, a post-doctoral fellow in ASU's Center for Policy Informatics, changing different aspects of the role playing to see what promotes empathy. Each session takes about 90 minutes.

“There are a lot of values at play all the time, which is the heart of governance,” Johnston said.

The digital platform that delivers the interactive modules was created by Johnston and Ajay Vinze, associate dean for international programs at the W. P. Carey School of Business. Vinze, who studies the role of technology in human interaction, is a co-principal investigator for the study and also associate vice provost for graduate education at ASU.

They then paired their platform with the WaterSim estimator tool created by the Decision Center for a Desert City (DCDC), which set the stage for this work.

“We created a mobile version of WaterSim that uses their underlying logic and their scientific reasoning behind it. When people are allocated water choices, the consequences they see have been scientifically derived from the research at DCDC,” Johnston said.

“These are complex and difficult challenges to address,” Vinze said. “In order to solve the big problems of the world, we need to look at them in an interdisciplinary way.”

Empathy is measured at the beginning and end of the sessions using a survey developed by Elizabeth Segal, a professor in the School of Social Work and another co-principal investigator.

Vinze said that the interplay of empathy and technology is key.

“Empathy is not a new concept, but the notion of ‘how does empathy change if I look through the lens of technology?’ is new,” he said.

Vinze and Johnston had already done some preliminary research on that.

“If you understand where the other person is coming from, you’re likely to see the other person empathetically. If you feel more empathy, you’re more likely to put your own resources at risk for an outcome,” Johnston said. “We thought ‘This is simple. We’ll get them to walk a mile in another’s shoes.’

“But it wasn’t that easy. Everything we tried made the situation worse, with lower empathy outcomes and less likelihood of collaboration.

The study participants play differing roles. For example, subjects might be a big city negotiating with a small city, with different levels of political clout.

The game poses various scenarios for water usage, considering effects on variables such as jobs, sustainability, food scarcity and quality of life.

“When the undergrads played, they got rid of all the pools. But they don’t look at the misery aspect of that,” Johnston said.

The model computes all the dimensions so participants can see the system-wide consequences of their decisions – a factor that could have profound real-life value, Johnston said.

“There’s not a clean answer,” he said. “It helps to focus their attention on where there are conflicts: Do we have more sustainability in the future or more jobs now? Do we invest in food security or community pools?

“They get to see the trade-offs between those decisions.”

Johnston said the team, which also includes Ned Wellman, an assistant professor in the W.P. Carey School's Department of Management,  hopes that real policymakers can eventually use the models, which would put their decisions to the test.

“This is an argument that we’ve been making for a while: What is the notion of professional use of data when everyone can find data that supports their own viewpoint?”

ASU's Cronkite School and the School of Sustainability are launching a new master's dual-degree program in journalism and sustainability.

The Walter Cronkite School of Journalism and Mass Communication and the School of Sustainability have partnered to offer a Master of Mass Communications and a Master of Sustainable Solutions for incoming students interested in careers reporting on environmental issues and alternative energy, as well as for those working in sustainability sciences who communicate with journalists.

“One of the critical aspects of moving toward a sustainable future is helping people understand why and how sustainability is relevant to their lives, and how best to communicate those ideas,” said Christopher Boone, dean of ASU’s School of Sustainability. “This dual-degree opportunity with the Cronkite School will provide our School of Sustainability students with a versatile skill set to effectively reach and engage a broad audience on the very best solutions for building a sustainable future.”

Under the program, students take courses in methodology of sustainability research and problem solving, perspectives on sustainability, project management and methods through the School of Sustainability. The Master of Sustainable Solutions degree provides a knowledge base and skill sets to bring sustainability solutions to corporate, government and nongovernmental organization sectors.

At the Cronkite School students participate in advanced-level classes in reporting, data journalism and multimedia journalism. Students also have the opportunity to cover sustainability issues for Cronkite News, the school’s award-winning student news operation and news division of Arizona PBS.

“ASU was the first in the nation to establish a school with a focus on finding real-world solutions to important environmental and social challenges,” said Christopher Callahan, dean of the Cronkite School. “We are thrilled to be partnering with the School of Sustainability to help educate and train the next generation of leaders in sustainability and journalism.”

This is the fifth dual-degree offering for the School of Sustainability. ASU Master of Sustainable Solutions students can also pursue concurrent master’s degrees in public administration or public programs through ASU’s School of Public Affairs, a Master of Legal Studies through the Sandra Day O’Connor College of Law, or a Master of Urban and Environmental Planning through the School of Geographical Sciences and Urban Planning.