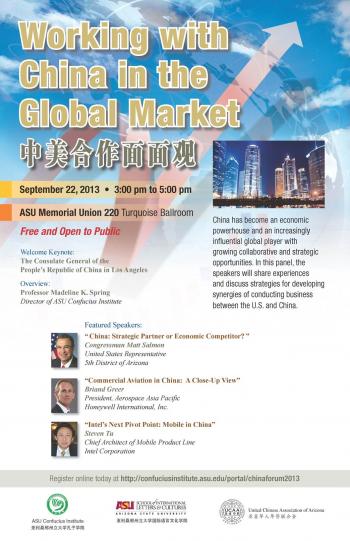 Aaron Atchison is one of the 10,149 academically distinguished students who joined Arizona State University this year as part of its 2013 fall incoming freshman class. The 18-year-old Chicago native joined the Walter Cronkite School of Journalism and Mass Communication to answer his true calling: storytelling. 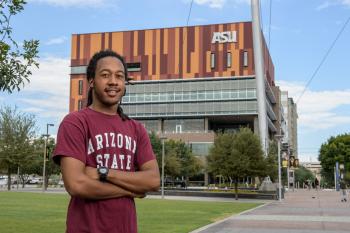 Atchison got his start in his senior year of high school when a chance meeting with Linda Lutton, an education reporter at Chicago’s public radio station WBEZ, led to his first internship this past summer.

As the station’s first high school intern, he worked under Lutton’s mentorship, recording sound for stories and programs at school policy events and Chicago Public School budget hearings, and even helping her break news. Atchison also participated in an on-air panel discussion regarding racial profiling of young African-American youth, especially males, in Chicago.

“Aaron showed tremendous initiative and a strong interest in journalism during his time at the radio station,” Lutton said during a phone conversation. “We wanted a young person who could be representative of the challenges and emotions students experience when they are transitioning from school to college. He proved to be that voice.”

As part of his public radio internship, Atchison also produced a feature called In their own words: Fear of freshman year. The radio story focused on the anxieties, excitement and dreams of college-bound high school students ready to embark on perhaps their greatest adventure yet.

“It took about a month to produce, and blood, sweat and tears were involved,” he says, laughing. “It was stressful but a great learning process.”

And Atchison will continue to scale that learning curve during his time as a student at Cronkite, one of the top three journalism schools in the nation.

“I applied only to ASU and the University of Missouri,” he says. “I ultimately chose Cronkite because of its excellent reputation, faculty and opportunities. Also, Walter Cronkite is known for ethical journalism. I hope to model my career after him.”

Even though he misses family, Atchison loves being in sunny Arizona and on ASU’s Downtown Phoenix campus.

“I look forward to gaining new experiences, understanding everyone’s point of view on different issues and working on my biases,” he says. “I also wish to study abroad and visit maybe Norway or Sweden.”

The journalism freshman hopes to translate his penchant for storytelling into creating documentaries on social issues for a living.

Every turn in a conversation with Atchison reveals layers of maturity, drive and awareness – self and outward – that surpass his age.

“I don’t like to fool around with time because time is money,” he says. “I want to have fun but I’m here to figure out what my purpose is.”

Atchison says his mother’s struggle and determination to provide her four children with a good education and deep roots have shaped his perspective on life. Growing up in Chicago also has played a part.

“Chicago still needs to overcome many of its challenges related to economic, social and racial status,” he says. “Just observing these differences inspires me to draw attention to them and tell stories that are not usually heard.”

And this sense of responsibility toward others is why, according to Lutton, Atchison stands out in the crowd.

“Aaron is ambitious, dedicated to the craft of journalism, a great person and has a genuine awareness and concern for social conditions – even those outside of his social sphere and experiences,” Lutton said. “At this age, most young people are looking inwards but Aaron looks outwards, around him, to find compelling stories and address issues. That is remarkable for someone his age.”