In a sense, Christopher Stojanowski “reads” bones to understand the past and its peoples. The Arizona State University bioarchaeologist, who specializes in dental anthropology, can glean information from a set of human remains that tell a great deal about that person’s life, as well as his or her cause of death. Inherited physical features, injuries, disease and nutrition are among the facets Stojanowski deciphers when examining a skeleton.


Expanding that approach to a collection of remains, he is able to piece together the origin and lifeways of an entire people. 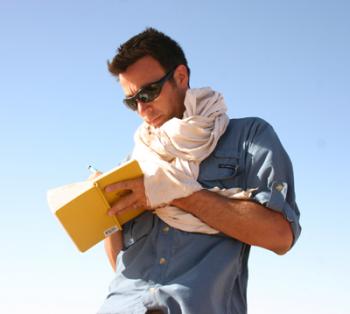 
“Ethnogenesis – the emergence of a people – is a complex topic and not typically considered in bioarchaeology,” said Stojanowski, who is an associate professor in the School of Human Evolution and Social Change in the College of Liberal Arts and Sciences.


Stojanowski has focused his work in two areas: North Africa and the Southeast U.S. He promotes the fact that evolutionary research does not have to be historical and descriptive. “You can use evolutionary analyses to say something a bit more humanistic about the human past,” he explained.


Of late, he has received attention for his research on the early Christianized indigenous peoples of the American Southeast, a subject he was drawn to after working at a field school at a Spanish Mission outside Tallahassee, Fla.


His research in this arena forms the basis of his latest book, “Bioarchaeology of Ethnogenesis in the Colonial Southeast,” awarded the 2011 Southern Anthropological Society’s James Mooney Prize, which recognizes distinguished research on the American South and its peoples.


The book revolves around data Stojanowski gathered from cemetery remains and analyzed to trace the evolving social identities of Native Americans living in Florida’s Spanish missions during the 17th century. Applying biological, social and historical lenses to the material, he brings to light patterns of epidemic disease and population decline, slave raiding and fugitivism from the Spanish missions. He makes the case for native Catholic populations of Florida being subjected to prejudice by the Spanish and English, as well as England’s indigenous allies, which led to the forging of a common social experience and gave rise to the development of a Seminole identity during the 18th century.


Now Stojanowski will switch gears and concentrate on the peoples of North Africa. “While working with historic populations has been interesting, I can’t help but think about the fact that most of human existence was spent in smaller hunter-gatherer societies, and my work in North Africa focuses on these peoples,” he stated.


Though his areas of specialization are continents apart, Stojanowski notes that his research in one region informs the other. “Much of the work on Spanish colonial Florida relates to declining health with agriculture and Spanish contact,” he said. “In North Africa, there is a nice parallel where the shift from food collecting to food production entailed increasing mobility and a focus on cattle pastoralism rather than settled agricultural villages, as in the Near East.”


Stojanowski continues to work on refining methods of analyzing the human body with respect to inherited features of the bones and teeth. He teaches courses on a number of topics, from human evolution to forensic and dental anthropology.

Approximately 60 high school students from around the state participated this week in the annual Cesar Chavez Leadership Institute, a six-day program hosted by ASU.

Lessons learned in the classroom were given real life application in the community to honor the life and legacy of civil rights leader Cesar Chavez.

Approximately 60 high school students from around the state participated this week in the annual Cesar Chavez Leadership Institute (CCLI), a six-day program hosted by Arizona State University. On June 16, students assembled and packaged donated medical and office supplies to several communities around the world at the Project C.U.R.E. distribution center at 2100 W. 14th St., Tempe, Ariz. 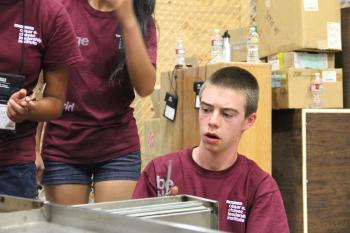 “A lot of people think they can’t make a difference in their community but I think they’re selling themselves short,” said 16-year-old Caleb Peckham, who will be a junior at Tempe Preparatory Academy in the fall. “This week showed me not only can we make a difference, we can make a big difference.”

In addition to participating in the community project, Peckham and other students attended several workshops exploring higher education, developing leadership skills, and examining the legacy of Cesar Chavez while living on the ASU campus.

Peckham said he didn’t know much about Chavez before, but won’t soon forget the impact he made on the lives of others.

“What he did for the lives of farm workers was monumental but he started out small,” Peckham said. “He came from very humble beginnings and his life shows us all that virtually nothing is impossible if you’re willing to work hard at achieving your goals.”

The CCLI was established in 1995 to honor Chavez for his servant leadership, commitment to higher education and community service.