Janine Benyus will receive the Doctor of Humane Letters honoris causa for her groundbreaking work specializing in biomimicry at the Arizona State University undergraduate commencement ceremony on May 9.

In her book “Biomimicry: Innovation Inspired by Nature,” Benyus names an emerging discipline that emulates nature’s designs and processes (e.g., solar cells that mimic leaves) to create a healthier, more sustainable planet. Since the book’s 1997 release, Benyus has evolved the practice of biomimicry, consulting with high-profile businesses and conducting learning seminars. 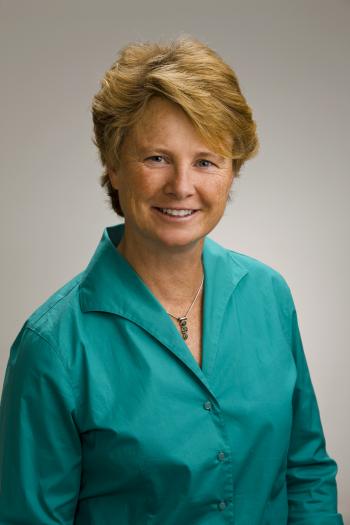 In 2006, Benyus co-founded a nonprofit institute to embed biomimicry in formal education and informal spaces such as museums and nature centers. More than 100 universities are now part of the Biomimicry Educator’s Network, introducing biology’s lessons to students who will one day design, engineer and manage our world. In 2008, the institute launched AskNature.org, an award-winning bio-inspiration site for inventors.

Benyus and her team combined the for-profit and nonprofit arms into a single B-Corp called Biomimicry 3.8. Working as a social enterprise, Biomimicry 3.8 is the world’s leader in biomimicry innovation consulting, training for professionals and curricula development for educators. Its mission is to inspire, educate and connect the growing community of biomimicry practitioners around the world.

Benyus has received several awards including The Heinz Award 2011, Time Magazine’s Hero for the Planet Award 2008, United Nations Environment Programme’s Champion of the Earth for Science and Technology 2009 and the Lud Browman Award for Science Writing in Society to name a few.

Her work in biomimicry has been featured in Fortune, Forbes, Newsweek, Esquire, The Economist, Time, Nature and more. In 2010, BusinessWeek named Benyus one of the World’s Most Influential Designers. In 2012, she received the Smithsonian Institution’s Cooper-Hewitt National Design Mind Award, given in recognition of a visionary who has had a profound impact on design theory, practice or public awareness.

An educator at heart, Benyus believes that the more people learn from nature’s mentors, the more they’ll want to protect them.

Gen. Dempsey to give keynote address at undergraduate ceremony

General Martin E. Dempsey will serve as the official speaker for the undergraduate ceremony on May 9 in Sun Devil Stadium.

Gen. Dempsey to give keynote address at undergraduate ceremony

General Martin E. Dempsey will serve as the official speaker for the undergraduate ceremony on May 9 in Sun Devil Stadium.

Dempsey serves as the 18th chairman of the Joint Chiefs of Staff. In this capacity, he serves as the principal military adviser to the president, the secretary of defense and the National Security Council. By law, he is the nation’s highest-ranking military officer. Prior to becoming chairman, the general served as the Army’s 37th chief of staff. 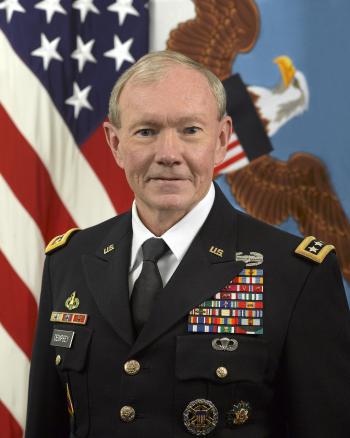 Past assignments have taken him and his family across the globe during both peace and war from platoon leader to combatant commander. He is a 1974 graduate of the United States Military Academy and a career armor officer.

As a company grade officer, he served with the 2nd Cavalry in United States Army Europe and with the 10th Cavalry at Fort Carson. Following troop command he earned his Masters of Arts in English from Duke University and was assigned to the English Department at West Point. In 1991, Dempsey deployed with the Third Armored Division in support of Operation Desert Storm. Following Desert Storm, he commanded 4th Battalion 67th Armor (Bandits) in Germany for two years and then departed to become armor branch chief in U.S. Army personnel command. From 1996 -1998 he served as the 67th colonel of the Third Armored Cavalry Regiment. Following this assignment as the Army’s “senior scout” he served on the Joint Staff as an assistant deputy director in J-5 and as special assistant to the chairman of the Joint Chiefs of Staff. From Sept. 2001 to June 2003, Dempsey served in the Kingdom of Saudi Arabia training and advising the Saudi Arabian National Guard.

In June of 2003, Dempsey took command of the 1st Armored Division in Baghdad, Iraq. After 14 months in Iraq, Dempsey redeployed the division to Germany and completed his command tour in July of 2005. He then returned to Iraq for two years in August of 2005 to train and equip the Iraqi Security Forces as commanding general of MNSTC-I. From August 2007 through October 2008, Dempsey served as the deputy commander and then acting commander of U.S. Central Command. Before becoming chief of staff of the Army, he commanded U.S. Army Training and Doctrine Command from Dec. 2008 - March 2011.

Dempsey and his high school sweetheart, Deanie, have three children: Chris, Megan and Caitlin. Each has served in the United States Army. Chris remains on active duty. They have seven wonderful grandchildren: Kayla, Mackenna and Finley by Chris and daughter-in-law Julie; Luke and Braden by Caitlin and son-in-law Shane; and Alexander and Hunter by Megan and son-in-law Kory.