The symposium will engage students from various local high schools on a critical discussion about identity and culture, from 8:30 a.m. to 4 p.m., Sept. 12, at ASU’s Preparatory Academy in downtown Phoenix. 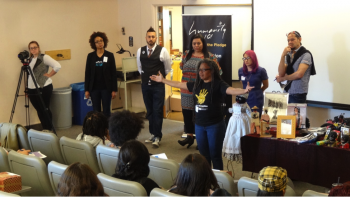 With today’s youth widely exposed to numerous types of cultural appropriation such indigenous stereotypes in sports, Project Humanities is providing a space where students can learn and discuss the value and necessity of cultivating positive communications, inclusive language, advocacy, self-awareness, and cultural awareness.

The students will discuss topics such as promoting social consciousness and developing personal responsibility among youth. The goal is for these student leaders to go back to their respective schools and share what they have learned with their peers.

Neal A. Lester, founding director of ASU Project Humanities, said that since high school students often unconsciously participate in acts and activities that involve cultural appropriation, having this critical conversation with and among them “has the potential to be really important and impactful, especially as we connect historical and everyday instances and patterns with cultural awareness, cultural sensitivity, and social justice.”

Kat Lazo, a prominent feminist media activist, will be the event keynote speaker. Having recently been honored by the Mic50 organization, Lazo is challenging the media daily by raising awareness about microagressions that the media portrays as ‘normal.’ She has spoken at events such as the UbyKotex “Break the Silence” campaign and Project Humanities’ cultural appropriation symposium last February. Lazo hopes to “spark people’s curiosity about what we consider normal.”

“Too often, conversations about ‘difference’ are critically uncomplicated and take place and remain at surface levels,” Lester said. “We hope to delve beneath the surface to discuss notions of ‘difference’ through the lens of American history and pop culture. Once we know histories, it’s impossible to ‘unknow’ what we know. We can certainly choose to ignore, but we cannot ‘unknow’.”

The symposium, which is funded in part by the Puffin West Foundation, is open to high school juniors, seniors, faculty and staff. The event is free of charge but registration is required. Sign up at ca-symposium2015.eventbrite.com. For more information visit humanities.asu.edu. 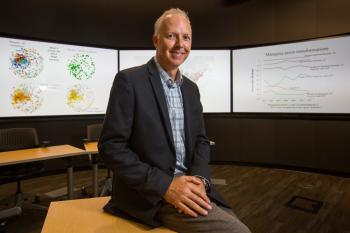