An important discovery has been made concerning the possible inventory of molecules available to the early Earth. Scientists led by Sandra Pizzarello, a research professor in the Department of Chemistry and Biochemistry in ASU's College of Liberal Arts and Sciences, found that the Sutter’s Mill meteorite, which exploded in a blazing fireball over California last year, contains organic molecules not previously found in any meteorites. These findings suggest a far greater availability of extraterrestrial organic molecules than previously thought possible, an inventory that could indeed have been important in molecular evolution and life itself.

The work is being published in this week’s Proceedings of the National Academy of Sciences. The paper is titled “Processing of meteoritic organic materials as a possible analog of early molecular evolution in planetary environments,” and is co-authored by Pizzarello, geologist Lynda Williams, NMR specialist Gregory Holland and graduate student Stephen Davidowski, all from ASU. 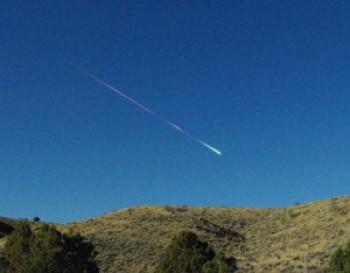 Coincidentally, Sutter’s Mill is also the gold discovery site that led to the 1849 California Gold Rush. Detection of the falling meteor by Doppler weather radar allowed for rapid recovery so that scientists could study for the first time a primitive meteorite with little exposure to the elements, providing the most pristine look yet at the surface of primitive asteroids.

“The analyses of meteorites never cease to surprise you ... and make you wonder,” explains Pizzarello. “This is a meteorite whose organics had been found altered by heat and of little appeal for bio- or prebiotic chemistry, yet the very Solar System processes that lead to its alteration seem also to have brought about novel and complex molecules of definite prebiotic interest such as polyethers.”

Pizzarello and her team hydrothermally treated fragments of the meteorite and then detected the compounds released by gas chromatography-mass spectrometry. The hydrothermal conditions of the experiments, which also mimic early Earth settings (a proximity to volcanic activity and impact craters), released a complex mixture of oxygen-rich compounds, the probable result of oxidative processes that occurred in the parent body. They include a variety of long chain linear and branched polyethers, whose number is quite bewildering.

This addition to the inventory of organic compounds produced in extraterrestrial environments furthers the discourse of whether their delivery to the early Earth by comets and meteorites might have aided the molecular evolution that preceded the origins of life.

Sarah M. Buel, clinical professor of law and founding director of the Diane Halle Center for Family Justice, recently presented on a panel at the American Bar Association Annual Convention in San Francisco.

Sarah M. Buel, clinical professor of law and founding director of the Diane Halle Center for Family Justice, recently presented on a panel at the American Bar Association Annual Convention in San Francisco.

The panel, “The Violence Against Women Act 2013,” addressed the March reauthorization of the act and history of the act, which originally was passed in 1994. 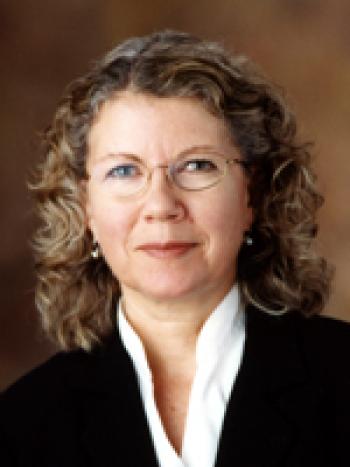 As a co-author of the original and successive bills, Buel discussed the evolution of the Act and how it came to include legislation provisions regarding LGBT communities, immigrants and Native Americans that had stalled the bill in the House for a long time.

The panel was co-sponsored by the ABA Sections on criminal justice, individual rights and responsibilities, the Commission on Domestic and Sexual Violence, and the Human Trafficking Task Force.