An Arizona State University researcher is calling into question recent findings that the human nose is capable of distinguishing at least 1 trillion odors.

Rick Gerkin, an assistant research professor with ASU School of Life Sciences, said the data used in a study made public last year does not support this claim. 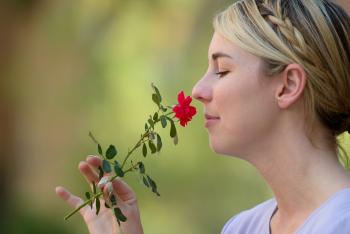 Arizona State University researcher Rick Gerkin disagrees with findings made public last year in the journal Science that humans can smell at least 1 trillion odors. In a new paper published in eLife, Gerkin and co-author Jason Castro present several arguments as to why the number of smells humans can distinguish is still unknown. Photo by: Andy DeLisle Download Full Image

According to Gerkin, this is important because findings from the 2014 study published in the journal Science are already making their way into neuroscience textbooks, misinforming up-and-coming investigators and cutting off potentially productive lines of research that do not adhere to those findings. Researchers from Rockefeller University and Howard Hughes Medical Institute authored that paper.

The new paper challenging the findings appears today in the journal eLife.

“We disagree with several aspects of the 2014 study,” said Gerkin, who co-authored the paper with Jason Castro, a professor with Bates College in Maine. “First, the assertion that humans can discriminate between at least 1 trillion odors is based on a fragile mathematical framework — one that’s capable of creating nearly any result with small variations in the data or the experiment design. So the result in question could be tens of orders of magnitude — a factor of one with dozens of zeros after it — larger or smaller than first reported."

Castro added: “We also point out that the conclusion in the 2014 paper relies heavily on untested assumptions about smell perception. And the equation used actually shows that the number of distinguishable smells is fewer than 1 trillion, not more, making the original claim inaccurate, and in fact the exact opposite of what the calculation actually shows.”

Gerkin and Castro show in their paper that if the experiment had used approximately 100 additional subjects, the same analysis would have shown that the human nose could discriminate all possible odors — clearly at odds with the data in the 2014 paper. Moreover, had the researchers used a slightly more conservative statistical analysis, it would have shown that humans can distinguish only 5,000 odors — about the same number generally believed to be true prior to 2014.

According to Gerkin, the number of smells humans can discriminate is the kind of fact that could flow naturally from a deeper understanding of olfaction — something we currently lack, but which must be established to better understand olfactory health and diseases of smell.

“Scientists can easily compute the number of discriminable colors because they know the organization of color perception,” Gerkin said. “For example, think about the color wheel we learned in elementary school or the red-green-blue color values that make it possible to display color on television.

"For smells, there is no accepted ‘smell wheel’ just yet. To make one, we must first discover the organization of olfactory perception. Only then can a principled calculation be used to determine how many unique smells there really are.”

The pair added that only when olfaction is better understood can researchers develop the tools needed to address health issues related to smell disorders, which often have a profound, negative impact on human well-being.

Gerkin studies how olfactory perception, learning and behavior are encoded in the brain. He also pursues neuroinformatics — the development of tools and standards to facilitate the collection, curation, dissemination and analysis of neuroscience models and data.

ASU School of Life Sciences is an academic unit of the College of Liberal Arts and Sciences.

Want to help stop violence? Don't 'like' it online

Want to help stop violence? Don't 'like' it online

It’s common for parents to wonder whether regular exposure to violent acts in the news can influence their children.

That concern is why some parents shield their kids from continuous coverage of school shootings, and why advocacy groups issue regular reports about the damaging qualities of violence in the media. 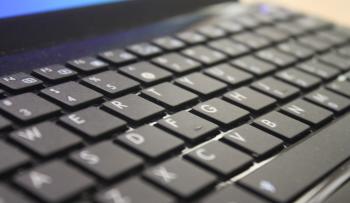 But research suggests parents should be less worried about what children are watching and more concerned with what they’re posting on social media – and who’s “liking” it.

His example is simple: A person who is praised for posting a racist joke on social media is more likely to use racist language in everyday life. The same holds true with sharing scenes of violence.

“So when young kids (post online) and get likes, the way they bring attention to themselves through violent things is highly reinforcing,” Dishion says. “There’s pretty good research that … they’ll do more of it in the future.”

Or, perhaps, even incorporate violence into “real life.”

“In general, the more you’re engaged with young people the less likely it is they will go down that road, extremely,” Dishion said. “It’s preventative. That’s the key message. Words have power.”

And, apparently, so do "likes." Which means another way to combat the spread of violence is to not "like" violent or negative social-media posts.