Randolph Nesse, founding director of Arizona State University’s Center for Evolution and Medicine, has been honored for his lifelong contributions to research in the field of evolutionary medicine and his efforts at making evolutionary biology a foundational part of the medical school curriculum.

The ASU Foundation Professor and professor of life sciences was given a Lifetime Career Award for Distinguished Scientific Contribution by the Human Behavior and Evolution Society, at the society’s annual meeting in May at the University of Missouri. The association’s most prestigious award is given to a member who has made distinguished theoretical or empirical contributions to research in evolution and human behavior. 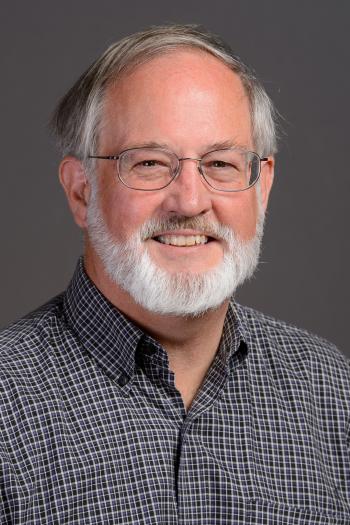 Randolph Nesse, has been given a Lifetime Career Award for Distinguished Scientific Contribution by the Human Behavior and Evolution Society. Download Full Image

“Nesse’s most visible achievement is the co‐founding and development of the wonderfully interdisciplinary field of evolutionary medicine,” wrote Sarah Blaffer Hrdy, the 2013 Lifetime Career Award winner and professor emerita of anthropology at the University of California-Davis, in her nominating statement. Comparing him to others in his field, Hrdy concluded, “Nesse is currently peerless.”

In receiving the award, Neese said, “This is an enormously appreciated recognition from so many who have worked to hard to build our [Human Behavior and Evolution] Society. It really has changed the world.”

Nesse is an internationally renowned expert on evolutionary approaches to mental illness and his research has had a profound effect in changing the way we think about human health. Nesse’s seminal work, in collaboration with George C. Williams, is the book "Why We Get Sick: The New Science of Darwinian Medicine," which has been translated into 10 languages and has inspired numerous conferences and hundreds of scientific articles.

Nesse’s wide-ranging research on stress, depression, anxiety, bereavement, substance abuse and the origins of morality have added greatly to the body of knowledge in the field. He founded and edits the scientific publication, The Evolution and Medicine Review.

Before coming to ASU, Nesse was a professor of psychiatry and psychology at the University of Michigan where he directed the Evolution and Human Adaptation Program, and helped to found one of the world’s first Anxiety Disorders Clinics. His early research on the neuroendocrinology of anxiety evolved into studies on the origins of aging, leading to a deep commitment to evolutionary applications in medicine.

The Human Behavior and Evolution Society is dedicated to the study of the evolution of human behavior and was founded at a 1988 meeting at the University of Michigan organized by Nesse and his colleague Bobbi Low. The society was formed to promote the exchange of ideas and research findings using evolutionary theory to better understand human nature. Nesse served as the second president and he chaired the publications committee for over a decade.

Electrical engineer Ja'Lon Sisson took full advantage of undergraduate research programs at Arizona State University to make his education the best that it could be.

Sometimes life reveals itself not in huge moments, but instead in smaller marks that make us who we are.

For Ja’Lon Sisson it was a fork in the road that many college students come upon. The work becomes difficult, there are a lot of distractions. They are faced with the question: “Do I have what it takes and can I make the sacrifices needed to achieve my goal?" 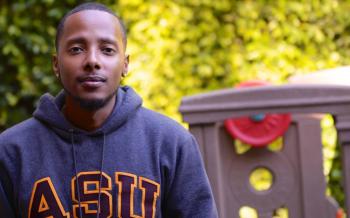 Electrical engineer Ja'Lon Sisson took full advantage of undergraduate research programs to make his education the best that it could be. Photo by: David E. Talbert Download Full Image

For Sisson, the answer was a resounding, “Yes.”

Halfway through his academic career at Arizona State University, in the Ira A. Fulton Schools of Engineering, the aspiring electrical engineer found himself on academic probation. Working 30 hours a week at FedEx to pay his bills, he struggled to find the time necessary to do his school work.

Coming “close to the edge” was a wake up call, informed by an experience in his home state of Nevada.

“I was interning at Nellis Air Force Base during the summer. I got to see the day-to-day operations of actual engineers, see how what I has learning in school could be applied to problems, finding solutions and things of that nature. I said to myself, ‘I want this.’ And I never looked back,” Sisson said.

And in that moment he made a choice. He quit his job, took out student loans and launched himself full-force into his education and research.

Sisson, a newly minted ASU graduate with a bachelor’s degree in electrical engineering, remembers wanting to be an engineer from the age of three or four. Like many young boys, he loved computers and video games.

“I loved to take things apart and put them back together,” he said.

He also wanted to work for NASA. He learned that ASU had a NASA Space Grant Program and he applied in 2014. He was accepted.

Under the mentorship of Daniel Bliss, associate professor in the School of Electrical, Computer and Energy Engineering, Sisson became a researcher. He worked on the simulation and design of radar systems within MATLAB, a tool for numerical computation and visualization. The initial simulated prototype was a mono-static radar that identified fixed targets, which was further developed into a bi-static model that actively tracked moving targets.

Sisson presented his work at the Space Grant Symposium the last semester of his senior year, he says proudly.

Lastly, his capstone project for his senior year focused on near field communications, or NFC, and how secure these systems are. Using Apple Pay on an iPhone to make a financial transaction is an example of NFC.

“I enjoyed so much working on that project with my friends. I loved being in the lab and getting my hands dirty,” said Sisson. “I also liked learning to give presentations to communicate why the research matters."

The young engineer, who said he never doubted his ability even when times got tough, is now headed to graduate School at Duke University on a GEM fellowship through the National Consortium for Graduate Degrees for Minorities in Engineering and Science. Intel, where he is working this summer, is his industry sponsor.

As for the future, Sisson is not sure what the long-term plan may be.

“I still don’t know enough. I want to find out what I love, and I am hopeful graduate school will help me find that,” he said.