What does the future hold for Sudan and South Sudan? What does their history tell us about these two nations that until July 9, 2011 were one? Will both – or either one of them – survive?

The Sudan Studies Association of North America, a group of Sudanese and Sudanist scholars, students and diplomats, is searching for answers to these questions and more. It holds a national meeting annually, and an international meeting every three years, and traditionally publishes a book comprised of papers presented at the international conference 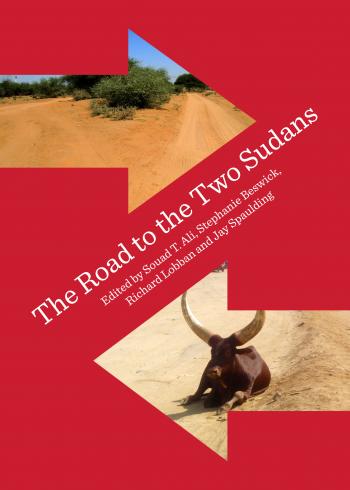 The most recent book, just issued by Cambridge Scholars Publishing, is titled “The Road to the Two Sudans.” It incudes 11 papers from the most recent conference, held at Arizona State University in 2012, as well as other papers. The book is co-edited by ASU associate professor Souad T. Ali and three others (professors Stephanie Beswick, Richard Lobban and Jay Spaulding).

The volume explores such topics as settlement and displacement in the Sudan; the 20th century decline of the Sudanese textile industry; agricultural development strategies for South Sudan; and prospects for political and economic stability in the Republic of South Sudan.

One chapter, by Sam L. Laki, titled “The Role of Oil in the Sudanese Civil War,” explores the impact of the discovery of oil in Sudan.

Laki, a professor of resource economics at the International Center for Water Resources Management, Central State University, Wilberforce, Ohio, who earned his bachelors degree from the University of Khartoum, writes that “during the colonial period (1898-1956), very little exploration for oil was done in the Sudan due to low oil prices and an oversupply of oil in the world.”

But in 1978, he notes, “Oil was discovered at Bentiu, Upper Nile region of South Sudan by Chevron, an American oil company. Former Sudanese President Jafaar Nimeiri intended to exploit the oil without acknowledgement of the fact that it was discovered in South Sudan.”

In 1989, when the Islamic fundamentalist regime of general Omer Bashir came to power through a bloody military coup, the regime soon began exploiting the country’s oil, according to Laki. “The junta used scorched earth policies to secure the area for oil development. The atrocities committed against the Dinka and Nuer people included burning of houses, bombing of defenseless civilians, raping of women and the abduction of boys and girls into slavery.

“These policies led to the depopulation and the displacement of people from their ancestral homes. The oil revenue was used to purchase arms, Mig fighters and helicopter gunships from Ukraine, Russia and China to persecute the bloody war. This tipped the war in favor of the pariah regime of Omer Bashir.”

Though a National Petroleum Commission was set up to monitor the petroleum industry of the two Sudans, Laki says that the amount of revenue going to South Sudan has never been close to “the amount stipulated in the Comprehensive Peace Agreement, and that there was a big discrepancy between the revenue reported by the government and that reported by the foreign oil companies.”

And what of Sudan’s textile industry?

In the early 1920s, Sudan’s Anglo-Egyptian government began exporting raw cotton from Sudan, to the dismay of the women who spun the fiber, according to Steven Serels. Serels, a Social Studies and Humanities Research Council of Canada Postdoctoral Fellow at Harvard University, writes in a chapter titled ”Spinners, Weavers, Merchants and Wearers: The Twentieth Century Decline of the Sudanese Textile Industry” that “free Sudanese women of all classes traditionally spun cotton thread and sold it in the market.” Profits from the sale of thread traditionally gave Sudanese women a small income, he said.

But over the years, Sudanese consumers lost much of their purchasing power, and “the proliferation of cotton development schemes harmed the Sudanese textile industry by reducing the supply of seed cotton available to female spinners," Serels wrote.

“After Word War II, when increased demand in Europe drove up the price of cotton and some segments of Sudanese society recovered their lost wealth, the weavers were hit by another blow: By then, many Sudanese men and women had taken to wearing clothing made from imported cloth. With no real market for their products, Sudanese spinners and weavers did not return to their craft.”

The Sudan Studies Association, founded in Washington, D.C., in 1981 and later moved to Rhode Island College, is now headquartered at ASU, and its president is Abdullahi A. Gallab, an associate professor in the School of Social Transformation and Religious Studies at ASU.

“It represents both Sudans,” said Ali, director of Arabic Studies in the School of International Letters and Cultures at ASU, a Fulbright Scholar, member of the Sudan Studies Association Board and the author of “A Religion, Not a State: Ali ‘Abd al-Raziq Islamic Justification of Political Secularism" (2009), who was the lead editor for “The Road to the Two Sudans."

The association's mission is to “promote the advancement of research, and ... facilitate the distribution of knowledge and understanding of the Sudan and its relationship to the wider world,” according to its constitution.

Most of the association's members are scholars either independent or with a university affiliation. Membership also includes students, activists and those interested in Sudanese studies, culture and politics from Sudan, the United States, Europe and, said Ali, virtually all around the world.

The hope of the Sudan Studies Association (SSA), said Ali, is that the scholarly work of the members will have an impact on the future of both Sudans.

“SSA’s research has been contributing through the past 33 years to Sudanese affairs (culturally, historically, politically, etc). Many publications (including our recent book) have contributed opinions and made suggestions for policymakers.

“The hope remains that these academic and scholarly efforts move from the theoretical level to be adopted toward a real change in the country toward establishing a true democracy.”

Ali and the other editors of “The Road to the Two Sudans” wrote in a description of the new publication for Cambridge Scholars, “As this book goes to press, the new Republic of South Sudan is itself wracked with violent conflict. The hopes to build a new, democratic and civil society in the south from the many inherited problems have now devolved to dysfunction itself.

“Reading this book will realistically help in understanding these ‘Roads’ taken. The editors and authors have created a multi-faceted account which reveals the complex foundations of these conflicts between north and south, and recently within the south itself.

“While Khartoum struggles onward with the Islamist project, regional conflicts and grave economic problems, Juba (the capital of South Sudan) stumbles with corruption, armed rebellion and a grave humanitarian crisis.

“The half-full glass of dreams of social and economic development supported by oil revenue has been replaced by a glass half empty with new varieties of political dysfunction in which both nations have grave problems in security and economic stability in a generally troubled regional ‘neighborhood.’”

Will there ever again be one Sudan, a new country of peace and democracy? Once more, as Laki described it, a united country of one million square miles, with a varied terrain of desert, savanna, wetlands, highland and tropical rain forests?

“It’s a possibility,” said Ali, who with her husband, Abdullahi A. Gallab, formed Al-Sudan Center for Democracy, Peace, and Civil Rights in Kent, Ohio, in 1997.

Gallab and Ali, both faculty members in ASU's College of Liberal Arts and Sciences, dedicate their diverse scholarship and academic expertise to Sudanese, African, Middle Eastern Studies and Islamic Studies. Ali is also chair of the ASU Council for Arabic and Islamic Studies fostering multiculturalism, dialogue and diversity at ASU and globally.

The story of an unlikely group of students from Phoenix who rose to the challenge and beat out Massachusetts Institute of Technology is now being told in a new documentary film, “Underwater Dreams.”

In 2004, an unlikely group of students from Carl Hayden High School in Phoenix, Arizona – located in an underrepresented, economically challenged part of the city – made national news when they beat out Massachusetts Institute of Technology and other colleges to win a national robotics competition.

Now the story of those students, including Arizona State University alumnus Oscar Vasquez, is being told in a new documentary film, “Underwater Dreams.” The film has already had premieres in Los Angeles and New York City, and will be premiering in Phoenix beginning July 18 at the AMC Arizona Center. 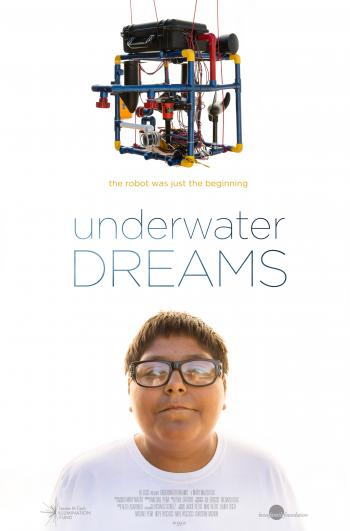 Since he was young, Vazquez had dreamed of attending ASU to pursue a college education. “I fell in love with ASU during a middle school field trip, with all the cool stuff they had. I never gave up the idea of getting a degree,” Vazquez says.

And in May 2009, he did just that. Vazquez listened to President Barack Obama's historic commencement speech, as he spoke to ASU graduates about making a difference and pursuing their dreams, no matter the obstacles – something he knew plenty about.

Later, Vazquez was also able to fulfill his other dream of joining the U.S. Army. He became a paratrooper, serving in Afghanistan for 10 months, and was granted citizenship at the close of basic training. He and his wife now live at Fort Richardson in Alaska with their two children.

Vazquez’ story is one of perseverance and achievement. “Underwater Dreams” revisits that story, highlighting how he and his classmates forged a legacy that continues to inspire students to this day.

For more information on tickets and pricing, or to view the trailer, click here.

To read a full profile on Vazquez, access the ASU Magazine article on him here.