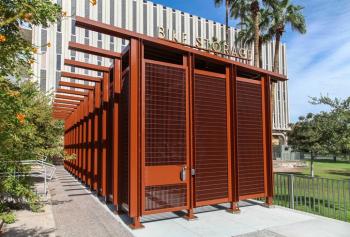 As a first-time applicant, ASU joins 100 colleges and universities across the country as a Bicycle Friendly University. In the Pac-12, ASU’s gold ranking surpasses eight other universities that also have been certified.

“We are honored to receive this award from the League of American Bicyclists and to see ASU’s efforts recognized,” said JC Porter, assistant director of commuter services for ASU Parking & Transit Services. “In the past year, we have transformed the bicycling culture at ASU and reinforced our commitment to meeting the transportation needs of all students, staff and faculty who bike to and from campus.”

The League of American Bicyclists is a non-profit organization dedicated to the promotion and advancement of cycling through advocacy and education. The league evaluates applicants based on their support of bicycling initiatives and access to convenient riding and parking areas. The organization issues four Bicycle Friendly designations – bronze, silver, gold and platinum. Certifications are valid for four-year terms and are subject to renewal for the same or higher ranking.

“Cycling on campus benefits the entire campus community by reducing traffic congestion, minimizing the use of valuable campus space for parking and providing cleaner air for all,” Lewandowski said.

She added ASU already possessed the framework for a robust bicycling program. However, she also noted the university’s certification prospects were bolstered by recent upgrades to the bicycle registration system and two League Certified Instructor seminars this past year.

In the coming weeks, ASU also will receive a special street sign that highlights the university’s gold certification.

Learn more about biking at ASU.

Arizona State University placed 28th in the "Best Bang for the Buck" rankings, up from 49th last year.

Arizona State University has been named among the top 30 universities in the country in Washington Monthly magazine’s 2014 college rankings. ASU placed 28th overall, up from 49th last year.

Universities throughout the country were rated based on their contribution to the public good in three categories: social mobility through recruiting and graduating low-income students; research that produces cutting-edge scholarship and doctoral students; and service that encourages students to give back to their country. 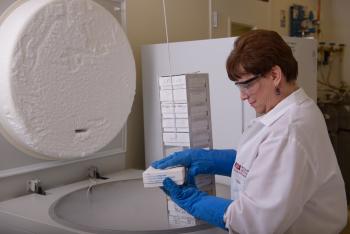 Universities were rated on social mobility through criteria such as percentage of students receiving Pell grants. Thirty-seven percent of ASU’s students received these grants last year. In addition, more than 56,000 students are receiving financial aid, with more than $1 billion being awarded.

ASU research has experienced dramatic growth over the year. In 2014, research expenditures reached $425 million, a 29 percent increase from 2010. Much of that research focuses on work in a broad range of strategic areas that impact the public good, from developing new health diagnostics to discovering reliable and efficient alternative fuels, to improving the ways in which we teach and educate children.

Service rankings consider factors such as the number of students and alumni who serve their country and their communities. ASU is 11th in the country for highest number of graduating seniors joining Teach for America, and 16th for highest number of volunteers from large national universities joining the Peace Corps. In addition, Changemaker Central at ASU received an Ashoka U – Cordes Innovation Award for its high-impact approach to positive change and innovation in social entrepreneurship last year.

ASU also placed 24th in the “Best Bang for the Buck” ranking for national universities, which is rated based on the economic value students receive per dollar.