ASU astrophysicists to probe how early universe made chemical elements

In the beginning, all was hydrogen – and helium, plus a bit of lithium. Three elements in all. Today's universe, however, has nearly a hundred naturally occurring elements, with thousands of variants (isotopes), and more likely to come.

Figuring out how the universe got from its starting batch of three elements to the menagerie found today is the focus of a new Physics Frontiers Center research grant to Arizona State University's School of Earth and Space Exploration (SESE). The grant is from the National Science Foundation's Joint Institute for Nuclear Astrophysics – Center for the Evolution of the Elements. Of the full $11.4 million NSF grant, about $1 million will come to ASU over five years. 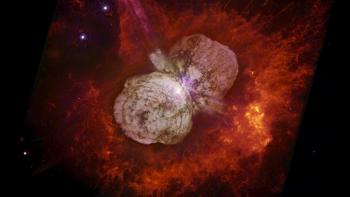 ASU astrophysicists have received an important research grant to study how massive stars, such as Eta Carinae depicted here, evolve and eventually seed the universe with heavy elements created by nuclear reactions inside them. Image by Nathan Smith (UC Berkeley)/NASA Download Full Image

SESE astrophysicist Frank Timmes is the lead scientist for ASU's part of the Physics Frontiers Center research project. Timmes, ASU's director of advanced computing, focuses his astrophysical research on supernovae, cosmic chemical evolution, their impacts on astrobiology and high-performance computing. He is also a scientific editor of The Astrophysical Journal.

Joining Timmes on the project will be astrophysicists Patrick Young, Evan Scannapieco and Sumner Starrfield, also from the School of Earth and Space Exploration In addition, the award will fund two postdoctoral researchers to collaborate on the effort.

Take it from the top

Time started 13.7 billion years ago with the Big Bang, which produced the basic three elements. Yet by the time the Bang was a billion years old, essentially all the other chemical elements we know had formed. How did this happen?

"It takes place inside stars," says Timmes. "They're the element-factories of the universe. They take light stuff, such as hydrogen and helium, process it in nuclear reactions, and then crank out carbon, nitrogen, oxygen and all those good things that make you and me."

While the broad outline is clear, details are a lot murkier, he says, and that's where ASU's researchers enter the picture.

"ASU's contribution is to provide the glue between experimental low-energy nuclear astrophysics measurements and astronomical observations of stars," Timmes says.

Ancient stars were fundamentally different from those today, he notes, because they started off with a different collection of initial ingredients – no heavy elements. But those first-generation stars are gone.

As Timmes explains, "The stars that began back then went through their life cycles and died, so we naturally don't directly see them today. But when they died, they exploded and threw out little bits of carbon, oxygen and nitrogen, which ended up in the next generation of stars."

Round and round in cycles

The sun, its planets and moons all formed about 4.5 billion years ago. Most of the elements they contain didn't exist when the universe was young, so what generation does the sun belong to?

"We are the product of many, many, many previous generations of stars."

The researchers at the School of Earth and Space Exploration plan to develop computer models of stars of all sizes, masses and chemical compositions, then set them on their life courses. It's building stars in computers and comparing them to observations of stars to see how the universe builds them for real.

"The toughest theoretical problem we have to work on is how stars explode," says Timmes. "In a loose, hand-waving sense, we know that stars explode, of course, but exactly how it happens isn't well-known or understood."

The new research project fits well with the expertise of the school's astrophysicists. And there's another plus as well. With this project, ASU is joining a small group of research centers that deal with "Frontiers Physics." The entire country has only about ten such centers, Timmes explains. Highly competitive and highly sought-after, they cover subjects such as biological physics and theoretical physics.

But there's just one nuclear astrophysics center, he says. "And it's great that ASU is going to play a key role in it." 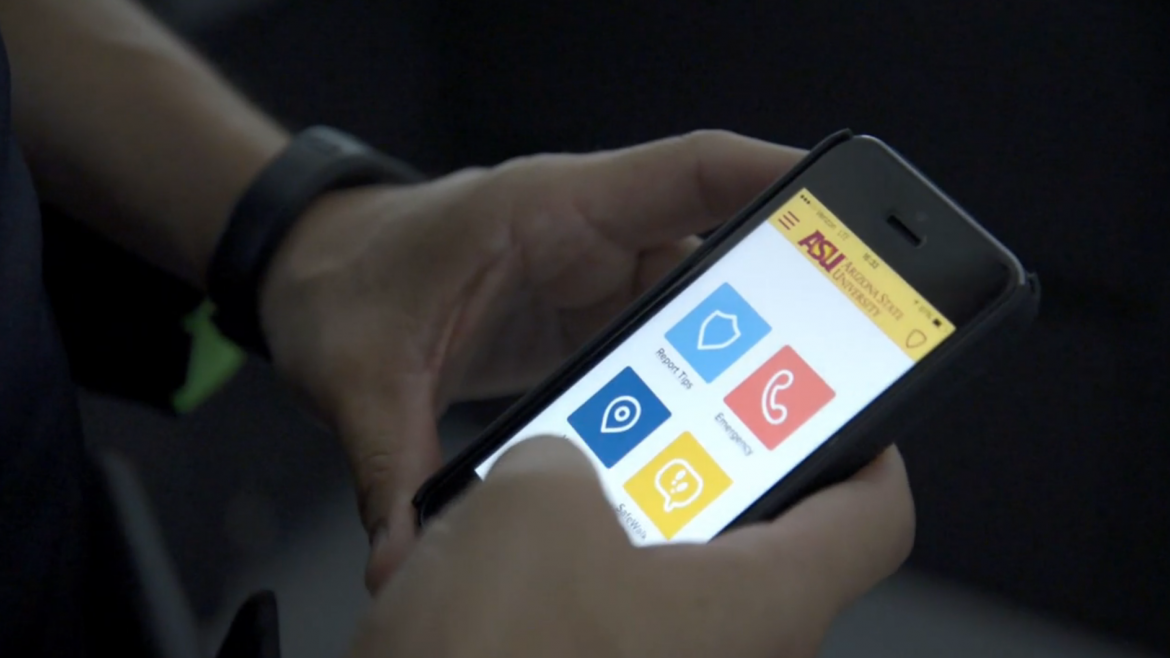 For more information on the LiveSafe app visit cfo.asu.edu/police-livesafe.

Solutions Office of Business and Finance