Lim Chuan Poh, chairman of Singapore’s Agency for Science, Technology and Research (A*STAR), will be awarded an honorary degree from Arizona State University at the spring undergraduate commencement. A*STAR is a lead government agency in Singapore dedicated to fostering world-class scientific research and talent for a vibrant knowledge-based economy. 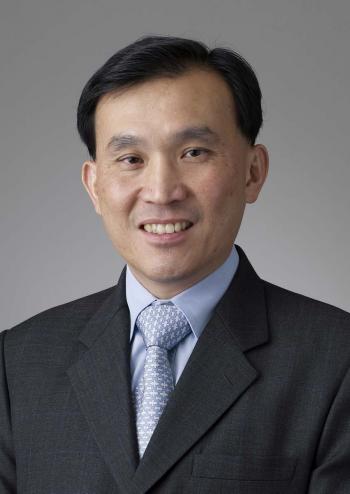 Prior to taking the helm at A*STAR, Lim was Permanent Secretary at the Ministry of Education (MOE). At MOE, he oversaw the transformation of the publicly funded universities into Autonomous Universities (AUs) to enable them to reach new peaks of excellence. He also reviewed the university research framework that led to the creation of the Academic Research Council and a new Academic Research Funding Framework.

Lim spent 23 years with Singapore Armed Forces and last held the office of Chief of Defense Force. During his term, he managed the operational deployment of SAF Peacekeeping Troops to Timor Leste. Contributing to defense diplomacy, Lim hosted the inaugural Pacific Armies Chiefs Conference and the first Chiefs of Defence Conference to be held outside the US.

In recognition of his significant contributions, Lim was awarded, among other recognitions, the Public Administration Medal, the Meritorious Service Medal, the Legion of Merit (Degree of Commander) in both 1999 and 2001, the Knight Grand Cross of the Most Exalted Order of the White Elephant (Thailand) in 2001, and the Bintang Yudha Dharma Utama (Indonesia) – The Grand Meritorious Military Order – 1st Class.

Nelson Broms will be bestowed the prestigious University Medal of Excellence at the spring undergraduate commencement.

Nelson Broms, a former Chairman, President and Chief Executive Officer of The Equitable Life Holding Corporation, will be bestowed the prestigious University Medal of Excellence at the spring undergraduate commencement. 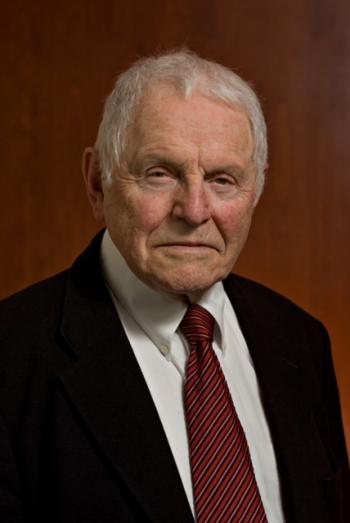 While at The Equitable Life Assurance Society of the United States, Mr. Broms served in senior management capacities including Chief Marketing Officer and Chief Strategy Officer. After leaving the Equitable, he served as a Partner and Chairman of the Executive Committee of Clayton & Dubilier, a leading leveraged buy-out management company. Mr. Broms co-founded and served as Vice-Chairman of Financial Security Assurance Holdings Ltd. (FSA), raising $233 million of first round capital for this game changing insurance company.

Mr. Broms served as a Director, Chairman of the Audit Committee, and member of the Strategic Planning Committee of Contel, Inc. until its $6.6 billion merger with GTE, Inc. (NYSE) in 1991. He influenced Contel’s participation in its early efforts to develop and acquire cellular technology and properties, which participated in today’s convergence of telecommunications and electronic information services.

Mr. Broms was instrumental in the formation and development of the managed health care and financial services sectors in the U.S. Currently, Mr. Broms provides strategic leadership to diverse organizations in both the for-profit and not-for-profit sectors and is respected as a strategic advisor and leader in the evolution of organizations.   Mr. Broms was a co-founder and/or board member of the Manhattan Institute for Policy Research, the Ethics Resources Center in Washington, the Women’s Museum for the Arts, the Council on Economics & National Security, and the Family Academy in New York City.

Enlisting in the summer of 1940 and serving through World War II, Mr. Broms served with distinction in the United States Army as assistant general staff officer in Headquarters’ Third Army and Headquarters' Ninth Army in Europe. He holds the Honorary Doctor of Letters Degree from Sacred Heart University, was visiting entrepreneur at Columbia University, and founded the chair in Private Enterprise while on the Hofstra University Council. In November 1978, Mr. Broms, gathering several other business men and enterprenuers, visited China in several major cities. Directly contributing to the success of ASU, Mr. Broms has served as Strategic Senior Adviser to Michael Crow, sharing his views on knowledge entrepreneurship, intellectual fusion and social consciousness.