A five-year, $1.24 million grant will help to better identify children who are victims of sex trafficking in Arizona and provide training to child welfare professionals to improve outcomes.

The U.S. Department of Health and Human Services Administration for Children, Youth and Families awarded the funding to Dominique Roe-Sepowitz and Judy Krysik. Both are professors and researchers in the School of Social Work, part of the College of Public Programs at Arizona State University. The project will be a collaborative effort involving the ASU Office for Sex Trafficking Research Intervention, the ASU Center for Applied Behavioral Health Policy and the Arizona Department of Child Safety. 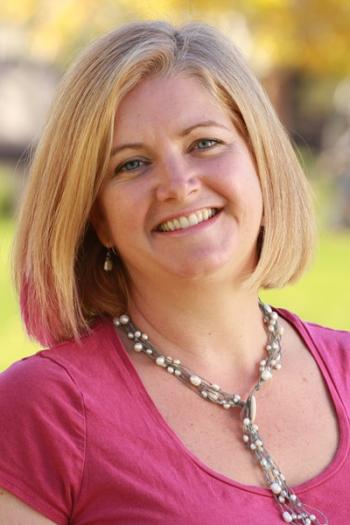 “We’re very excited to partner with the Arizona Department of Child Safety to develop a system-wide awareness of the commercial sexual exploitation of children,” says Roe-Sepowitz, director of the Office for Sex Trafficking Research Intervention. ”We look forward to helping child welfare workers prevent, identify and find appropriate treatment resources for victims of sex trafficking.“

The Office for Sex Trafficking Research Intervention provided training earlier this year to representatives of 32 Arizona agencies that deal with kids in the state’s juvenile delinquency system. A follow-up survey identified 161 sex trafficking victims who receive services through a juvenile court-approved program. The survey was considered a snapshot of the problem. The federal grant will allow researchers to more thoroughly examine the magnitude of children who are exploited through sex trafficking.

“The first aspect is to learn about how large the prevalence is of sex trafficking victimization that we see in children in child welfare,” Roe-Sepowitz says. “To be able to do that, we have to train child welfare workers how to recognize these situations.”

The project will include an annual statewide summit to increase community awareness of children who are sex trafficking victims. It will feature multiple days of clinical training for professionals in the child welfare system. The grant will also create a community work group that spans Arizona, allowing various agencies to discuss specific cases in the child welfare system.

“What we really want is that child welfare workers, number one, identify this is as a safety issue for youth,” says Roe-Sepowitz. “Number two, intervene as needed. Number three, if they understand there are risk factors that are specific for these kids – things like running away multiple times a year, having a history of childhood sexual abuse, teen dating violence, not having really high self-esteem, being drawn to boys or men who are older than them – those are some of the things that we know make someone more likely to be victimized in sex trafficking. So, if we can train child welfare workers to identify those predictors and then ask some extra questions, maybe we can prevent quite a number of victims.”

Despite being so few in number, minority STEM students at Arizona State University have formed a tight-knit community through a national organization created to support them.

Finding the right kind of academic support during college, especially when pursuing a degree in science, technology, engineering or math (STEM), is said to be an important strategy for success. Yet locating a community of like-minded peers can be difficult for some minority students considering a 2012 National Science Foundation report showed Hispanic and American Indian students make up only about 10 percent of those pursuing STEM degrees.

Despite few in number, minority STEM students at Arizona State University have formed a tight-knit community through a national organization created to support them. 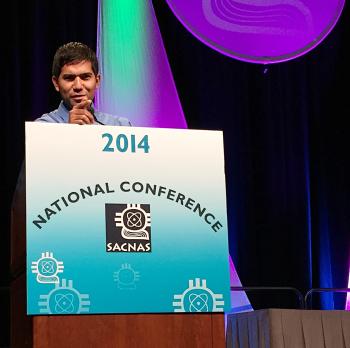 The Society for the Advancement of Hispanics/Chicanos and Native Americans in Science (SACNAS) was founded in 1973 to foster the development of minority students. There are 110 chapters at institutions throughout the U.S., including an active chapter at ASU led by a number of undergraduate and graduate students within the School of Life Sciences.

“Nationally, SACNAS’ goal is to create new opportunities for minority groups in STEM fields, an effort that leads to more diversity in those areas,” said Diana Arroyo, a junior majoring biology and marketing chair for SACNAS’ ASU chapter. “Since our chapter is fairly new, we’re trying to expand our active membership to find new resources — such as internships and research opportunities.”

“There are a lot of students who could really benefit from being part of a supportive community,” Nicacio said. “To join, all you need to do is come to our meetings.”

Members also participate in large events, such as the SACNAS National Conference held in Los Angeles in mid-October. According Ivan Fernandez, a junior majoring in biology and vice president of the group, more than 3,000 people attended to share research, give presentations and learn about career opportunities.

“My favorite part of the conference was personally meeting so many like-minded people,” Fernandez said. “Whether they were students, faculty or professionals, everyone wanted to get to know each other and learn from one another.”

Having so many members together at one time can have a lasting effect on attendees, according to Jorge Ramos, a doctoral candidate in ASU’s environmental life sciences program and a veteran SACNAS member. Ramos was introduced to the organization 11 years ago as a sophomore at the University of Texas at El Paso.

“The day the bus was leaving for the 2003 National Conference in Albuquerque, a colleague and my mentor convinced me to join the group and experience what SACNAS was all about,” Ramos said. “After that trip, I was so inspired to bring the national conference experience to my campus.”

When he returned, Ramos co-founded the UTEP SACNAS chapter. After graduating, he pursued his master’s at University of Washington and joined the chapter there. Now, he uses his experience to advise ASU chapter members, write letters of recommendation, review scholarship applications and talk about research opportunities.

To learn more, the chapter maintains a Facebook page called SACNAS at Arizona State University. The executive board posts event and career information on a regular basis. The chapter’s executive board can be reached at asu.sacnas@gmail.com.