Welcome in the new year with Sun Devil Women’s Basketball when they face California at 3 p.m. Jan 1.

It will be a game of firsts featuring a post-game yoga class on the court.

Fans who bring their yoga mats on game day will receive a $1 game ticket at the box office.

It’s also the first Take a Kid to the Game promotion of the 2017 year. Children 12 and younger will receive free admission to the game with a regularly priced adult ticket purchased at the box office.

Be sure to arrive early to enjoy snow and complimentary hot chocolate, provided by Sodexo, during Snow Day in the Sun Devil Arboretum.

Festivities start at 2:30 p.m. with a pre-purchased $5 discounted game ticket. The first 1,000 fans in attendance also will receive a Coach Charli Big Head.

Sun Devil Women’s Basketball is back in action on Dec. 21 as they host Holy Cross at 5 p.m. during Maroon Monsoon.

Be sure to wear maroon and arrive early as the first 1,000 fans in attendance will receive a Maroon Monsoon T-shirt.

The team will take on Oral Roberts on Saturday, Dec. 17 during Native American Day. Enjoy festivities starting at noon with authentic goods, food and entertainment around the outside concourse of Wells Fargo Arena on the Tempe campus before tip-off at 2 p.m.

Night of the Open Door: Deadline to submit activities is Dec. 9

ASU units interested in participating in the 2017 Night of the Open Door are reminded that the deadline to submit proposed activities is Friday, Dec. 9.

Night of the Open Door (NOD) is ASU’s annual showcase of the people, programs and spaces that make the university No. 1 in the U.S. for innovation. Every year ASU invites the local community to visit any of the five campus locations, allowing visitors the opportunity to participate in hundreds of interactive activities, explore the innovative learning spaces, and talk directly with students, faculty and staff.

Last year, Night of the Open Door offered more than 300 activities and attracted an estimated 30,000 visitors.

For more information, visit the Night of the Open Door website, e-mail asuopendoor@asu.edu or contact Darci Nagy at 480-727-0647.

Mengyu Liu, an Arizona State University freshman student majoring in piano performance, has been selected as the 2016-2017 OneAZ Credit Union Student Carillonneur. Liu received a $500 scholarship from OneAZ Credit Union. She will perform two concerts during the spring semester and assist with playing ASU’s Symphonic Carillon at other events.

Liu studies with Robert Hamilton in the Herberger Institute for Design and the Arts School of Music. She was born in Shaoyang, China, and resides in Changsha, China. She began studying piano at the age of 5, and studied English in high school. She plans to teach as well as perform. 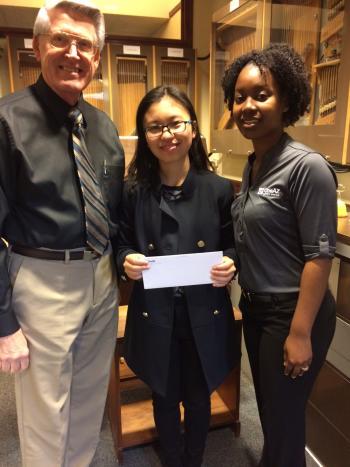 Liu became interested in the carillon after visiting and playing the instrument, which is housed in the Lower Level of Old Main. “I found it was very amazing and mysterious, with its sound quality, its pedal and its variety in bells,” she said.

“Also, I consider its similarity with church music. When I was listening to the music that played on campus during every evening, I was surprised what instrument it was and how it played this kind of music.“

Liu also hopes to “make people hopeful and happy to life,” she said. “For this, I have some qualifications that are helpful for learning the carillon. First of all, I am a warmhearted person and I will make my music more affected.”

She also wanted to learn to play the carillon because it is a new instrument and a new challenge.

Liu chose to study piano at ASU because of its location — far from the competitiveness and bustle of New York City, where many aspiring musicians choose to go.

“ASU is a good place to study and be quiet to think. I don't want to be so competitive as to lose my own dream.”

As teaching faculty plan their next courses, ASU Libraries would like to highlight its course rserve service. Course reserves provides shared access to required course material for students enrolled in specific courses.

Teaching faculty may submit requests that include books, journal articles and media from the libraries’ collection as well as personal copies of text books and other readings, if available. Library-owned videos may also be made available via streaming services.

To ensure that course reserve materials are available at the beginning of the semester, teaching faculty are encouraged to submit requests as early as possible. Requests are processed on a first come, first served basis, and some may take several days or longer to process if checked out materials need to be recalled or new materials ordered. Course reserve staff at each library location will be able to provide more specific information on the copyright process.

For more information about the course reserve service and for contact information for your specific library location visit https://lib.asu.edu/access/reserves.

Gary Schwartz, who has devoted his career to unlocking the mysteries of human's unique life history through examining how our teeth grow, has been named a fellow of the American Association for the Advancement of Science (AAAS).

Election as an AAAS Fellow is an honor bestowed upon AAAS members by their peers for their scientifically or socially distinguished efforts to advance science.

High-resolution image of the growth lines of a tooth — similar to growth rings of a tree. Much can be learned from understanding how an individual lived by studying their history through their teeth. Image courtesy of Gary Schwartz

Schwartz was cited for his “distinguished contributions in the evolutionary history of primate and human growth and development as evidenced from developing tooth tissues.”

Over the past 20 years, Schwartz’s research has combined evolutionary, developmental, histological and 3-D imaging approaches applied to a range of living and extinct primates, as well as our fossil human ancestors, to probe how the growth of teeth and the timing of important dental developmental events illuminates the evolutionary foundations of our unique life history.

“The distinguishing characteristic of our species,” said Schwartz, “is our unique ‘life history’ or the pace at which we grow, mature, produce offspring and die. Amazingly, the overall timeline of a species' growth and development is preserved in the microscopic details of how our teeth grow and when they emerge into our mouths.”

A research associate with the Institute of Human Origins and an associate professor in the School of Human Evolution and Social Change, Schwartz works collaboratively across many scientific disciplines to understand how, when, and why we “became human.”

When he received the notice, Schwartz said he was “bowled over. It is such an honor to have my work recognized by my peers, and I am looking forward to getting involved in the society.”

This year’s AAAS Fellows will be recognized on Feb. 18, 2017, at a special fellows forum at the annual meeting of the AAAS in Boston. 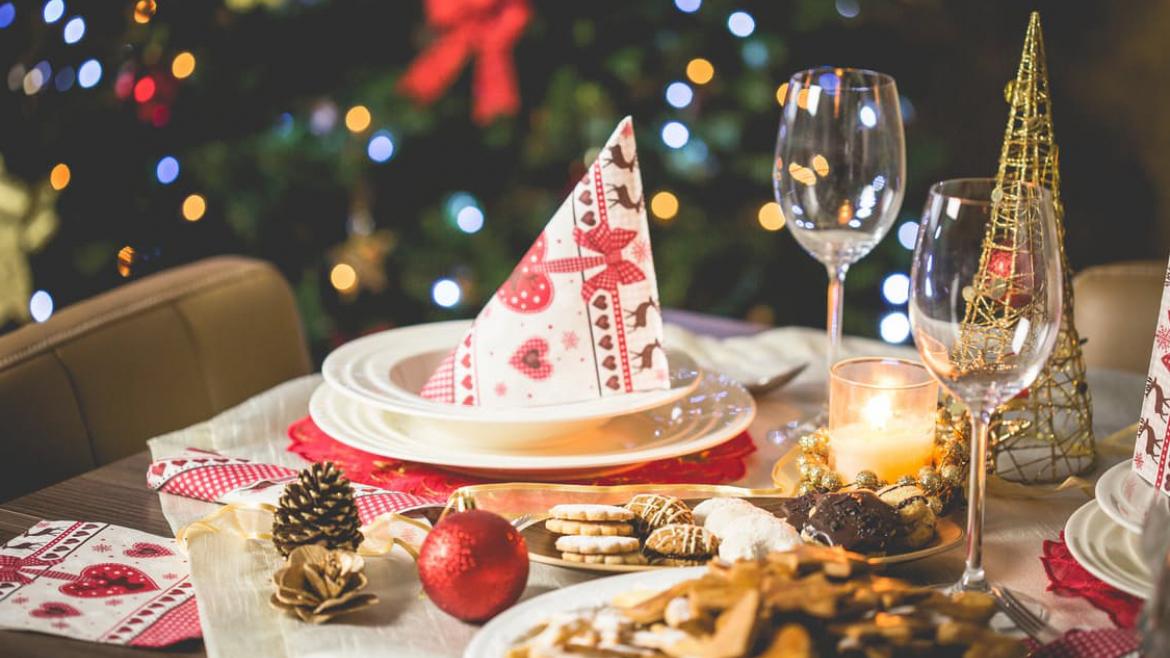 Downtown Phoenix campus
Staying hydrated is key when traveling by plane for the holidays.
Just say no to holiday-meal leftovers. Donate them or bring them to work.
Taking time for yourself is essential amid holiday stress.
Watch ASU video of yoga poses that can help you make it through holiday season.
November 18, 2016

Even health nuts overdo it on pumpkin pie, after-dinner couch naps and “It’s a Wonderful Life” marathons this time of year, but a pair of ASU professors say a bit of planning and opportunism can help anyone have a healthier holiday season.

School of Nutrition and Health Promotion professors Jennifer Huberty and Christopher Berger share some tips with ASU Now from their areas of expertise to help you eat well, stay active and de-stress. Huberty specializes in yoga and mindfulness, and Berger’s focus is healthy air travel.

Here are their suggestions:

“Always bring food,” Berger said, noting that although airports have healthy options, it’s often easier for travelers who are in a rush and looking for something cheap to grab a snack that’s high in saturated fat and sugar.

He suggests durable foods, like citrus fruits and granola bars, and items that won’t get smashed in your suitcase or create a lot of weight.

“It goes without saying, but stay hydrated,” Berger said. “When you get up to the altitude modern airliners fly at, the air is really dry. And there’s clearly a connection between perceptions of fatigue and being hydrated. You’re not just jet-lagged, you’re probably dehydrated.”

An easy way to feel like you’re still indulging without paying for it later?

“Make an effort to think about healthier alternatives to traditional recipes,” said Huberty, “especially in terms of fillings. There are lots of options for substitutions, and a good resource for that is Pinterest.”

And when it comes to leftovers, just say no.

“If you want to splurge on a traditional meal, don’t eat the leftovers. Eating that way for one day is not a big deal,” she said. “It’s the leftovers where the weight gain comes in.”

In terms of a climate-controlled environment for moderate exercise, an airport is great, Berger said. Pack a pair of walking shoes and spend that layover burning calories. Phoenix’s Sky Harbor International Airport, and many like it, even have designated walking trails.

“And you can always find room to stretch,” he added.

“When you have family at your house, or even if you don’t, stress can throw off your routine,” Huberty said.

But maintaining a healthy level of physical activity is key. She suggests making it a habit to take three, 10-minute walks every day when you have spare time. If you can’t seem to find any, encourage group walks after meals, or just get up a little bit earlier in the morning for a solo stroll.

Huberty is also a big proponent of yoga, which requires only enough space to move comfortably. (See the video below, in which she demonstrates some basic yoga poses that can be done anywhere, even by beginners.)

One thing there’s a lot of at airports: space. So if what you need is a couple minutes to yourself to maintain your sanity, Berger says to just “go find a gate that’s not being used.”

“It’s a great place to do yoga or meditate so you can be more relaxed for your flight,” he said.

Back at the ranch, Huberty says it’s important to take time out for yourself.

“Find a quiet room, spend some time alone and decompress,” she said.

Also, breathing exercises can help with relaxation and calming anxiety, and they can be done anywhere. There’s even a handful of apps for that.

Huberty also says yoga is as good for the mind as it is the body.

For those interested in accessing more yoga instructional videos, Huberty is a research partner with Udaya.com, which offers a library of more than 400 classes, fitness programs and health and wellness challenges. Use the coupon code ASUxUDAYA for a discount.

The event offers special pricing on all Dell computers, Microsoft Surface Pro 4 and Surface Books, as well as all Apple computers including the all new MacBook Pro models. This pricing is on top of the already discounted pricing regularly offered.

It is highly recommended that customers place a no-obligation reservation to ensure their machine will be waiting for them on event day. Reserve today for in-store pick-up, and free delivery is available to all ASU campuses.

All of the details including model information and the exact prices are available on www.SunDevilMarketplace.com or e-mail marketplace@ASU.edu.