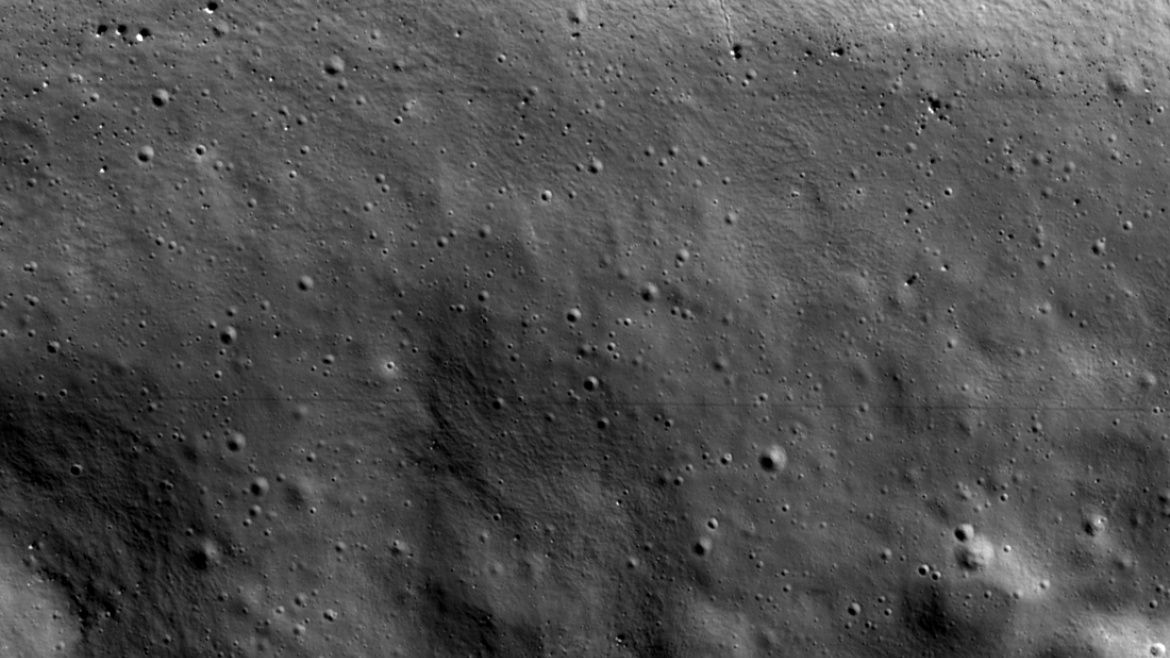 While most of us were celebrating the holidays, a spacecraft called the Korean Pathfinder Lunar Orbiter (KPLO) was tucking itself into orbit around the moon. A few weeks later, its first images were ready to share.

Bolted on to one side of KPLO is ShadowCam, a NASA instrument. It’s a camera that can see into the dark, unlit areas of the moon’s permanently shadowed craters — places astronomers have never seen. ShadowCam’s first image is of an area inside the Shackleton Crater, near the lunar south pole. ShadowCam is now sending back more images and checking its systems.

“The most important thing is to know the truth,” said ShadowCam Deputy Principal Investigator Prasun Mahanti. “In order to do that, we must make sure the camera is really telling us what we need it to tell. So this is the calibration month. This is the month where we check that. This is when our report cards come out for the camera.

“And then from February is when the mission campaigning, the mapping, really, really starts,” added Mahanti, an assistant research scientist for Arizona State University's School of Earth and Space Exploration.

Space scientists say those permanently shadowed craters are some of the coldest places in our solar system. That’s one reason they may contain water ice.

“So you might ask, 'Where does this water come from?'” said NASA Principal Investigator Mark Robinson, adding that this question comes up a lot when he describes the mission.

“Well, we know that comets impact the moon; small ones, medium ones, every day. These objects hit the Earth, but the Earth’s atmosphere protects us. And so they burn up in the upper atmosphere and we don't ever see them. But when they hit on the moon, most of that, those volatiles end up going back out into space. But a small percentage of them, through random hops, land in these permanently shadowed craters, and they can collect there.

“So the big question is ... how much water is there? How much of these other volatiles are there? We don't know.”

“Right now, we have hints that they're there from much lower-resolution experiments like radar, neutrons maps and ultraviolet imaging,” said Robinson, a professor in the School of Earth and Space Exploration.

“But it's all, you know, fuzzy, so to speak. The picture's really fuzzy. So we're trying to sharpen the picture down to the scale of a meter of what it looks like inside these craters.”

He said it will take about six months to one year to generate enough images from these dark places to draw some conclusions. Robinson and his team have been operating NASA’s Lunar Reconnaissance Orbiter Camera since 2009 from inside ASU’s science operations center.

See the first image and future images at ASU’s ShadowCam website. KPLO is operated by the Korea Aerospace Research Institute, and updates can be found on its mission website.

Petr Šulc, an assistant professor at Arizona State University's School of Molecular Sciences and the Biodesign Center for Molecular Design and Biomimetics, has recently earned a Faculty Early Career Development (CAREER) award from the National Science Foundation.Šulc's lab is highly interdisciplinary and applies broadly the methods of statistical physics and computational modeling to problems i...

Šulc's lab is highly interdisciplinary and applies broadly the methods of statistical physics and computational modeling to problems in chemistry, biology and nanotechnology. The group develops new multiscale models to study interactions between biomolecules, particularly in the context of design and simulations of DNA and RNA nanostructures and devices. 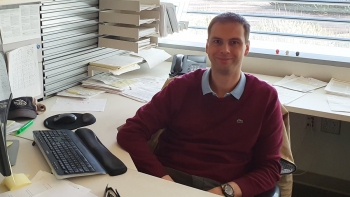 “This research award will allow our lab to expand the scope of systems that we study and allow us to design a new class of nanodevices and nanomaterials that incorporate DNA, RNA and proteins, as well as other molecules,” explained Šulc. “Just as complex machines in our everyday use — planes, cars and chips in electronics — require sophisticated computer-aided design tools to make sure they perform a desired function, there is a pressing need to have access to such methods in the molecular sciences.”

Professor Tijana Rajh, director of the School of Molecular Sciences, said, “Petr Šulc and his group are doing extremely innovative molecular science, using the methods of computational chemistry and physics to study DNA and RNA molecules in the context of biology as well as nanotechnology. Our younger faculty members in the School of Molecular Sciences have an extraordinary record of achievement, and Professor Šulc is an exemplar in this regard.”

The prestigious CAREER program supports the early career development activities of teacher-scholars who most effectively integrate research and education within the mission of their organization. It provides five-year research grants to each recipient.

DNA and RNA are the basic molecules of life. They fulfill many functions, including information storage and information transfer in living cells. They also have promising applications in the field of nanotechnology where designed DNA and RNA strands are used to assemble nanoscale structures and devices. As Šulc explains, “It is a little bit like playing with Lego blocks except that each Lego block is only a few nanometers (a millionth of a millimeter) in size, and instead of putting each block into the place where it should go, you put them inside a box and shake it randomly until only the desired structure comes out.”

This process is called self-assembly, and Šulc and his colleagues use computational modeling and design software to come up with the building blocks that reliably assemble into the shape one wants at nanoscale resolution.

“The promising applications of this field include diagnostics, therapeutics and building of new materials,” says Šulc. “My lab has developed the software to design these blocks, and we work closely with experimental groups at ASU as well as other universities in the U.S. and Europe. “

They are also interested in the application of machine learning methods to biological sequence ensembles and use neural networks to design DNA or RNA sequences that will specifically bind to a target protein of interest, such as the SARS-CoV-2 spike protein.

Computer-aided design software is often used in our macroscale world to design computer chips, cars and planes so that the device operation can initially be tested and optimized in simulation. Construction at the nanoscale, however, presents multiple challenges. As opposed to our macroworld, nanostructures are typically obtained by self-assembly, where individual components randomly diffuse until they meet and assemble into a target structure.

In order to obtain more complex structures that will self-assemble in high yields, there is a need for a new simulation framework that can efficiently and, at the same time, accurately represent the assembly and function of the nanostructures.

Šulc’s lab will develop a new modeling framework that is capable of simulating self-assembled DNA nanostructures.

The research team will use this new framework to optimize nanostructure assembly for high yield and computationally design new types of reconfigurable nanostructures. Next, the team will extend the modeling platform to allow for the incorporation of other organic/inorganic molecules and materials.

Overall, this award will facilitate the creation of new nanodevices capable of performing complex tasks that would be difficult to realize experimentally without a sophisticated modeling platform. It will bring the field closer to large-scale industrial applications.

To realize the education component of the project, Šulc’s lab will develop new learning opportunities for university students and the general public. The main effort will involve developing an online citizen-science platform, where users can use the simulation platform to design and optimize structures themselves, enabling crowdsourcing of nanotechnology designs.