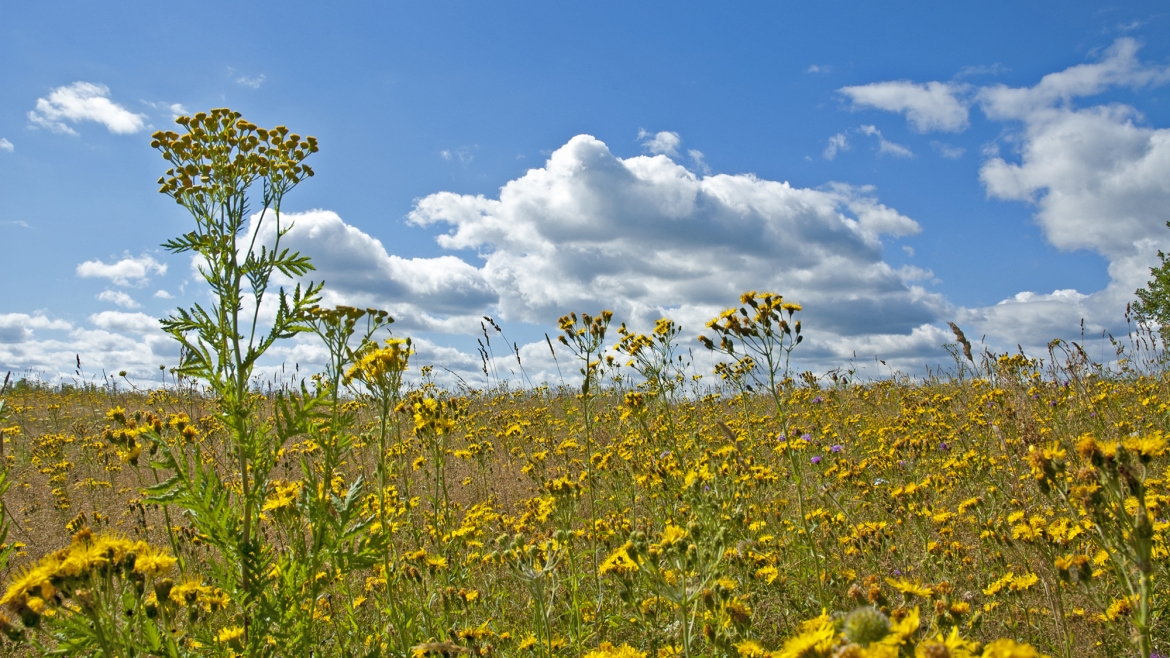 In 2020, the U.S. Supreme Court made a decision to return more than 3 million acres of land in Oklahoma to the Muscogee (Creek) Nation. The case, McGirt v. Oklahoma, has been described as one of the most significant Native American-related rulings in 100 years.

The returned acreage in Oklahoma, including part of the city of Tulsa, is now recognized as “Indian Country,” as defined by federal law. The book, which will be availablie on Jan. 26, was co-authored by Arizona State University Professor Robert Miller and University of Mississippi Professor Emeritus Robbie Ethridge.

Miller teaches at the ASU Sandra Day O’Connor College of Law and has followed the case since 2020. He is a legal scholar and expert in federal Native American law. He also happens to be member of the Eastern Shawnee Tribe of Oklahoma. In the book, he offers a legal analysis of how the case unfolded and what contributed to the final decision.

Here, the authors discuss the new book and the history behind and impact of the Supreme Court ruling

Question: Your book is titled “A Promise Kept” — what was the original promise made to the Creeks by the Supreme Court?

Ethridge: The promise was that in exchange for Muscogee (Creek) Nation homelands in present-day Georgia and Alabama, the U.S. would guarantee lands for the Creeks in present-day Oklahoma. Once on those new lands, the Creeks would govern themselves and have jurisdiction over their territories in perpetuity.

Q: Why weren’t those promises kept?

Ethridge: Before the ink even dried on these treaties, the federal government began interfering with Native Americans’ sovereignty and jurisdictions.

And once Oklahoma gained statehood, it began to encroach on Native American rights. The federal government, for decades, turned a blind eye to Oklahoma and other state encroachments.

So why were federal and state governments interfering and trying to usurp the promise? It's fairly simple — they wanted the land.

Miller: The land and all of its assets — oil, timber, minerals. 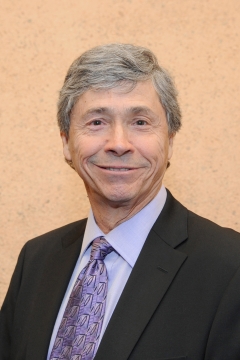 Q: Explain the Trail of Tears and other atrocities Native Americans endured because of the defiance of the original Supreme Court decision.

Miller: The Indian Removal Act of 1830 was a dark stain on American history. Today, we would call what the U.S. did ethnic cleansing. Other tribes were also removed to the Native American territory. My tribe was located in Ohio when we signed a treaty of removal in 1831 and then we were removed to where we are today — in the northeast corner of Oklahoma.

Ethridge: The Trail of Tears is the name of the deadly (1,000-mile) route that the Cherokee Nation was forced to follow when they were moved from present-day North Carolina and Tennessee to present-day Oklahoma. It has also come to refer to the removal of any of the Five Civilized Tribes — the Cherokees, Creeks, Seminoles, Choctaws and Chickasaws — from the southeast.

The U.S. government, wanting to acquire all Indigenous lands east of the Mississippi River, forcibly removed most of the Native Americans (nearly 100,000 people) living there. Each nation signed a separate removal treaty, but almost always under threat and duress.

These treaties forced them to relinquish their homelands for lands in Oklahoma, Kansas, Nebraska and parts of Iowa. Most resisted and were removed at gunpoint. Many of them lost their lives on the long march. Some perished once they arrived in Oklahoma because of the disease-infested and poorly supplied camps. And many simply died from broken hearts.

Scholars estimate that about 33% of the Creek population was lost in the removal years. It was one of the darkest and dastardly episodes in American history.

Q: The catalyst of your book was the Supreme Court’s 2020 decision. Explain the decision and why it was necessary?

Miller: In a nutshell, the Supreme Court, in a 5–4 decision, held that the 1866 U.S. Treaty with the Creek Nation is still in force and is still the “supreme Law of the Land” (meaning federal law will generally take precedence over state laws and even state constitutions).

The more-than-3-million-acre reservation that the Creek Nation reserved for itself in the 1866 treaty is still in existence. For more than 100 years, Oklahoma purposely ignored this law and violated Creek sovereignty and jurisdiction. The U.S. is also at fault because it sat idly by and allowed these illegal actions and violations of the U.S. Constitution and federal law to occur.

In the Enabling Act of 1906, Congress placed a restriction on the new state — demanding that Oklahoma forever disclaim any jurisdiction or rights over the Indigenous nations and their lands.

In 1907, the new state codified this requirement in the Oklahoma Constitution, but it then proceeded to ignore that legal restriction for 113 years. The Supreme Court’s McGirt v. Oklahoma case stopped those illegal actions and re-recognized the existence of the 1866 U.S. Treaty with the Creek Nation. 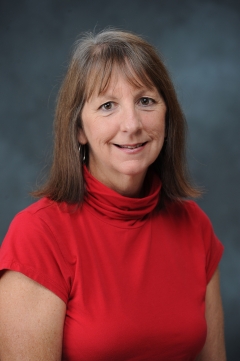 Q: What was the impact of the U.S. Supreme Court decision on McGirt v. Oklahoma?

Miller: I have called the McGirt v. Oklahoma case a “bombshell.” It already has and will continue to have a major impact on Native American nations, Oklahoma and the U.S.

Important questions about jurisdiction and which government has criminal or civil jurisdiction over which lands, peoples and topics have already arisen and will continue to do so. Furthermore, Oklahoma courts applied the analysis of McGirt v. Oklahoma and re-recognized the reservations of at least eight other tribal nations.

Ethridge: The book outlines the immediate and future results of this decision. It shows how it reverberates through most aspects of life for both the Muscogee (Creek) Nation and many other Native American nations facing similar questions.

Q: How will the ruling affect people currently living on the Creek’s land?

Miller: Initially, there were articles written about people losing their homes. No homeownership changed — nobody lost an inch of ground due to the decision. It is just that 1.8 million Oklahomans just found out that they live on a reservation. And the Creeks will start buying up all the land that comes up for sale now within their reservation border.

Q: What will it mean for other Native American nations?

Miller: McGirt v. Oklahoma stands for a major proposition that is important to all Native American nations and people in the U.S. The court forced the U.S. and Oklahoma to abide by the “supreme Law of the Land” — the Creek Treaty of 1866 (U.S. Treaty with the Creek Nation). Will the Supreme Court continue to force the U.S. to live up to its treaty and statutory and human obligations to Native American peoples and nations all across the country? This is the promise but also the challenge of McGirt v. Oklahoma.

Q: How might this decision impact the 22 Native American nations in Arizona?

Miller: For tribal nations in Arizona, McGirt is a strong affirmation of treaty and tribal rights. In the six years since Justice Gorsuch joined the court, Native American nations have won eight out of nine cases. That is an incredible winning margin since tribes and Native American litigants had only won about 20% of their cases in the Supreme Court since 1986.

Only one tribe in Arizona has a treaty, so McGirt might have a limited immediate application here but this great change in the court's attitude towards Native American claims helps all tribes.

Q: This Supreme Court decision has been described as one of the most significant decisions related in Native Americans in nearly 100 years. Why?

Miller: Oklahoma now has the greatest percentage of Indian Country. The decision no doubt shocked many people and the government of the state has not yet accepted the decision.

State officials have continued vigorously fighting this decision in every way imaginable and have already tried to get Congress and the Supreme Court to reverse McGirt v. Oklahoma. This battle will go on for decades in my opinion, and the Supreme Court and other courts will be the final arbiters on many of these issues. McGirt v. Oklahoma impacts and alters almost every aspect of life in Oklahoma.

Ethridge: If you look at the history of the Creeks and other Native Americans, you can see that treaties and legislation have, by and large, eroded Native American self-governance, jurisdictions and land bases. This treaty, in one fell swoop, reversed much of that erosion.