Scholars at Arizona State University’s Center for Organization Research and Design (CORD) are working at the intersection of public management and the scientific enterprise while “refreshing and reimagining” the center’s nationally and internationally respected role as a leader in public organization design, its new director said.

Julia Melkers, a Foundation Professor in the School of Public Affairs (SPA), arrived from the Georgia Institute of Technology to lead CORD in August 2022. The center was founded in 2013 as a leading research engine for public management in the science environment. 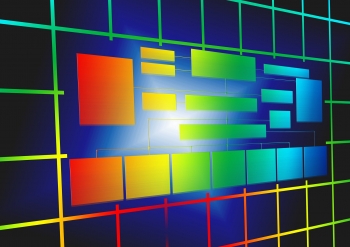 “CORD is at a place where we're building on a strong foundation of global and national recognition of its work,” Melkers said. “We are also refreshing and reimagining it as we come out of COVID. We are in the midst of some strategic thinking and engagement with affiliates at ASU and around the globe.”

One important addition to the center was the appointment of SPA Associate Professor Ulrich Jensen as CORD’s associate director, Melkers said. Jensen’s background as an experimentalist has led to the recent creation of the CORD Experimental Lab.

“SPA is one of the few public management schools where we have a strong cohort of experimentalists, something new for CORD to develop a broader identity,” Jensen said.

“We want to connect more with the Watts College and across campus with scholars interested in creating public value through research at the nexus of public policy and human behavior, studying the many ways they intersect. This research can advance public value by informing organizational design in public institutions, from science-based to other policy domains.”

For example, in the scientific realm, CORD is collaborating with ASU’s Center for Science, Technology and Environmental Policy Studies and colleagues in Europe to examine how international collaborative teams have adopted social innovations in response to how challenges and restrictions brought by the COVID-19 pandemic and its aftermath have affected scientific inquiry.

“It’s a fascinating study of how scientific teams interact, how organizations are structured, form their policies and rules, and who leads in times of disruption,” she said.

Another illustration from the local setting is that CORD’s Experimental Lab is also working with local governments and community organizations. One partnership with Scottsdale city leaders involves creating a continuous collaboration with experiments designed to understand public service delivery and strengthen their organization capacity. For example, a challenge many local governments face is recruiting and retaining talented and diverse young professionals. This project has also helped to bring other SPA faculty into the center to create a greater collaborative community of scholars and students, Melkers said.

CORD is also expanding its reach across ASU to expand transdisciplinary research opportunities. Melkers and other CORD faculty have begun a collaboration with another new ASU faculty member in philosophy on a project that looks at intellectual humility in science, bringing both philosophy and psychology into the discussion of organization design.

“We are expanding the CORD scholarly community on campus to allow us to do new and interesting important work that brings people together from different perspectives,” she said. “This brings new ways of looking at problems, at research questions, methods and even new types of data. It’s an exciting future.”

CORD is also a global player, having been a catalyst to bring together scholars from countries such as Denmark, Spain, Finland, Belgium, Mexico and the United Kingdom.

“We are looking to build stronger and more recognizable networks with other centers around the country and the world,” she said. CORD scholars sit on several committees on the international, national, state and local levels.

“As part of ASU, an institution that is a dynamic leader in innovation, we have some really great opportunities here to do great work,” she said. “Our research can help lead social innovation in finding solutions to local as well as global programs, including here at ASU. We also give students opportunities to be meaningfully involved in exciting and important work.”

Melkers came to ASU in 2022 from the School of Public Policy at the Georgia Institute of Technology in Atlanta. Jensen came to ASU in 2016 after receiving his PhD degree at Aarhus University in Denmark.

CORD and SPA are based at the Watts College of Public Service and Community Solutions.

Online dating may have a certain stigma attached to it (and a few horror stories as well). But it is now one of the most common ways to meet a romantic partner.According to a 2013 study by social psychologist J. T. Cacioppo, the internet is responsible for roughly one in every three marriages. And those who use online dating end up being slightly more satisfied with their relationship and marriage... 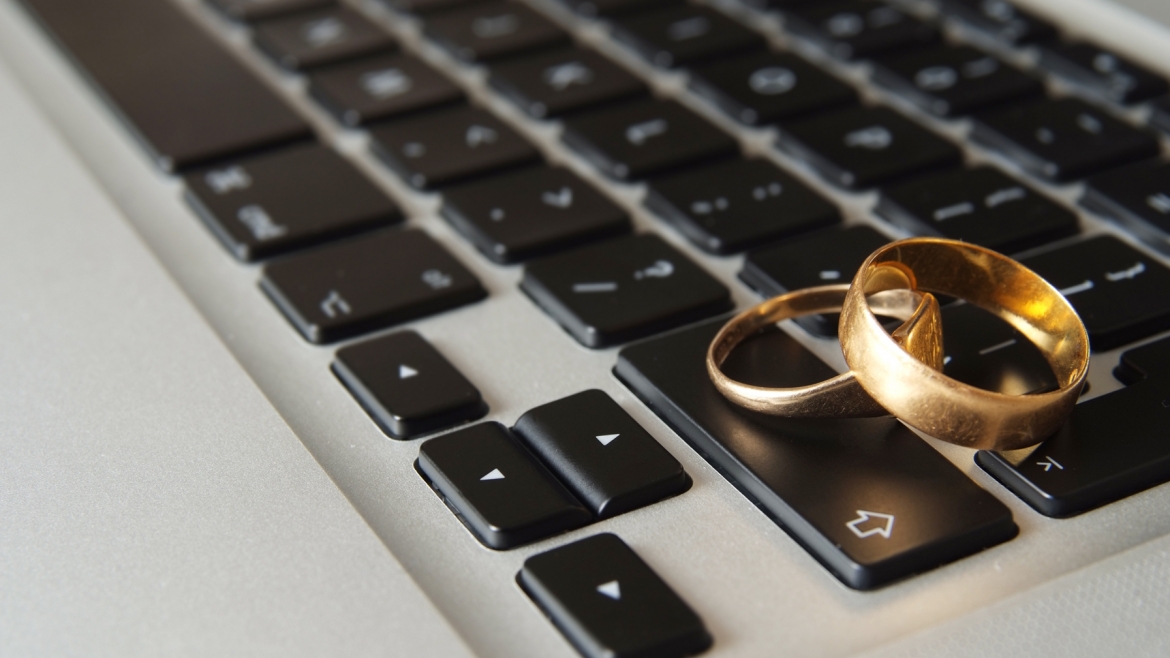 Online dating may have a certain stigma attached to it (and a few horror stories as well). But it is now one of the most common ways to meet a romantic partner.

According to a 2013 study by social psychologist J. T. Cacioppo, the internet is responsible for roughly one in every three marriages. And those who use online dating end up being slightly more satisfied with their relationship and marriage than those who met in more traditional ways.

“If you met your partner online, you were a little happier and a little less likely to break up or dissolve the marriage,” said Liesel Sharabi, assistant professor at Arizona State University’s Hugh Downs School of Human Communication. 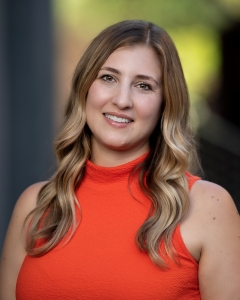 Sharabi wanted to know why.

Her findings are outlined in a new study titled "The Enduring Effect of Internet Dating: Meeting Online and the Road to Marriage." The study was published in the journal Communication Research.

Sharabi is the director of ASU’s Relationships and Technology Lab, and has spent more than a decade studying how communication technologies are used to initiate, maintain and dissolve interpersonal relationships.

Her study is a rare look at the long-term outcomes of online dating and factors inherent in computer dating that may contribute to its success. Features such as online profiles, algorithms and more may help form connections quicker and easier than offline dating.

The researcher worked with a highly diverse group between the ages of 21–62. Fifty interviews were conducted with individuals from across the country. Of those who participated, 66% of the sample were married and 34% were engaged.

Sharabi’s study explains how the common stages of online dating differ from those in more traditional dating and may impact the satisfaction of relationships that are formed.

The results of her research presented a comprehensive view of online dating through four stages and 13 subcategories. These stages were not always consecutive.

First, there is a period prior to even interacting with a person online, said Sharabi, which consists of information gathering.

Once you start talking, an advantage of communicating online is people are more likely to ask key questions that they might not feel comfortable pursuing early on in person.

“You might want to know their religion or what their political leanings are or who they voted for,” she said. “But you're not going to ask these questions on a first date. That would be really uncomfortable.”

Online dating allows participants to get the backstory before moving forward.

“You don't have to worry that you're going to be six months into a relationship and just then learn something that is a deal breaker,” said Sharabi, who also writes an online dating blog called Dating in the Digital Age for Psychology Today.

Also, some relationships formed online took more time to develop, Sharabi said, with emotional intimacy preceding physical intimacy. It turns out this created a better foundation for a future union.

“It shows that waiting a couple of weeks is the sweet spot where you have time to get to know a person before you meet,” said Sharabi, who also cautioned against waiting too long to meet in person.

“One thing I identified in my study was that (online dating) provided this foundation of intimacy — a strong foundation that couples could use to build the relationship on,” she said.

The next step is taking the relationship offline. Sharabi’s study revealed that at this point couples enter a period of multimodal development that demonstrates the enduring influence technology continued to have after meeting in person.

The proof is in the profile

The growth of the multibillion-dollar online dating industry has transformed the way people search for that certain someone. In addition to eliminating the awkwardness of acquiring key information, Sharabi said that potential partners provide informative profiles that can stop a swipeonline dating lingo for approving or disapproving of a potential date.

Compatibility is key, and the more specific the search, the greater the chance of meeting someone with shared interests.

Sharabi referred to niche dating apps that are designed to do just that.

FarmersOnly.com cultivates connections between farmers. Fetchadate.com is an app for dog lovers, and those who think money is key to a match go to millionairematch.com.

“There are even dating apps for people who have a certain sexually transmitted disease (PositiveSingles.com),” Sharabi added. “It's kinda like your singles bar — you switch around and check out different crowds and see what works for you.”

Sharabi has done a lot of research on algorithms which, in the sea of singles on any platform, may make the selection process easier and more conducive to meaningful matches.

Some sites match couples based on the qualities of compatibility found in thousands of successful relationships, Sharabi said. But she remains skeptical of this selection process.

“There are millions of profiles on these platforms and they can't just set you free to search around,” she said. “So some of the big platforms narrow down the matches for you. So you're essentially paying for the match.”

“It’s like a big social experiment,” she explained. “My research has shown that a lot of it is placebo — people think that they work and they probably don't. But you know, maybe that is playing a role in this as well.”

Many online daters who landed in long-term relationships were asked how they determined compatibility. It was never based on a person’s career, income or level of education, Sharabi said.

“They talked about personality traits — qualities like kindness and loyalty. Those aren't things that are picked up by an algorithm.”

Sharabi’s research also referenced a study published by James Bossard in the American Journal of Sociology in 1932. It explained that nearly a century ago, marriages commonly occurred between people who lived in the same neighborhood.

In a small town, that could make for some slim pickings. But online dating has broken down the barriers caused by geographic distance, allowing for a large volume of opportunities to test the market. Some from the study corresponded to close to 100 people before choosing a partner.

One research participant said that prior to online dating, the only way he could have a relationship was if someone chose him, regardless of any common or shared values.

But because online dating provided a larger pool to choose from, his chances of finding the perfect person increased.

The downside of online dating

While the study examined factors that could contribute to the success of online dating, it also revealed the negative aspects of these platforms.

According to the research, some participants were so accustomed to meeting people through technology that they passed up opportunities to talk to someone standing right in front of them.

Regardless, Sharabi hopes her research will encourage online dating doubters to stick with the sites and eventually meet their match.

“Online dating is far from perfect, and I think a lot of people get so burnt out with the process that they start to question if it actually works for anyone,” Sharabi said. “So I hope that people who are feeling this way can take comfort in these success stories and in knowing that some people really do find love in online dating.

“I also hope that learning what made others successful can help them better navigate their own online dating relationships.”