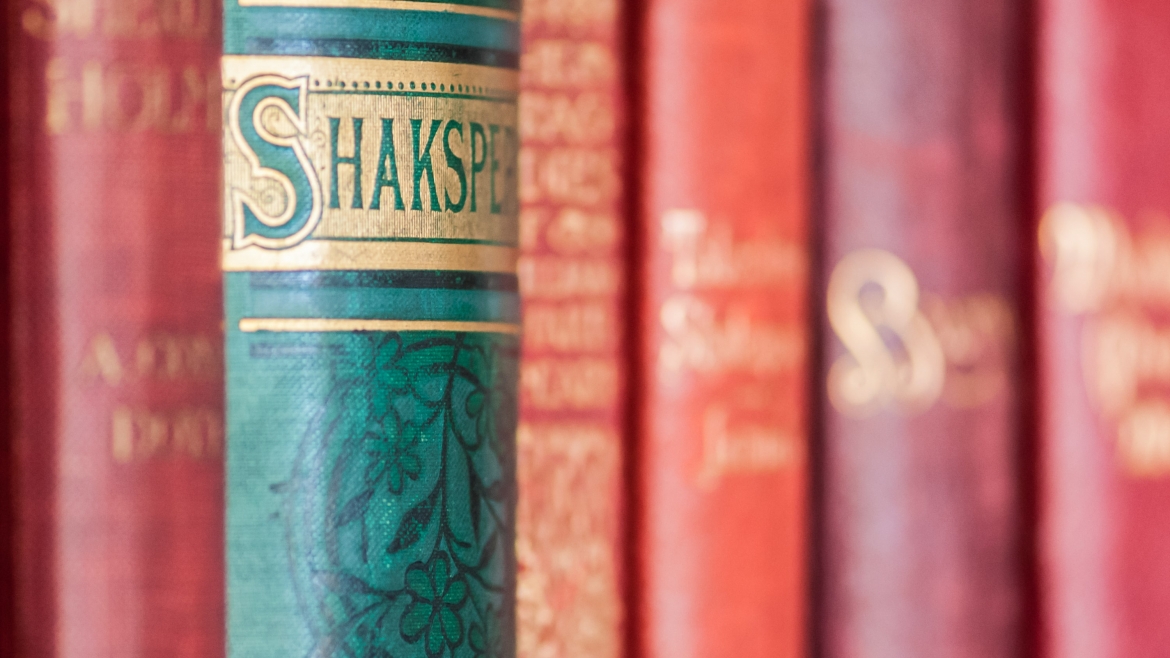 This year marks the 400th anniversary of the First Folio, the published collection of 36 of Shakespeare’s plays. The folio, titled, “Mr. William Shakespeare’s Comedies, Histories and Tragedies,” comprises 18 plays that had never been published before, including "Antony and Cleopatra," "As You Like It," "All’s Well That Ends Well," "Macbeth," "Twelfth Night" and "The Taming of the Shrew."

Those who treasure Shakespeare’s words say the folio cemented him as the world’s greatest playwright.

“I don’t think Shakespeare would be, you know, 'the Bard' if his friends had not gotten this done after his death as a tribute to him,” said Ayanna Thompson, director of Arizona State University’s Arizona Center for Medieval and Renaissance Studies and a member of the board of trustees of the Royal Shakespeare Company.

That Shakespeare’s works remain relevant and treasured today is not only a testament to his talent but the foresight of two friends who decided his plays needed a permanent home.

Before the folio was published, Shakespeare’s plays were published in quartos — small, one-play books made by folding sheets of paper twice. Think of them as easily disposable paperbacks. In the 1600s, quartos were easily lost or misplaced.

But after Shakespeare’s death, colleagues John Heminges and Henry Condell asked a London printing shop to publish Shakespeare’s works in the folio.

“Most people would say that this would be the first push to kind of canonize him in a particular way,” said Brandi Adams, an assistant professor in ASU’s Department of English who has had articles and reviews published in the journal Shakespeare. "He was one of the first authors to have a collection of this kind."

Thompson said the folio helped Shakespeare gain prominence after the English Civil War, from 1642 to 1651.

"Theaters closed during the Civil War and when they finally re-opened in the 1660s, they didn't have a lot of new playwrights working," Thompson said. "So they could turn to the folio and start putting on plays right away. That helped propel his legacy."

One of the interesting tidibts about the folio is that no two copies are the same because they were all produced on hand presses with multiple compositors who had different spelling habits and levels of competence. Only 235 copies remain, but that's not unusual for publications from that time, Adams said.

"When people tell you there are only 235 copies, that's not rare," Adams added. "There are a lot of books of which we only have one copy."

They may not be rare, but they are valuable: In October 2020, a copy sold by Mills College at Christie’s Auction House sold for $9.98 million.

Beyond the folio’s historical backdrop and value lies a question: Why are Shakespeare’s works still relevant today?

Shakespeare, however, wasn’t the only author who wrote about such things. What separated him from other writers, according to Jonathan Bate, a Foundation Professor of environmental humanities at ASU and a renowned Shakespeare critic, is that his works were respected enough to perform in the king’s court but also randy enough to appeal to commoners on the streets of London.

“He sort of covers all the different types of theater work and a huge variety of human characters and human behavior. And he does this thing of mixing heroes, leaders, politicians, aristocrats and royalty with ordinary people, giving you the ordinary person’s perspective. He’s so good on the conflict that anybody in life has.”

Bate noted that the night before King Charles I was executed, he was reading Shakespeare, and that ordinary citizens were also drawn to Shakespeare’s dirty jokes or double entendre.

“Whenever there were Christmas festivities at the court or a visiting diplomat or entourage were being entertained and the queen wanted to showcase the best drama of the age, it was Shakespeare,” Bate said. “But at the same time, actors are performing Shakespeare on the streets of the South Bank in London, adjacent to the brothels and the bear-baiting pits. They would get everything in those plays. Sex and violence, there’s a hell of a lot of that. (The play) "Titus Andronicus" was fantastically popular at the time and it involves beheadings. It’s kind of like the 'Game of Thrones.' There’s even a scene in which a mother is made to eat her own two children who have been baked in a pie. You can see how the audiences on the streets would love that.”

It's notable that Thompson, a learned scholar, said "Titus Andronicus" is her favorite play because it’s “whackadoodle.”

“A lot of his plays have these big kind of uniting themes that we can all agree on,” Thompson said. “So I would say he’s pretty firmly on the pedestal.”

In a recently published book that explores geospatial technologies, university students across the globe navigate the role of open mapping in humanitarian efforts and development. “Open Mapping towards Sustainable Development Goals: Voices of YouthMappers on Community Engaged Scholarship” was co-edited by Patricia Solís, executive director of the Knowledge Exchange for Resilience and a senio...

In a recently published book that explores geospatial technologies, university students across the globe navigate the role of open mapping in humanitarian efforts and development. 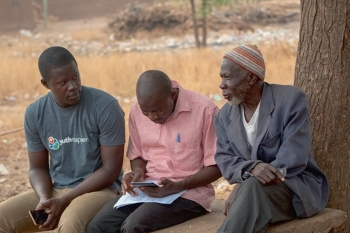 The book, which was published online in early December, is available for free online with an open access link.

“Everyone says they want to hear from the youth around the world, but few are really working directly to get youth voices out there,” Solís said. “Most of our authors are university students from countries where they may not have had as many opportunities to write for an open access project like this.”

The book is a compilation of voices, perspectives and actions of 68 university students across 25 countries. It features volunteer work from university students and recent graduates within the YouthMappers network, of which Solís is the co-founder and director. YouthMappers is a community of students, educators and scholars who implement mapping activities that respond to development needs around the globe.

Chapters are framed around the SDGs in an effort to connect youth efforts to global sustainability agendas. Authors covered topics that range from water, agriculture, food and waste to education, gender, climate action and disasters.

“There is a misconception that the work students do, especially if it’s unpaid, isn’t as robust,” Solís said. “But these students have amazing, innovative ideas and creative approaches on how to change the world. ”

Zeballos also serves as the managing director of YouthMappers. She said the book being public access makes an important statement about equitable access to knowledge. In the first six weeks that the book has been online, it has been accessed more than 105,000 times.

“One of our main goals was to make this information accessible not only to the authors but to everyone, including other students who will read this content and be inspired,” Zeballos said. “Students aren’t just the leaders of tomorrow. They’re actively leading, today, through projects like this.”