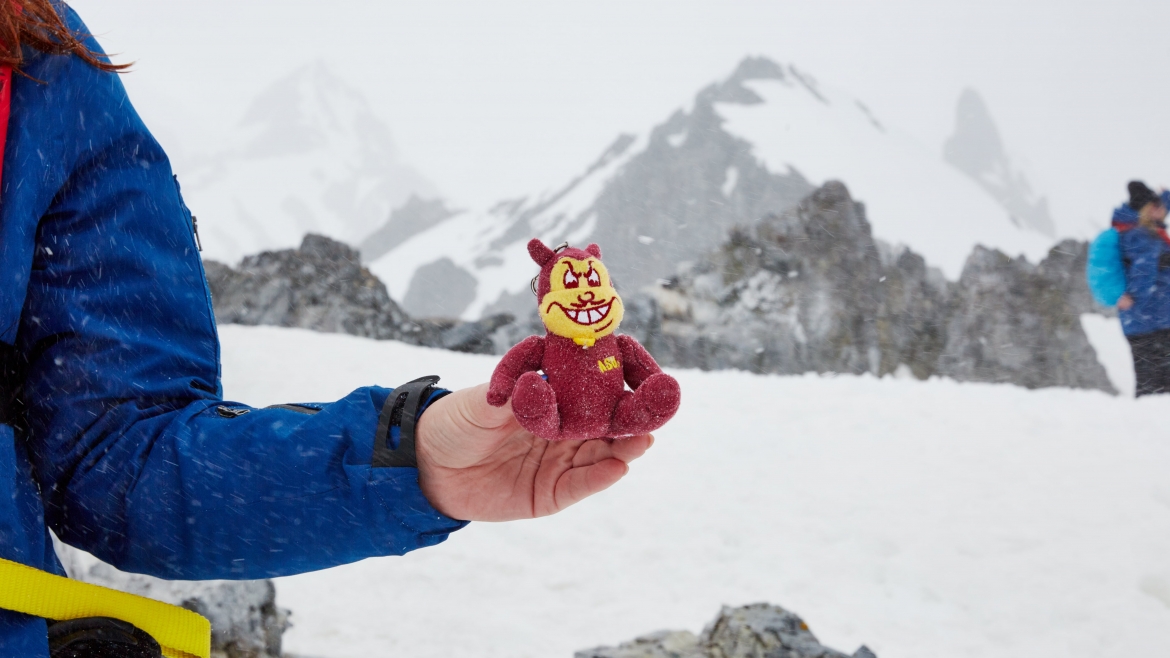 Sun Devils on the frozen continent

Back on a warmer continent, from what some are calling a “study abroad adventure of a lifetime,” 15 students and faculty from Arizona State University are putting into words what others have only experienced through imagination: icebergs the size of London; whales breaching in the Southern Ocean; penguins, hundreds of them, socializing in colonies spanning hundreds of square miles; polar plunges in frigid waters; and traversing a unique landmass almost completely covered in ice.

In one word: Antarctica.

“Just the sheer amount of wildlife we’ve seen on this trip has impressed me quite a bit,” said Joseph Black from aboard the Ocean Victory cruise ship that took the group through Argentina and the Antarctic Peninsula during ASU’s 2022 Winter Break.

A biotech and bioenterprise major in the School of Mathematical and Natural Sciences, Black added, “Videos are one thing, but seeing them in person is kind of crazy.”

Victoria Cava, who is studying astrophysics and geography in ASU’s School of Earth and Space Exploration, said the voyage to Antarctica was another step toward her goal to travel to all seven continents: “Eventually, at some point, and because of how closely related Antarctica and space can be ..., I wanted to see with my own eyes.”

These reactions are just what organizers of the 2022 ASU Antarctica study abroad program were hoping for — and then achieved — marking the successful completion of a program three years in the making due to pandemic delays and other logistical issues.

Learning about Antarctica by doing, experiencing

Except for a few thousand people who live there on a temporary rotating basis throughout the year, Antarctica has the unique distinction of being the only continent on planet Earth with no permanent human residents. Its remoteness, ensconced in the mystique of the vast ice sheetThick ice covers about 98% of the 5.5 million square miles that comprise the Antarctic continent (https://www.britannica.com/place/Antarctica). The ice sheet is the largest single mass of ice on Earth. that covers Antarctica's land mass, lures the curious, the adventurous and the brave to the region every year — many with scientific hopes of unlocking the mysteries and rarities of the frozen continent. But rigorous research was not the main focus for ASU's 2022 Antarctica cohort this go-round.

“I’m pretty sure that this transformative learning wouldn’t occur if our students were simply here to study Antarctic wildlife and ecosystems,” said Andrew Maynard, professor in the School for the Future of Innovation in Society, which organized the program in collaboration with the Julie Ann Wrigley Global Futures Laboratory and ASU’s Global Education Office.

Emphasizing the experiential learning approach to the program, Maynard said students were instead, “challenged by, and learning from, experiences as different as engaging with other students, passengers, staff and expedition crew, to being plunged into environments they had no idea existed — all while living in close quarters with others for nearly three weeks.”

Pre-voyage study helped prepare the cohort for their experiential learning in Antarctica. In the months leading up to departure, 13 students — including three ASU Online students — immersed themselves in an interdisciplinary class called "Antarctica the Frozen Continent," created for the program by Maynard and Nicole Mayberry, assistant research professor in the School of Public Affairs at the Watts College of Public Service and Community Solutions.

Mayberry, who also co-led the voyage to Antarctica with Maynard, said students produced two research papers for the class that focused on topics ranging from glaciology and geology to the geopolitics of the Argentina-United Kingdom war over the Falkland/Malvinas Islands.Argentina still calls the islands the Malvinas and says it has a right to the them because it inherited the islands from the Spanish crown in the early 1800s.

On the ship that took the group to Antarctica, students also had the opportunity to engage in the Happywhale citizen science program, which cataloges and tracks whale migrations through advanced image processing. And on excursion stops in Ushuaia, Argentina, the Falkland/Malvinas Islands, South Georgia Island and other locations along the 23-day journey, Mayberry says the students took on the experiential assignment of identifying and taking photos of Antarctic birds they learned about in class.

An informal book club centered around the Alfred Lansing’s 1959 book “Endurance: Shackleton's Incredible Voyage” also made history a little more palpable for the group as they discussed explorer Ernest Shackleton’s famous attemptShackleton and his crew were forced to abandon Endurance after the ship got trapped in an Antarctic ice pack in 1914. The crew had to walk on foot across ice toward Antarctica in the hope of reaching land and finding rescue, which they eventually found on Elephant Island — two years later in 1916. to reach Antarctica on foot after Shackleton and his crew were forced to abandon their ice-trapped vessel Endurance, which was recently found at the bottom of the Weddell Sea — 106 years after it disappeared from the surface of the sea.

“We had a few questions that everyone kept chewing on,” said Mayberry in reference to the student-led book club gatherings on ship. “‘Could anyone else have done it besides Shackleton?’ ‘How much luck is involved?’ The conditions were absolutely terrible (for Shackleton and his crew). You read about Shackleton’s experience in this place, and then you get there and you think about how that must have felt for these people for the years they were stranded before they were rescued.” 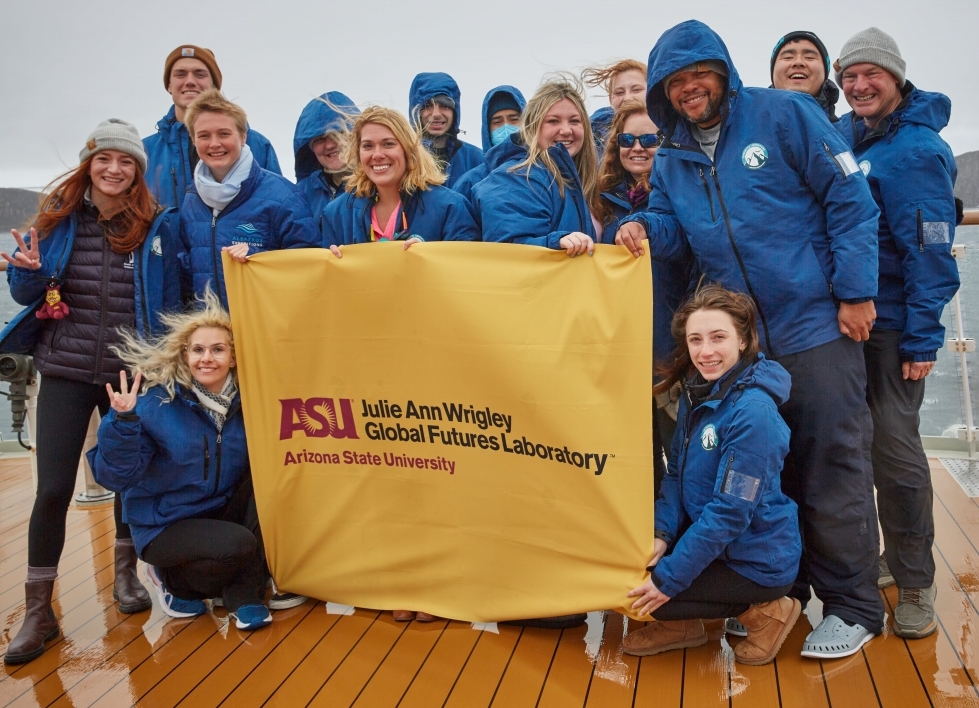 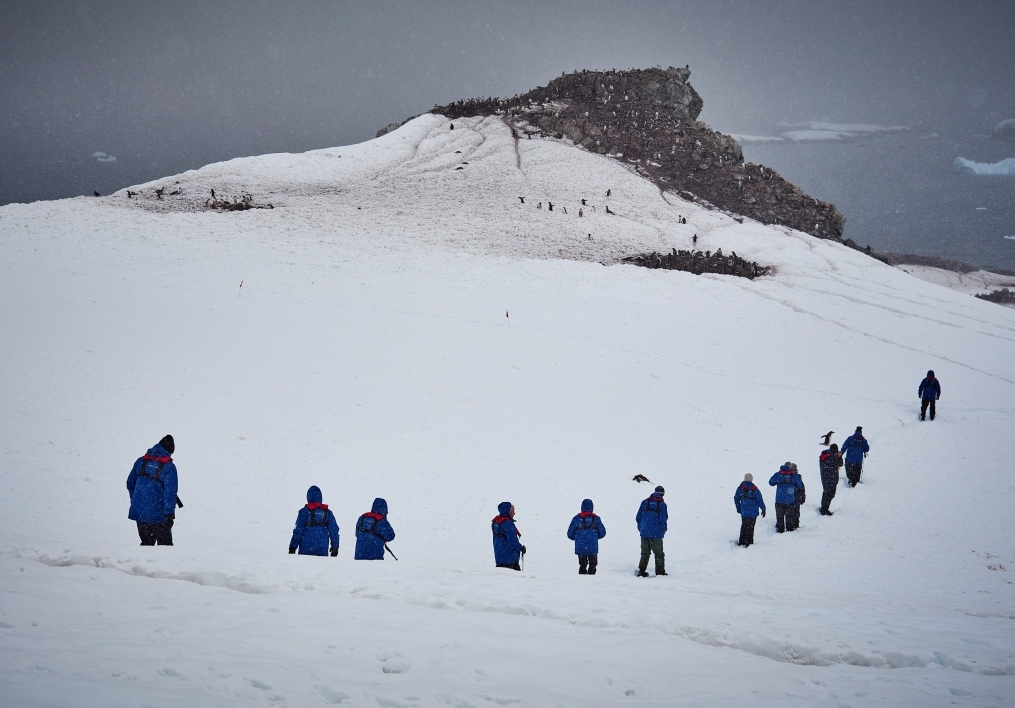 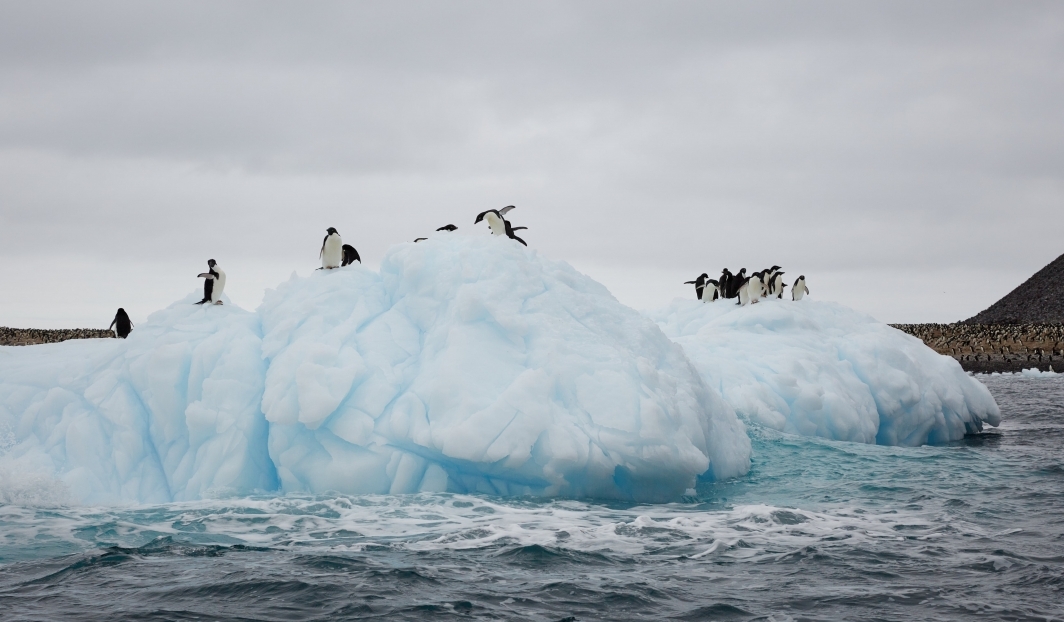 Penguins "socialize" atop glaciers in Antarctica. 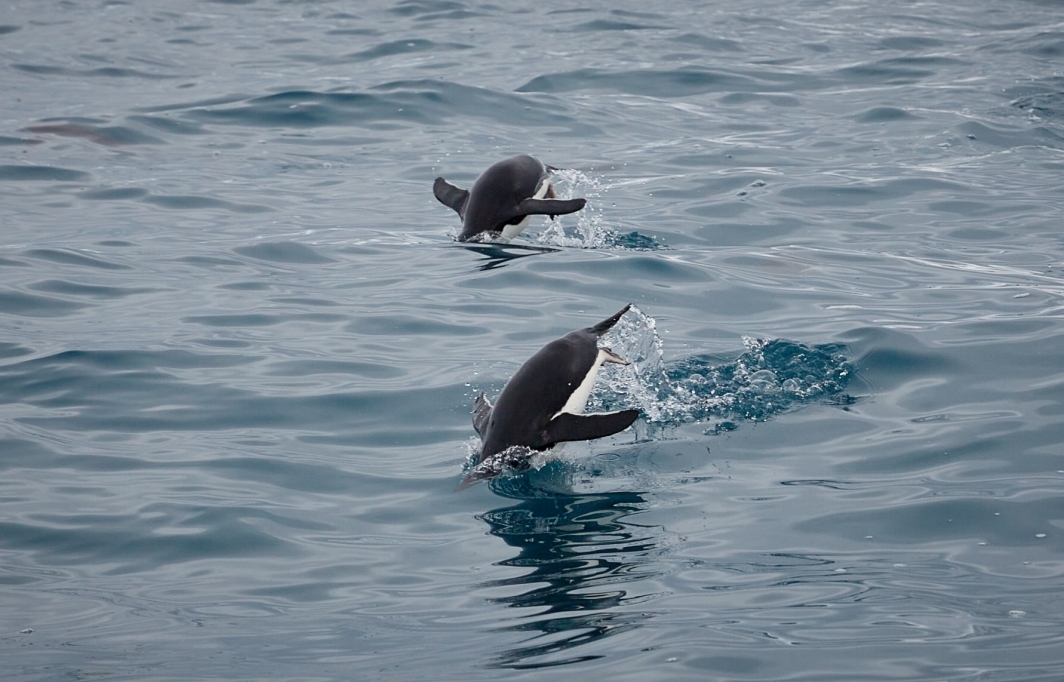 Dolphins, whales and other marine mammals breach frequently in the Southern/Antarctic Ocean. 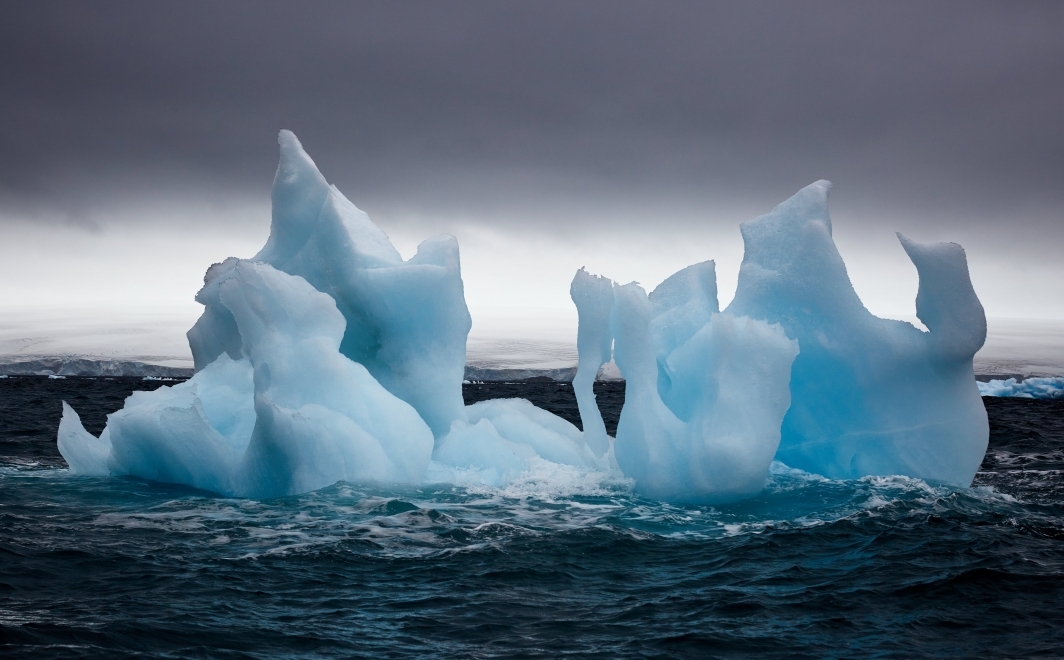 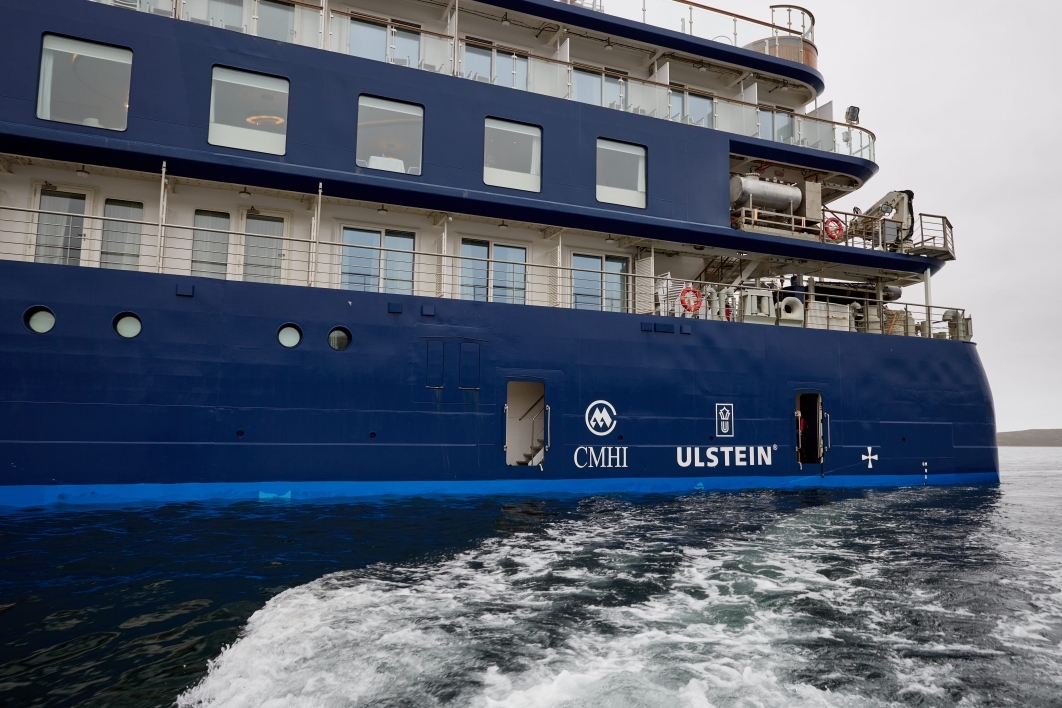 A view of the Ocean Victory vessel that transported the 2022 ASU Antarctica study abroad group to the frozen continent and back. 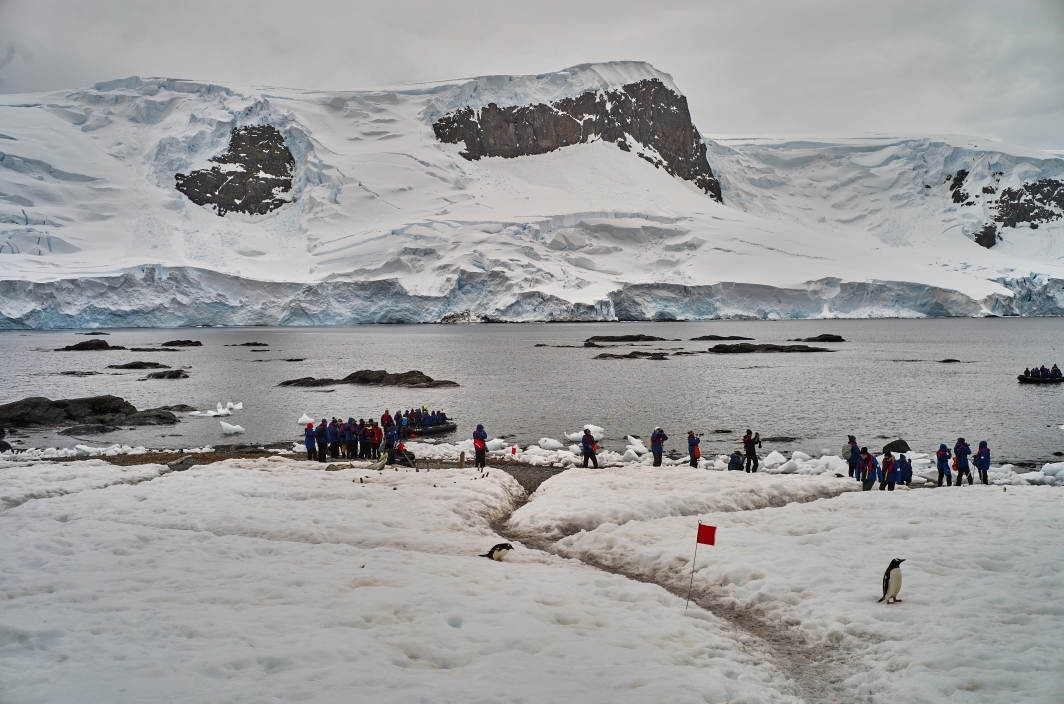 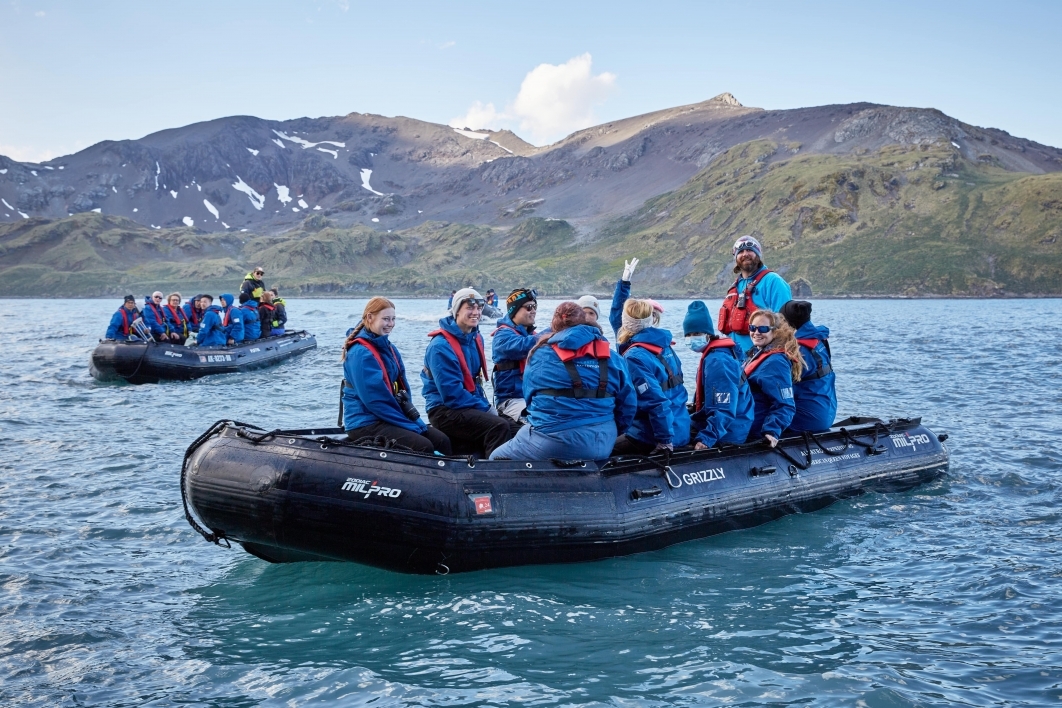 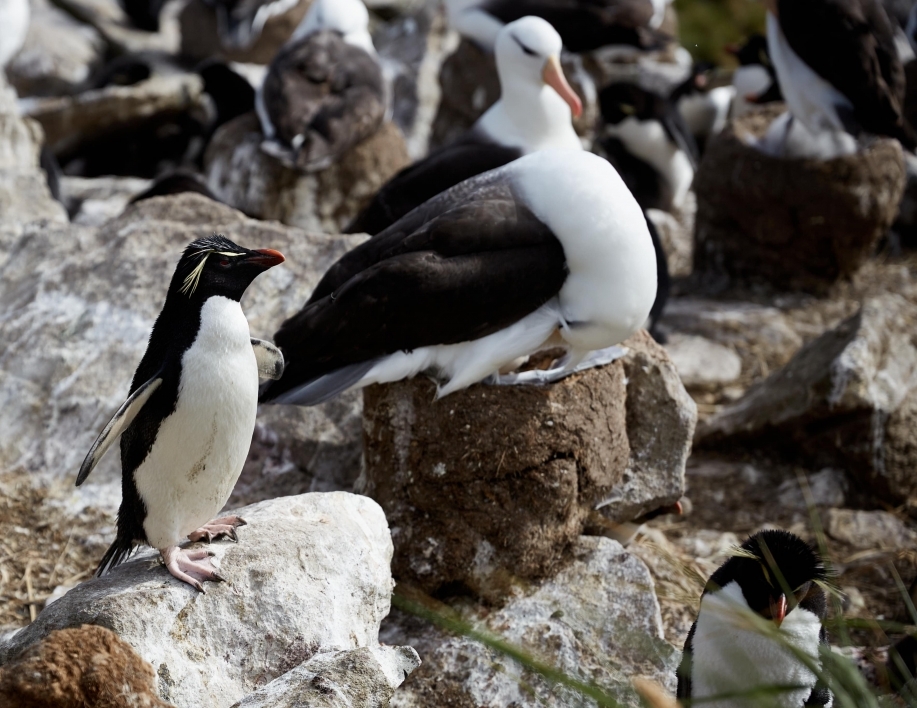 Penguins and albatrosses are distant cousins and enjoy each other's company in colonies and rookeries across the Antarctic Peninsula. The study abroad group pose for the camera in Ushuaia, Argentina — one of the many stops the group made en route to Antarctica. 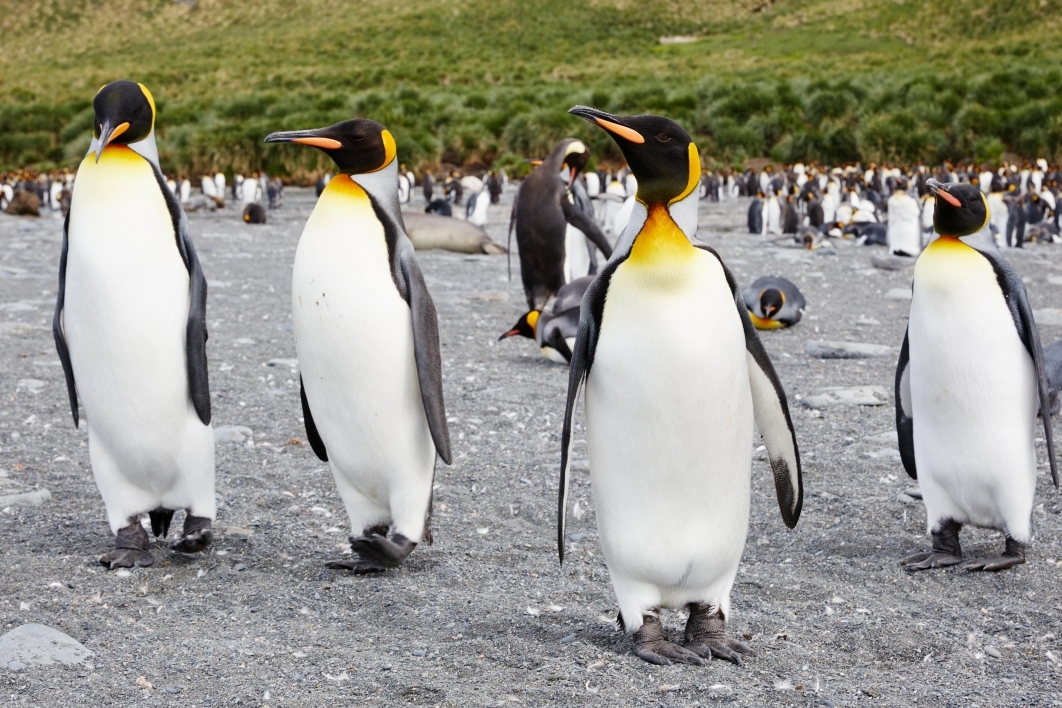 King penguins, identified by the colorful yellow-orange markings on their head and chests, are one of approximately 18 species of penguins found in the Southern Hemisphere.

How to get to Antarctica via ASU

The 2022 Antarctica experience marked just the second study abroadASU's first study abroad trip to Antarctica took place in 2018. trip to the frozen continent for ASU and the School for the Future of Innovation in Society. But it won’t be the last. Planning is now underway for the next Antarctica study abroad expedition scheduled for December 2023, and there is more to come.

RELATED: To the end of the Earth: Sun Devils study abroad in Antarctica

Maynard says Antarctica is a flagship program that exemplifies the mission and vision of the School for the Future of Innovation in Society and the Global Futures Laboratory to make meaningful and inclusive contributions “to building a better future for everyone and addressing some of the planet's greatest challenges.”

In 2023, the school will also host study abroad programs in Baja, California, to address emerging topics in marine conservation, and Egypt, to get perspective on the impact of global food economies on local sustainability and development. Educational travel to Hawaii, Belize and the Amazon are also in the offerings this year through the School of Sustainability.

“Students who've returned from their programs abroad boast a higher level of excitement and commitment to their studies, full-time job offers after graduation from their internships abroad and memories to last a lifetime,” Burns said. “It gives students a chance to learn outside of the classroom, in hands-on environments for ASU credit while growing student's self-confidence and developing globally-minded citizens.”

For the recently completed Antarctica study abroad program, Burns said one participant emailed her just a few days after their return from the journey to say the program had changed their life.

“This is something we hear often from students returning from programs," Burns said. "But it really never gets old.”

School of Music, Dance and Theatre to celebrate Black history, theater in Arizona

As Black History Month approaches, faculty at Arizona State University’s School of Music, Dance and Theatre are hoping to engage the community in in a discussion about Black history – and theater – in Arizona through an upcoming event.“There is a tendency not to acknowledge that there’s a Black community here,” said Rachel Finley, assistant professor in the school and co-coordinator of...

School of Music, Dance and Theatre to celebrate Black history, theater in Arizona

As Black History Month approaches, faculty at Arizona State University’s School of Music, Dance and Theatre are hoping to engage the community in in a discussion about Black history – and theater – in Arizona through an upcoming event.

“There is a tendency not to acknowledge that there’s a Black community here,” said Rachel Finley, assistant professor in the school and co-coordinator of the event. “I think it’s really important to raise awareness about the history of civil rights in Arizona. There are things happening right now that are part of a civil rights movement.” 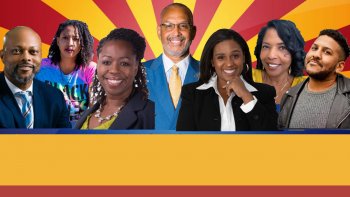 “The State of Black Liberation in Arizona: Where We Were Then and Where We Are Now” speakers (from left to right) Brian Hardaway, Miriam Araya, Kiana Sears, the Rev. Warren H. Stewart Sr., Iisha Graves, Crystal Blackwell and ASU Assistant Professor of African and African American studies Aaron Mallory. Photo courtesy the ASU School of Music, Dance and Theatre Download Full Image

“The State of Black Liberation in Arizona: Where We Were Then and Where We Are Now” will be held at 6:30 p.m. on Friday, Jan. 20, in the Galvin Playhouse on the Tempe campus.

The event will feature the Rev. Warren H. Stewart Sr. as the keynote speaker.

Stewart has been the senior pastor at First Institutional Baptist Church (FIBC) in Phoenix for more than 45 years and was an instrumental activist in the push for Arizona to recognize Martin Luther King Jr. Day. He is nationally and internationally known for his writing, advocacy and commitment to community. Last fall, Stewart was honored by the Phoenix City Council with the naming of 12th and Jefferson Streets near FIBC as “Dr. Warren H. Stewart Sr. Way.”

The Jan. 20 event will also feature selections from James Ijames’ play “Kill Move Paradise,” which tells the story of four Black men stuck in a waiting room for the afterlife, presented by ASU students and directed by Finley. (ASU Theatre will present the full play beginning March 31.)

“It showcases the joy and the beauty of our culture — what’s fun and funny alongside the difficulties and the tragedy,” said Finley. “It’s a play that emphasizes the often overlooked humanity of Black men.”

“ASU’s program highlights Black theater and Black issues,” added Dontá McGilvery, an ASU PhD in theater for youth and community alum (2001) and co-coordinator and moderator of the event. “The community can learn how theater plays a role in the issues that we grapple with and that we experience.”

“The State of Black Liberation in Arizona: Where We Were Then and Where We Are Now” is free and open to the public. Reservations are recommended.