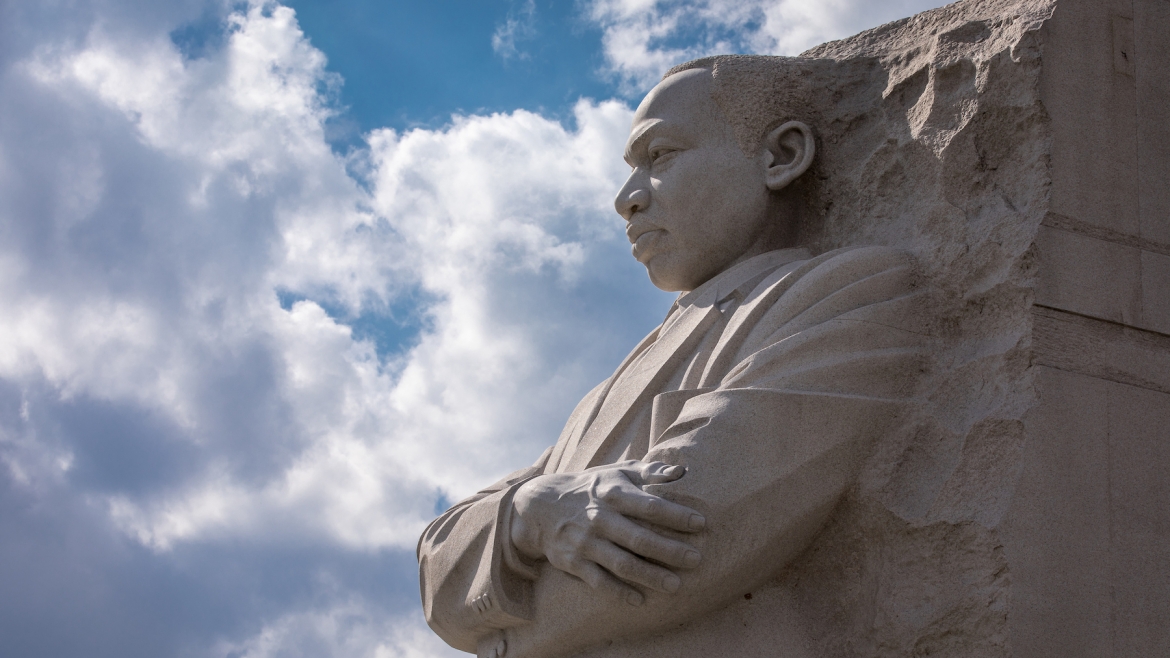 A 10-second pause that changed history

Sometimes it takes a while for a message to take shape.

Martin Luther King Jr. recited the phrase “I have a dream” in several speeches before it resonated with the American public at the equal rights march in Washington, D.C., in 1963 and became a part of the cultural fabric.

That fact is not a recent discovery, but it’s little known to the public. It’s also inspiring to Christopher P. Neck, an associate professor at the W. P. Carey School of Business at Arizona State University, who learned about it while researching a related article.

Neck, the deputy editor of the Journal of Leadership and Management, specializes in research involving employee and executive fitness, self-leadership, leadership, group decision-making processes and self-managing teams. Several national publications have cited his works, and Neck’s articles about King have been popular with mainstream audiences.

As the nation prepares for the national federal holiday on Monday to celebrate King’s birthday, life and legacy, Neck spoke to ASU News about the day King went off-script and made history. 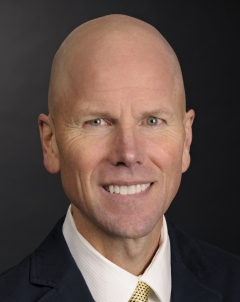 Question: You’re not a novice when writing about Martin Luther King Jr. Please tell me about your previous papers on King.

Answer: Both MLK research projects with my co-authors were case studies.

One case study examined Dr. Martin Luther King Jr.’s work during the Chicago Campaign in 1966 in his fight to abolish discrimination involving housing issues for African Americans in Chicago. The other research project was a case study of MLK’s “I Have a Dream” speech during the Washington march for equality in 1963. We analyzed his actions and words in both these situations using the transformational-leadership and/or servant-leadership frameworks to understand the effectiveness of King’s leadership.

In short, we showed that MLK’s effectiveness in the Chicago campaign to improve housing for minorities and his speech for equality at the Washington march were due to his transformational- and servant-leadership skills. Servant-leadership behaviors include empowering and developing people; humility; authenticity; interpersonal acceptance; providing direction; and stewardship.

Our conclusion from these case studies of the leadership behaviors of King (is that) leaders who exhibit behaviors from both transformational-leadership and servant-leadership frameworks are viewed as being more effective.

Q: In thinking about King's “I Have a Dream” speech, what amazes you the most?

A: MLK’s “I Have a Dream” speech is widely regarded as one of the world’s most influential speeches in history, along with President Abraham Lincoln’s 1863 Gettysburg Address and Winston Churchill’s 1940 “Blood, Toil, Tears and Sweat” speech.

The interesting fact is that the four words “I have a dream” almost didn’t make it into the speech. MLK had used the phrase “I have a dream” in several speeches at least nine months before the equal rights march in Washington. His advisors discouraged him from using the same theme again; they felt the phrase was trite and cliché. MLK respected his advisors’ view and thus the phrase was cut from the final draft of the speech that was completed the night before the event.

If you watch the actual speech on video, you will see MLK speaking during the first few minutes in a “lecturing” format, as if he was reciting a speech that he had memorized. While his words were impactful, up to this point in the speech, they were not connecting with the audience in the manner and with the energy he had wanted. Then you will see him pause for about 10 seconds. This 10-second pause is what changed history. So what happened during this 10-second pause? The answer? A gospel singer standing near MLK that day encouraged King to say, “I have a dream.”

During this pause, King’s very close friend and confidant, gospel singer Mahalia Jackson, instinctively shouted out, “Tell ’em about the dream, Martin.” MLK must have heard her because he put the planned speech aside at that moment and began speaking extemporaneously. He went from lecturer to preacher. The results were electrifying. Then he remarked, “I still have a dream. It is a dream deeply rooted in the American dream. I have a dream that one day this nation will rise and live out the true meaning of its creed: ‘We hold these truths to be self-evident: that all men are created equal.’”

The rest is history.

Q: How did you come across this little-known piece of history?

A: As a teacher of very large classes — nearly 1,000 students each semester — I’m always interested in studying public speakers who are very effective. I feel I can learn from the best and apply those lessons to my teaching. I was preparing a lecture for one of my classes on visionary leadership and how visionary or charismatic leaders typically are very effective public speakers. I decided to revisit and dig further into MLK’s “I Have a Dream” speech, and the research helped me uncover how the everlasting “I have a dream” phrase was almost omitted.

Q: Why do you think King wanted to use the same message/phrase again for the equal rights march in Washington?

A: From my public speaking/teaching perspective, MLK knew what worked and how to best get his message across to his audience, but he let his trusted advisors sway him and accepted the speech draft without the “I have a dream” phrase. But once he started giving the planned speech without the phrase and noticed it wasn’t having the impact he desired, he paused. Thank goodness he took that pause and Ms. Jackson shouted out to her friend.

Q: Why didn’t the speech or phrase resonate the first time around, in your opinion?

A: I believe it’s all about timing. Let me explain from a teaching perspective. I often teach multiple sections of the same class on the same day. I’m regularly surprised by how I can teach the same material to each class, but the results are different from one class section to another. ... The previous speeches where MLK used the “I have a dream” phrase and the dream metaphor involved very small audiences. Estimates for the famous “I Have a Dream” speech in Washington, D.C., have the crowd at over 250,000 people, and they all showed up because they connected with the idea of civil rights. In other words, the number of people and their motivation created a condition ripe for such an electric and impactful speech.

Q: How has your research on King impacted you personally?

A: Great question. My study of two bodies of MLK’s work has taught me several things. First, think about the impact you can have on others. MLK wanted to change the world and ensure equality for all people regardless of skin color, nationality, etc. We may not have the ability to make that kind of impact on the world, but we all can impact others no matter what our profession. Often, we think about how much money we make, what kind of car we drive or the size of our house. MLK teaches us that perhaps we should think about what kind of impact I am making on the world around me and the people I encounter. We can all make a difference if we look for opportunities to do so.

Finally, my recent discoveries involving the “I Have a Dream” speech have reminded me of three things: First, go with your heart. MLK felt in his heart that the dream phrase would resonate with the audience in Washington, D.C., that day, but he instead let his advisors guide his path. Thankfully, midway in the speech, he abandoned his advisors’ advice and and spoke from the heart. Second, be authentic. I’m a better teacher when I am myself in front of my classes instead of going with something prepared, not in my voice. MLK taught this lesson during his “I Have a Dream” speech. His audience didn't connect with him until he went from the artificial lecturer tone to the more authentic MLK preaching tone. The adage “be yourself” may sound trite, but it is the truth. Third, help others. MLK was all about helping others. One of my favorite MLK quotes is: “Life’s most persistent and urgent question is, ‘What are you doing for others?’”

No. 19 Sun Devils Open 2023 With Pair of Doubleheaders

The Sun Devils will open the 2023 season -- Sheila McInerney's 39th at the helm -- with a pair of doubleheaders at the Whiteman Tennis Center. ...

No. 19 Sun Devils Open 2023 With Pair of Doubleheaders The Sun Devils will open the 2023 season -- Sheila McInerney's 39th at the helm -- with a pair of doubleheaders at the Whiteman Tennis Center.