Cecilia Evans-Hernandez decided to return to school in 2020, 30 years after earning her undergraduate degree. Although the San Diego native had already earned an associate degree in child development and a bachelor’s degree in art, she had hit a roadblock in her career. The pandemic, she realized, provided the time and opportunity she needed to pursue a master’s degree.

This fall, Evans-Hernandez graduates with her Master of Science in organizational leadership from the College of Integrative Sciences and Arts, offered through ASU Online.

“My background in supervising and leading educators was missing leadership skills,” she said. “This was my opportunity to learn those skills that would help me become a leader.”

Evans-Hernandez was up to the challenge of going back to school and doing it all online.

“I learned to navigate an online program, which seemed overwhelming at the time,” she said. “I was surprised that I was able to do it online. I was used to a classroom environment where online courses were not a possibility!”

The support she received from her success coach, Ai Baba, was what she found the most meaningful.

“She was amazing,” Evans-Hernandez said. “She was always punctual in meetings to guide me in the right direction. If I would stress out, she would serenely show me a solution.”

The opportunity to return to school encouraged her to believe in herself and gain knowledge and confidence in pursuing her goals. Here, she shares more about the program and the advice she would give any student pursuing their degree online.

Q: Why did you choose ASU Online?

A: ASU has a great online program that prepares students for the workforce of today. I chose the ASU online program because the enrollment staff answered my questions, the program was easy to navigate,  the professors were involved in every course, and every course is focused on teaching something different, some with hands-on training opportunities.

Q: Which professor taught you the most important lesson while at ASU Online?

A: Dr. Paula Veach was my first and last course professor. I felt inspired by her speeches and admired her wisdom. The lesson I learned was to use “the power of your voice” to make a statement. “If you believe in something don’t hold back and pursue your desired goals” were Dr. Veach's words of encouragement. I’m an introverted person that needs words of encouragement and now I believe in my capabilities. I can truly say, I can make a difference in others' lives.

A: I would advise students to always reach out to your professors. I felt frustrated at times and stressed about uncleared assignments, due dates and readings. However, as soon as I sent an email their responses were always positive and guided in the right direction. The professors understood life's struggles and the eagerness of pursuing higher education. I’m a high achiever and doing my best is a personal preference. They calmly explained assignments and went beyond expectations to assist with my concerns.

A: My favorite spot was collaborating on ideas with other students. I made great friends during our journey together. Carmen Duran and I took the same online courses to support each other in class. Although I have not met her personally, we connected as two women going for the same educational goal. We supported each other in our education and personal life.

A: I plan to implement my knowledge into my work field. I’m an early childhood educator and plan to teach child development courses in the community college.

Neuralink, a startup co-founded by Elon Musk, is developing technology to improve the connection between humans and computers through implanted chips in the brain. The technology is purported to be able to restore a person's vision or assist people with mobility issues. Last week, Musk announced that the startup will begin human trials in six months. The idea of brain chips is not new. Resear... 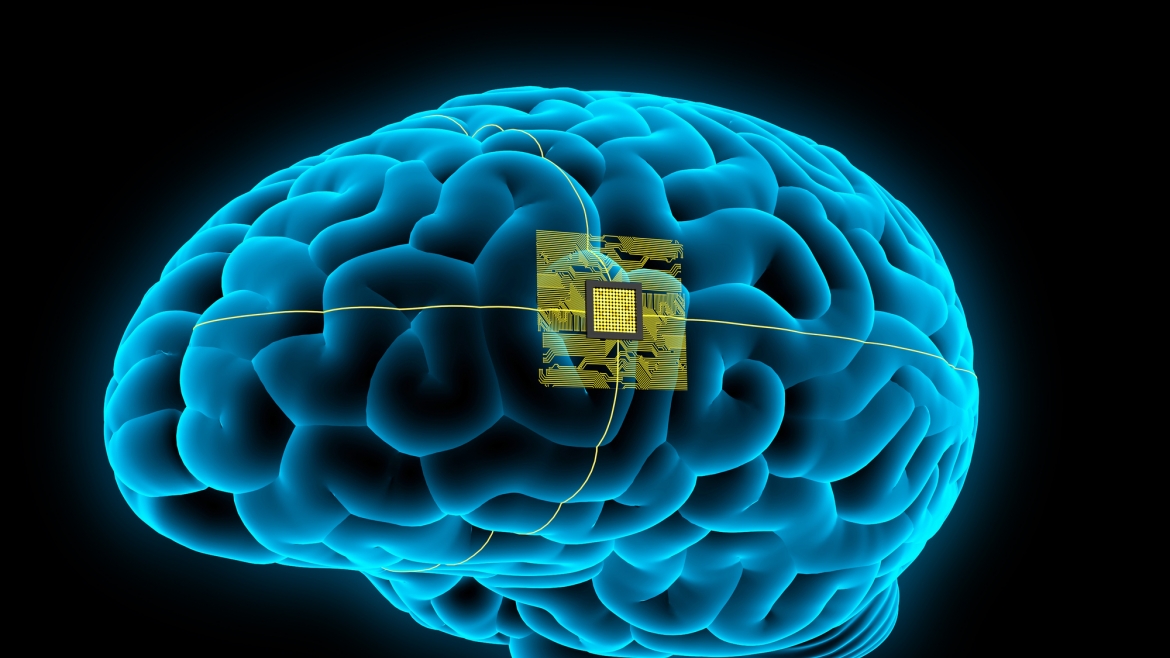 Neuralink, a startup co-founded by Elon Musk, is developing technology to improve the connection between humans and computers through implanted chips in the brain.

The technology is purported to be able to restore a person's vision or assist people with mobility issues.

The idea of brain chips is not new. Researchers in this rapidly growing field have been developing devices that can decode brain signals for decades.

But what is new, is that by testing these wireless chips on humans, Neuralink is putting the possibilities of this life-changing technology within reach by June 2023.

Eventually, these chips would be mass produced and may be used for non-medical purposes like leveling the intellectual playing field. According to Musk, Neuralink has submitted most of the necessary paperwork to the U.S. Food and Drug Administration.

But are his plans plausible? ASU News spoke with Bradley Greger to find out. Greger is a neuroscientist, a neural engineer and an associate professor at Arizona State University’s School of Biological and Health Systems Engineering. 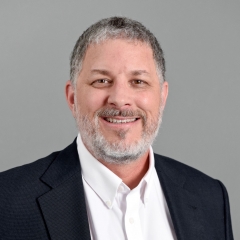 Question: What do you think about Musk’s plans to restore sight to the blind?

Answer: He’s really taking the field to an entirely different level — to the place where technology can really give useful vision to a human being. And that is a pretty monumental undertaking.

Q: Musk claimed that even if someone was born blind, he can restore their vision. Is that really possible?

A: Being concerned over providing accurate information to people who may benefit from a particular medical technology is very important. Clearly differentiating between what can currently be done and what may be possible in the future is critical.

Restoring limited vision and movement has already been accomplished in small numbers of patients through similar approaches.

The goals elucidated by the Neuralink team are achievable in the next few years. However, this is largely dependent on the level of resources allocated and the requirements imposed by regulatory agencies.

Q: Explain your work in this area? How will Neuralink build on that?

A: Right now, I am specifically working on restoring vision by directly stimulating the visual cortex of the brain — the part of the brain that processes early vision.

Let’s say someone has lost their eyes — they're blind for whatever reason. Researchers and clinicians can go straight to the visual processing parts of the brain and stimulate tiny parts of that brain and the patient will see little flashes of light. That's been done — that’s what I have done and it’s been done many, many times. But really developing it into an actual device that could be medically applied ... that is very different.

I think the most interesting and perhaps more challenging part is getting information into the brain. This was the first time Musk showed data on that and went into more detail. But for that to be useful to somebody, there has to be enough information there that it improves their quality of life. For example, the person using it can recognize somebody coming up the street or they can navigate around their house. That's what Neuralink is doing.

(Musk is) very aware of the fact that it’s all about how much information we get in and out of the brain. You'll hear him say we need more bandwidth — he's absolutely right there. He's developing the technology to get that level of information to somebody who is blind. That is when it really truly becomes useful.

Q: What do you mean by information?

A: In the case of vision, information would come from an image that could be used to guide behavior or decisions. For example, if the image produced by the Neuralink device allowed people to recognize a doorway and door handle then they could move toward it and open the door.

Q: How big is the implant and where would it be placed in the brain?

A: It's really teeny, tiny, and this is where what Neuralink has done is astounding. The actual electrodes that go into the brain are smaller than a human hair — they're microscopic, and that's what really has been a great technological advance. The electronics they have made are just amazing.

The device would be implanted in the vision part of the brain; the visual presentation part of the brain is laid out in a spatial way with certain parts of it mapped out very well. We understand that from a neuroscience point of view, that if you stimulate this part of the brain, they'll see something here at this point in space and then you can use that to build an algorithm so that you can literally hook the patient to a video camera and map it from the video camera to the brain and the person will see a kind of pattern of light.

A: The anatomy of the visual processing part of the brain is laid out like a map. A specific location in space maps onto a specific anatomical location of the brain.

For example, my coffee cup is at a specific location on the right side of my desk. This results in a specific part of my brain, the “right side of the desk” part, being activated so that I can see the cup of coffee. The Neuralink device utilizes this mapping to guide what part of the brain is stimulated so that a person with blindness will see a coffee cup at the proper location in space when the right parts of the brain are stimulated.

Q: What Musk is proposing is not exactly new — what makes his plans different?

A: There is a long history of brain computer interfaces, and the work at Neuralink is repeating and building upon this previous work.

The earliest research on using this type of technology to restore vision dates to the 1960s. Neuralink is advancing the technology to get it out of laboratories and be more widely available for clinical applications. That takes tremendous resources and a lot of very smart and dedicated people to achieve.

Q: When will this technology be available?

A: Musk is talking about almost restoring natural vision as we understand it. I think that is very far in the future. Again, it is theoretically possible, but I don't think that's going to happen in my lifetime.

But for it to be beneficial to somebody, they don't have to have fully complete natural vision, but rather something that just helps them work — do their job, go to the supermarket. That would be huge, and that is possible. And I think we will see that relatively soon.