Energy leaders focused on developing low-carbon economies in Arizona, the Navajo Nation and Nevada have joined forces to develop a regional clean hydrogen hub in the Southwest.

The Center for an Arizona Carbon-Neutral Economy (AzCaNE), housed within the Julie Ann Wrigley Global Futures Laboratory and first introduced in May, is collaborating with partners in the aforementioned areas to launch the Southwest Clean Hydrogen Innovation Network, or “SHINe.” 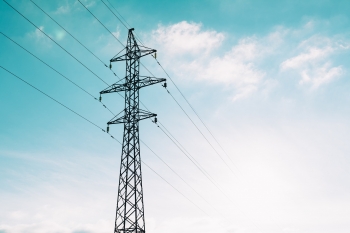 Energy leaders across the Southwest are launching a regional network with more than 40 members called "SHINe." Once fully operational, SHINe will help support the U.S. Department of Energy's vision for a regional clean hydrogen hub that provides clean energy for hard-to-abate carbon emissions in the transportation, industrial and electricity sectors. Image courtesy of Pexels by Pixabay Download Full Image

On Nov. 7, as its first step in developing the hub, SHINe submitted a concept paper to seek federal funding from the U.S. Department of Energy (DOE) for key clean hydrogen-focused initiatives, including production, processing, storage, delivery systems, community benefits and other enabling infrastructure. Once fully operational, SHINe will help support the DOE’s vision of a regional clean hydrogen hub that provides clean energy for the hard-to-abate carbon emissions in the transportation, industrial and electricity sectors while maintaining a reliable and resilient electric grid. SHINe will also work to create economic development opportunities in the region.

Arizona, the Navajo Nation and Nevada are in the nation's sunniest region, with a signifcant presence of available, undeveloped land and abundant clean energy resources. Arizona also has the nation’s largest nuclear power plant producing 100% carbon-free electricity, as well as energy providers in the state committed to reducing carbon dioxide emissions. World-class universities, established clean energy and clean hydrogen companies, and a healthy environment for innovation and startups are other Arizona highlights.

Furthermore, the Navajo Nation is one of the largest tribes in the U.S., has a land base larger than West Virginia and is transitioning to a clean energy economy, while Nevada is an early investor in clean hydrogen infrastructure, which will be necessary to integrate more hydrogen-fueled vehicles. These resources, along with the region’s proximity to California, will contribute to decarbonizing the region and ultimately the entire U.S.

SHINe includes more than 40 member organizations with expertise and operations throughout the region, including cities, clean energy companies, gas-producing companies, nonprofits, transit companies, universities, utilities and others, including the following:

Jenna Lyon's job at the Arizona State Senate has allowed her access to understand the entire process of lawmaking.Although there are days when they must work through the night in order to finish a legislative session, Lyon says she has never worked a day in her life. Perhaps this is because she is a self-described eternal optimist. More likely, it is because of her passion for public service — ...

Jenna Lyon's job at the Arizona State Senate has allowed her access to understand the entire process of lawmaking.

Although there are days when they must work through the night in order to finish a legislative session, Lyon says she has never worked a day in her life. Perhaps this is because she is a self-described eternal optimist. More likely, it is because of her passion for public service — a passion that was recently honored by a public service award from the Center for the Future of Arizona. Lyon grew up in Gilbert, Arizona, earned degrees in political science, history and public administration from Arizona State University and has spent her entire career working at the Arizona State Senate as the deputy sergeant at arms and constituent services liaison, where she provides support services.

As part of her duties, she also directs the Senate Page Program, which has provided her the opportunity to work with students interested in public service and remain connected to ASU where she recruits for the program.

“Jenna has been a mentor, boss and friend to several hundreds of ASU students over the years,” said Gina Woodall, a teaching professor in the School of Politics and Global Studies. “Her mentorship and professionalism has changed many of our students’ professional trajectories.”

Woodall was first introduced to Lyon as a student at ASU. Lyon said Woodall’s welcoming and genuine approach towards helping others has served as a great example to her through her career.

Recruiting and mentoring students in the Senate Page Program has also given Lyon the opportunity to work closely with Tara Lennon, a teaching associate professor with the School of Politics and Global Studies and faculty lead of the Arizona Legislative and Government Internship Program.

“When I talk with current and former student pages, Jenna is universally praised as one of the best supervisors they’ve ever had,” said Lennon. “Whether as interns or pages, I have seen students learn professional skills the hard way, in the deep end of a contentious political environment.”

In her position, Lyon is able to help students put what they learn in the classroom into practice at the Capitol, and she said the relationships she maintains with ASU help make that happen.

“And so it's great to have those relationships, so we can work together because we are all striving towards the same thing, which is to make Arizona better place to create great public policy,” she said.

When she was a first-year student at ASU, Lyon was looking for internships in government. She didn’t have enough credit hours at the time to apply to the Arizona Legislative and Government Internship Program, but in her research she came across the Senate Page Program.

The deadline to apply had passed, but luckily for Lyon, someone dropped out last minute and Lyon spent her first session at the Capitol as a page.

“I just completely fell in love with the process, the place, the people and the exciting things that are constantly happening in the state Capitol,” she said. “I just couldn't get enough.”

Lyon stayed in the program throughout her undergrad, and upon graduating ASU, she became the supervisor of the program herself. She was considering a graduate degree or law school at the time, but the opportunity to become the deputy sergeant at arms was too appealing to pass on.

“It’s really just the best job you could ever imagine,” said Lyon, “bringing all those young people into public service and doing a little part in maybe launching their careers.”

In working with pages, Lyon says she hopes to inspire a passion for public service — even one positive impression could create a chain reaction in getting more people to care about making government work.

Lyon’s work has not gone unnoticed. Thanks to the nomination of her chief page, Jesse Brainer, a senior studying political science at ASU, Lyon was recently awarded a Gabe Zimmerman Public Service Award in the category of Civic Leader from the Center for the Future of Arizona.

“Going down and being part of that award ceremony was just incredible,” said Lyon. “To be among these other public service professionals who’ve made such an impact in their careers, it was very humbling and a really big honor.”

Woodall said, “I cannot thank Jenna enough for her continued support of our students, connecting them to the Senate and staff, and most importantly serving as an excellent model of a true public servant.”

Added Lennon, “ASU should be proud and grateful for her mentorship of students and service to Arizona.”

From her experience in the state Senate, Lyon has seen firsthand how law making affects citizens’ daily lives and how the work that she and her colleagues do to support matters. It’s why she thinks people get into public service — to do the right thing and to serve others.

“I really truly believe government can work and can function well,” said Lyon. “I think a big part of it is because of the people that are in government tirelessly working behind the scenes to make it work.”