On Sept. 11, 2001, a group of new Army recruits were at basic training in Fort Benning, Georgia, on the rifle range when the drill sergeants started to huddle around. It was obvious they were agitated, and then came the rumors, stories, truths and lockdowns, Michael Baumgarten recalled. He was a new recruit when terrorists crashed two airplanes into the World Trade Center, a plane into the Pentagon and another plane into a field in western Pennsylvania.

Baumgarten had enlisted in the delayed-entry program for the U.S. Army while still in high school. After basic training, he went to airborne school, then qualified and became a U.S. Army Ranger.

He served eight and half years in the 1st Ranger Battalion. He was deployed to combat 10 times — five to Iraq and five to Afghanistan.

“You learn a lot about human behavior — about your own, about the changes you have as a war ages, and you do too,” said Baumgarten, now a second-year PhD student of cultural anthropology at Arizona State University's School of Human Evolution and Social Change. “You learn about loss, you learn about grief and a really wide range of human emotion from triumph to tragedy. But you do this in a really compressed amount of time.”

He spent his last couple of years in the Army as part of an instructor team for the Navy Seals in San Diego. In 2013, Baumgarten felt a calling outside of the Army and wanted to have other experiences in life. He enrolled in junior college in San Diego.

Baumgarten’s focus from school shifted when he received a call from a friend and Navy SEAL, Ray Mendoza. Mendoza had an idea for a new docuseries and wanted Baumgarten to work with him. The show,  “The War Fighters,” aired on the History Channel. Baumgarten shared his personal experiences in the episode “Objective Brenton.”

“I’m really proud of this work,” Baumgarten said. “We interviewed veterans who talked about their experiences with combat and even suicide. We wanted to cover all of these fights and guys losing their friends in places that no one would otherwise read or talk about.”

After a few years of television work, Baumgarten returned to school and finished his bachelor's degree at California State University, Northridge. During his senior year, Baumgarten participated in The Warrior-Scholar Project.

The Warrior-Scholar Project runs boot camps throughout the summer across 25 college campuses in the United States, including Harvard, Cornell and Princeton. The one- and two-week camps are a type of college-preparatory course and offer introductions in humanities, STEM, business and entrepreneurship. This summer, Baumgarten volunteered his time as a fellow in the program. He wants veterans and active-service members to know that everyone belongs in college.

“If there are veterans that are reading this, know that there are programs out there like the Warrior-Scholar Project,” Baumgarten said. “Even if you are currently an undergraduate student at ASU, it's never too late to participate.”

Researching PTSD and suicides in veterans 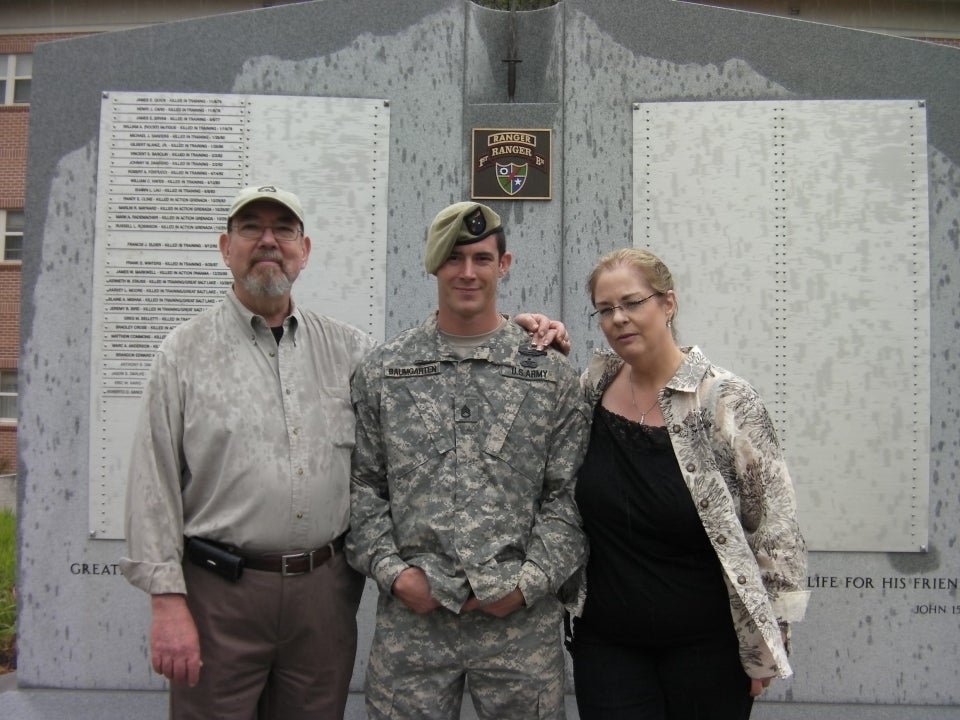 During his undergraduate years, Baumgarten happened to read about the work Sarah Mathew, associate professor at the School of Human Evolution and Social Change, was doing regarding warfare.

“Sarah’s work is the reason why I am here,” Baumgarten said. “What I study is very similar to Mathew’s and a postdoc of her’s, Matt Zefferman, who is also a veteran. They may have done some of the first cross-cultural post-traumatic stress disorder (PTSD) research at her field site in Kenya.”

Mathew is Baumgarten’s advisor. Baumgarten is focusing his research on PTSD and military veteran suicide across all branches of the military.

“Michael is ideally positioned to conduct this study, with his deep personal and professional connections with and commitment to his fellow service members and the wider veteran community,” Mathew said.

“Before coming to grad school, he co-produced a docuseries for the History Channel, 'The Warfighters,' which featured intimate first-person narratives of U.S. Special Forces missions in Iraq and Afghanistan. Getting service members to open up about difficult experiences is not something everyone can do — which is a hurdle for research just as it is for filmmaking.”

Baumgarten wants to build larger data sets about how different groups of people experience and deal with war. And he wants to get additional data behind why Marines are the smallest unit in the military but suffer the most losses from suicide, according to reseach published in 2020.

“I try to look at the military the same way anthropology has looked at pretty much every other group of humans on the planet,” Baumgarten said. “I try to use evolutionary anthropology methods to ask some of these bigger questions about our own evolution within the behavior of war. What role does culture play in this?”

Baumgarten said it’s important to continue to research why the United States' experience of fighting in wars is different compared with other cultures around the world.

“Based on Sarah’s work, there seems to be cultural variability in some PTSD symptoms and suicides,” Baumgarten said. “Turkana are a bit less depressed overall, and they are in this constant state of warfare. So, the U.S. experience is different, right? We’re more depressed, and our wars are fought somewhere else, right? We’re not sitting in Phoenix and worrying about, say, Denver coming to raid us. So now you have this diversity in experience and context.”

Baumgarten welcomes any veterans who would like to talk about his research, experiences or the Warrior-Scholar Project to reach out to him through email.

Often seen as two separate or even opposite subjects, the intersection of art and science is deeply familiar territory to Arizona State University Associate Professor Lekelia "Kiki" Jenkins. Her upcoming project, funded by the Fulbright Scholar Award, combines photography, safety and sustainability in Australia’s commercial fishing industry. The project will explore the effectiveness of photogr...

The project will explore the effectiveness of photography in increasing fishers' safety and implementing sustainable fishing practices. Jenkins will base her work out of the University of the Sunshine Coast from January through May 2023. 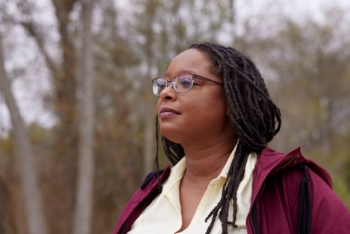 Lekelia "Kiki" Jenkins will use photography as a storytelling method to increase sustainability and safety measures in Australian fisheries. Download Full Image

“There are recommendations that are made to promote sustainable fishing, but those recommendations aren’t always used,” said Jenkins, a senior global futures scientist in addition to her faculty affiliation in the ASU School for the Future of Innovation in Society. “Art may bring in that emotional component and be more compelling.”

Jenkins plans to utilize Photovoice, a visual research technique and artform, as both a display and a data collection method. Members of the Australian fishing community will directly participate by taking photos throughout the project.

Jenkins is one of the first recipients of the Fulbright Scholar Award funded by the Australia Regional Universities Network. While Fulbright awards to Australia can be especially competitive, Jenkins said the competitive nature of the award is not what drove her to apply — she hadn’t considered applying until she went to an informal session about the award hosted at ASU.

“The university has a really robust system in connecting people with the Fulbright award, and it really encouraged me to start thinking about applying,” Jenkins said. “I was looking for someplace where I could do science art, preferably in the context of marine science. The University of the Sunshine Coast is an epicenter for marine environmental science art.”

“ASU Fulbright is here to support the Fulbright endeavors of our faculty and staff at every stage of the process, from selecting the right award to apply for, to navigating host institutions, to thorough reviews of all application materials,” Engler-Weber said.

Jenkins said applying for the award will enable her to further her work in science art as well as immerse herself in the culture and community of Australia, a place she has never been. Her Fulbright award extends through four months, which is the amount of time Jenkins has to develop relationships with local fishing communities and encourage their engagement in the art.

“There are some logistics that come with the time period and getting people to give their time and attention, but ultimately this project connects back to the importance of families and feeding your country,” she said.

Through the medium of photography, Jenkins hopes to facilitate meaningful conversations and implementation of safety and sustainability practices.

“Art allows people to sit with heavy conversations longer, and the longer we can have these difficult discussions, the closer we can get to solutions.”