Thirty years ago, clinical psychiatrist Jonathan Shay drew attention to similarities between the trauma experienced by Greek warriors, as documented in the epic poem “The Iliad,” and Vietnam veterans in America. Could the experience of war impact people in similar ways in vastly different cultural milieus?

Research published this week by Arizona State University researcher Sarah Mathew and former ASU postdoctoral researcher Matthew Zefferman in the Proceedings of the National Academy of Sciences shows that Turkana pastoralist warriors from Kenya also experience PTSD (post-traumatic stress disorder) symptoms, even though their lifestyles and combat experiences are markedly different from that of Western soldiers.

However, these pastoralists experience less of the PTSD symptoms associated with depression relative to American service members. This difference may be due to aspects of Turkana military organization and practice.

Combat stress is considered to be a major part of the human cost of industrialized warfare. It is estimated that 10% to 20% of American combat veterans of the Iraq and Afghanistan wars suffer from PTSD.

The roots of PTSD are controversial. Some think that PTSD is largely a syndrome of military service members of industrialized societies who do not have social support systems typical in small-scale societies. Others expect it to be a universal phenomenon caused by adaptive responses to acute life-threatening events.

“Distinguishing between these theories has been challenging because PTSD in combatants has been studied almost exclusively in large-scale industrialized societies,” said Zefferman, who is a U.S. Air Force veteran and an assistant professor at the Naval Postgraduate School in Monterey. Zefferman was a postdoctoral researcher with the Institute of Human Origins at ASU at the time he began this project. 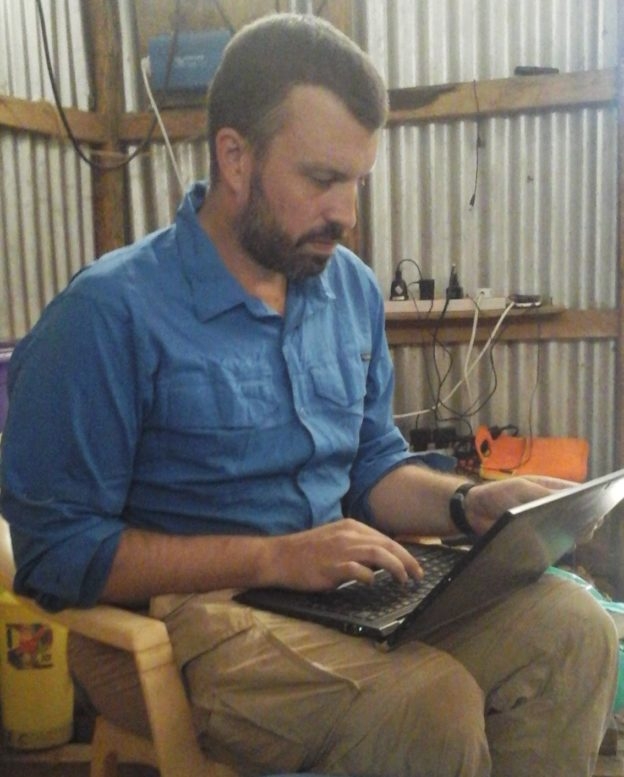 Zefferman spent six months interviewing warriors in a remote part of Kenya near the border of South Sudan, where Mathew has been running a field research site since 2007. Mathew is an associate professor at ASU in the School of Human Evolution and Social Change and a research affiliate of the Institute of Human Origins. She was awarded an Andrew Carnegie Fellowship in 2015 that allowed her to undertake this study.

“The Turkana communities in this area see cattle raiding as integral to their livelihood — without going on raids, they cannot recover livestock they lost when they were attacked, and they would get pushed out of critical dry season pastures and water wells,” Mathew said.

Turkana in this area have a high degree of combat exposure with about half of adult male mortality due to combat. Twenty-eight percent of the 218 warriors interviewed for the study reported PTSD symptom severity scores that would qualify for a provisional PTSD diagnosis.

To delve further, they compared Turkana symptoms with those of treatment-seeking American combat veterans. They found that the Turkana, compared to American service members, have similarly high levels of symptoms that Zefferman and Mathew hypothesized facilitate learning from and reacting to future combat-related dangers. However, they have lower rates of depressive PTSD symptoms.

The researchers suggest that depressive symptoms have different evolutionary origins than other PTSD symptoms and may be related to moral injury — trauma from witnessing or participating in acts that violate one’s moral beliefs.

The researchers also believe that the lack of hierarchical coercive leadership in the Turkana helps them avoid morally questionable actions relative to members of militaries in industrial societies. Because combat is so pervasive in the Turkana, there is not as strong a separation between military and civilian life. The Turkana employ numerous rituals after killing in combat that may help relieve these symptoms.

To see if PTSD symptomology among the Turkana supported their proposition, they statistically modeled which aspects of Turkana combat experiences are associated with depressive (negative beliefs/feelings, low concentration, and irritability/agreesion) versus “learning-and-reacting” (hypervigilance, nightmares, flashbacks) PTSD symptoms.

They found that predictors measuring exposure to the dangers of combat like being ambushed, shooting at or being shot by the enemy, hand-to-hand combat, and suffering bullet wounds were more strongly associated with learning-and-reacting than depressive symptoms of PTSD.

Conversely, predictors measuring exposure to combat-related moral violations like failing to save the life of another Turkana, seeing people get shot or die, killing an enemy, or being socially sanctioned for combat-related actions were more strongly associated with depressive than learning-and-reacting symptoms.

“The findings provide an evolutionarily and cross-culturally informed framework to further probe the origins and causes of moral injury and its connection to combat-related PTSD,” Zefferman said.

In 2018, sponsored by the ASU Center for Evolution and Medicine, the researchers co-organized a workshop with the center’s founding director, Randy Nesse. The workshop brought together anthropologists, clinical psychiatrists and evolutionary psychologists to ASU to discuss avenues for future interdisciplinary research.

“Establishing which aspects of PTSD are dependent on social and moral forces, and which will tend to be universal, can help focus clinical research on ways to prevent or treat combat stress,” Mathew said.

Humans are unusual because we cooperate with each other in ways that other animals do not. Cooperation can be a messy venture, with many strategies in play because individuals are prone to self-serving actions. Humans seem better able to solve these problems, but it is not certain why. Arizona State University researchers Sarah Mathew and Robert Boyd have published new research in Nature Human Beh...

The College of Liberal Arts and Sciences , Institute of Human Origins , School of Human Evolution and Social Change , Social science

Humans are unusual because we cooperate with each other in ways that other animals do not. Cooperation can be a messy venture, with many strategies in play because individuals are prone to self-serving actions. Humans seem better able to solve these problems, but it is not certain why.

Arizona State University researchers Sarah Mathew and Robert Boyd have published new research in Nature Human Behaviour that puts forth a new explanation for why reciprocity plays a prominent role in human cooperation and why it is so rare in other animals.

It has to do with adjudication by third-party observers to help resolve errors in perception — disagreements between social partners about what transpired. In human life, it is not just the fact that someone has been wronged, but potentially, the fact that the person feels like they have been wronged, even though they have not.

Mathew and Boyd designed a new strategy — “ATFT” or “arbitration tit-for-tat” that was studied using evolutionary game theory. It seeks the opinion of a third-party “arbitrator” when partners have a misunderstanding. They show that ATFT can persist and perform well against different existing reciprocity strategies. ATFT is notably better than current strategies at sustaining cooperation when disagreements are common occurrences.

Existing theory indicates that behavioral errors undermine reciprocity because it leads to continuing misunderstanding and recrimination. By relying on a public, third-party opinion to align both players’ beliefs, cooperation is reestablished during game play, even when arbitration errors frequently arise.

In other animals, evidence for reciprocity is sparse, though many species live in social groups, interact repeatedly over time and seem to have the cognitive ability to adjust their current behavior on another’s past actions. This is precisely the conditions that should favor reciprocity, but there is no avenue for remedying errors in perception.

Human reciprocity differs from that of other species because people live in societies regulated by shared, culturally transmitted moral norms.

“In small-scale village societies, people are intensely interested in, and aware of, each other’s affairs and help to mediate interpersonal conflict and adjudicate disputes between well-known individuals,” said Mathew, a research affiliate with the Institute of Human Origins and an associate professor in the School of Human Evolution and Social Change.

Their research notes evidence from “group talking” among the Ju/’hoansi (!KungA member of a people of southern Africa —usually preceded in writing by ! (via Merriam Webster)) foragers of Botswana, community discussion among Turkana pastoralists on who have violated norms, and discussion around kava drinking sessions in Fijian villages to lay out motives, opinions and interpretations of the conflicts.

“Humans are a different kind of animal because we depend on nongenetic, cultural inheritance. Cultural evolution is much faster than genetic evolution, and this allows human populations to evolve solutions to local environments,” said Boyd, a research affiliate with the Institute of Human Origins and professor in the School of Human Evolution and Social Change.

These cooperative strategies use judgments that allow reciprocity to evolve and persist even when errors are quite common and the judgments are inaccurate, giving rise to qualitatively novel — and distinctly human — kinds of social behavior.

This research was published as “Arbitration supports reciprocity when there are frequent perception errors,” in Nature: Human Behavior, Robert Boyd and Sarah Mathew.