Located high in the Andes Mountains in South America, the Atacama Desert is the driest non-polar desert in the world, averaging about 2 millimeters (0.08 inches) of rainfall per year. However, using an innovative method and instrumentation, Arizona State University School of Molecular Sciences (SMS) Graduate Research Associate Donald Glaser found that water-vapor adsorption, the adhesion of water molecules to soil grains, adds as much or more water into the Atacama’s hyper-arid soils as annual rainfall — and is likely a key contributor to the desert’s ability to support life.

This finding, detailed in the October issue of the journal Astrobiology and featured on its cover, provides insight not only into the presence and movement of water on Earth, but also on Mars, the surface of which is extremely dry, similar to the Atacama Desert. If the water-vapor adsorption process observed by Glaser also occurs on Mars, it could help to identify regions of interest in the search for evidence of life on the red planet. 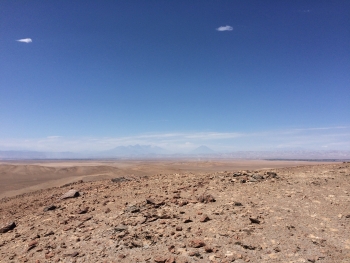 “Astrobiology as a field sits at the boundaries of biology, chemistry, physics and geology,” Hartnett said, “and there is a tremendous need for chemists to understand environments on other planets. So these sorts of chemical and physical analyses are very important for understanding what makes extreme environments habitable.”

Using a new method and instrumentation he created, Glaser measured soil moisture and soil temperature levels in the Atacama Desert every 20 minutes for two weeks. 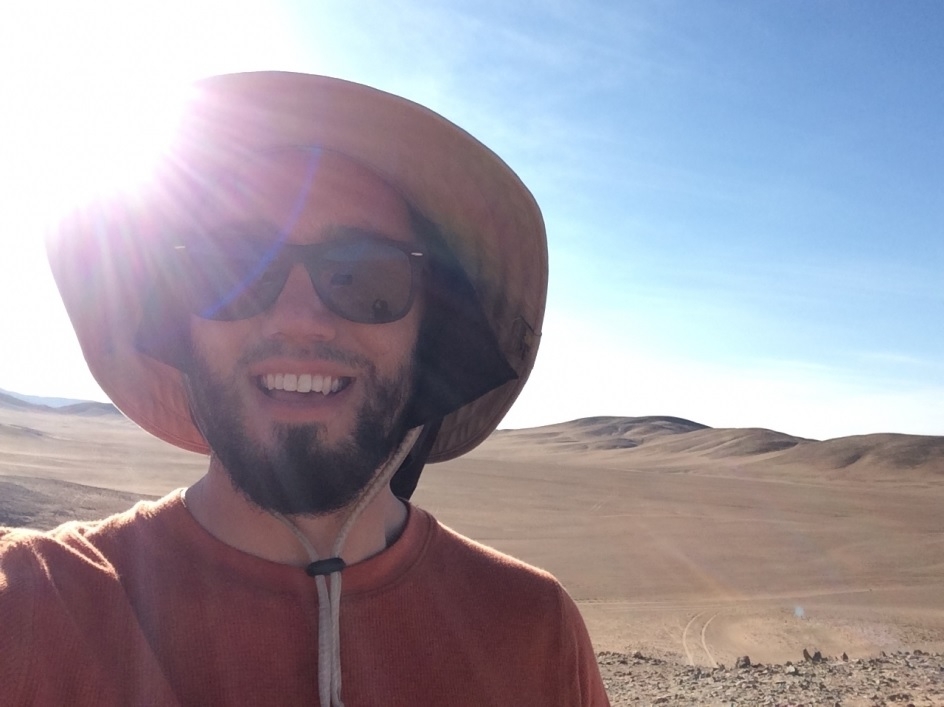 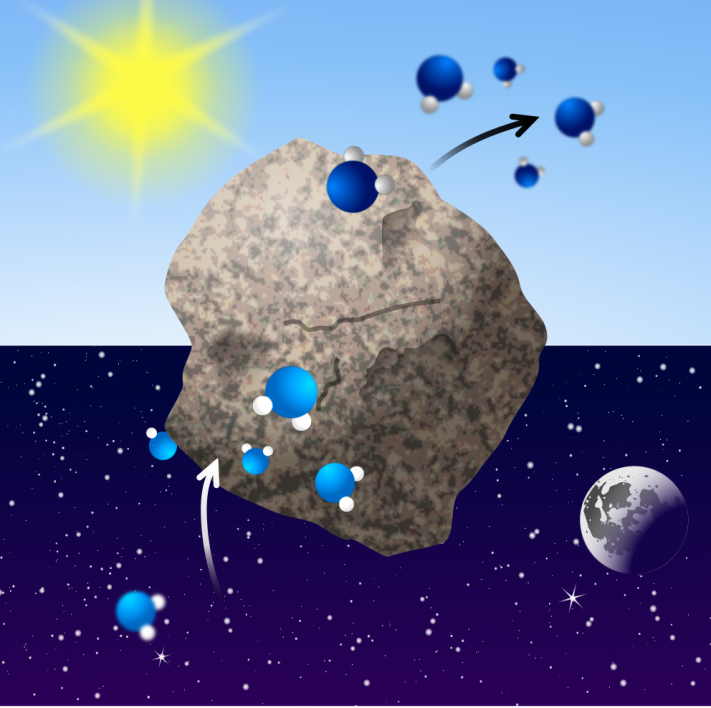 Graphic illustrating the interaction of water molecules and soil grains.

“It hadn’t rained in over a year when I was there doing research,” Glaser said. “So this has to be an active process; otherwise, water would have diffused out of the soil.”

Combined with computer modeling and laboratory research, this work provides field evidence for a small but daily input of water into the soils of one of Earth’s driest environments.

“The Atacama Desert is roughly 100 times drier than Phoenix, Arizona,” Glaser said. “So this input of water, although small, is likely crucial. It appears there may be more water than we thought in this extremely dry desert.”

Glaser, who will soon graduate with his PhD, was recently awarded a NASA Postdoctoral Program Fellowship to work on exoplanet habitability modeling at NASA’s Goddard Institute of Space Sciences in New York.