Referred to as “not your grandmother's 'Oklahoma!',” the golden age production will soon be retold on a 21st-centrury stage like you’ve never seen it before, premiering Tuesday, Oct. 18, at ASU Gammage.

Revamped for a modern day audience, the musical tells the tale of an imperfect America and a community finding itself amid the turbulence of the frontier that shaped the nation years ago. 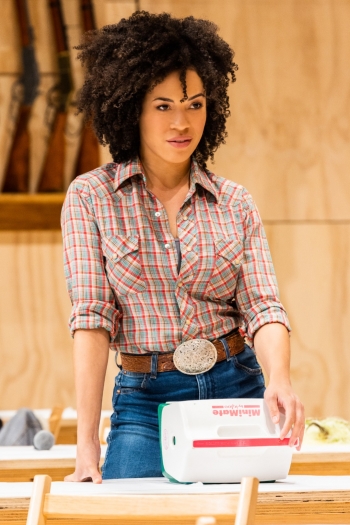 Long celebrated as an iconic piece of musical theater, “Oklahoma!” unites audiences with the idea of a flawless nation, basking in the illusion of a bright golden haze on the meadow. But viewed anew in the context of a country still struggling with racial, economic and gender equity, sharply divided by political beliefs and emerging from an isolating pandemic and racial reckoning, this production pushes back on the notion of a perfect country — instead suggesting the idea that America is still very much a work in progress.

“What you'll see is just sort of pulling back a deeper layer of some of the social angst I think is present already within the script,” says Sasha Hutchings, who is cast as Laurey Williams. “You just get a deeper focus on those elements of society, which definitely brings a darker tone to the story."

While the revival conveys messages that still prove relevant for audiences today, not a single word has been altered from the original script.

“Sometimes when you get a revival, edits are made or some people try to make things a bit more politically correct,” Hutchings says. “And we have not done that at all. ...It makes the story fuller.”

The production tells the story of a love triangle between farm girl Laurey and her two suitors, the charming cowboy Curly and the mysterious farmhand Jud Fry, as they theatrically expose the show’s darker psychological and societal commentary through their courtship.

“I think in the original version, or at least my experience of it ... it's sort of a foregone conclusion that Laurey and Curly will end up together, and that is definitely not the case within our story, or without and within our approach,” Hutchings said.

For her, Laurey is empowered, and she sees her character in a new light in the show’s spin within a modern context: “There is something about that that she's interested in, and for me, what that does is really highlight the choices that she has.

"A choice which really resonates with me as a woman, you know? In this time, when choices are being taken away and what it means, the autonomy that that gives you.”

To Hutchings, “Oklahoma!” doesn’t shield the audience from an interpretation of their own, and allows viewers to relate the experiences of the characters to their own lives. Not only does Hutchings hope that viewers are “able to see themselves and their loved ones represented,” but also to take that even further and “return to their lives and the people they love with a new lens with which to maybe approach.”

“When they realize that maybe the show is taking a turn they weren't expecting or taking a turn that they find interesting but don't know where it’s headed,” she said, she hopes that viewers “remain open and continue to ask questions.”

Both Broadway fans familiar with the classic production and first-time viewers can expect the unexpected with an unorthodox use of lighting; brightly gleaming in some scenes to unite the audience with performers, and turned off for others to direct the focus to the dialogue on stage. Like the revived production itself, Hutchings hopes that this show can challenge the norm for viewers and the “stagnant way of life” that our individual thinking becomes accustomed to.

“I hope that this show is disruptive to that,” she said.

Overall, Hutchings hopes that theatergoers will find a way to relate to the piece, feel inspired and leave the theater with a sense of curiosity.

Rodgers and Hammerstein’s “Oklahoma!” will be showing at ASU Gammage, Oct. 18–23. For more information, visit asugammage.com.

As construction of the new $12 billion Taiwan Semiconductor Manufacturing Company factory in north Phoenix is underway and set to begin chip production in 2024, the Phoenix metro area welcomes thousands of new jobs, as well as a burgeoning Taiwanese community.Just 8 miles south of the new TSMC facility is Arizona State University’s West campus, home to the New College of Interdisciplinary Arts a...

As construction of the new $12 billion Taiwan Semiconductor Manufacturing Company factory in north Phoenix is underway and set to begin chip production in 2024, the Phoenix metro area welcomes thousands of new jobs, as well as a burgeoning Taiwanese community.

Just 8 miles south of the new TSMC facility is Arizona State University’s West campus, home to the New College of Interdisciplinary Arts and Sciences. On Oct. 8, in partnership with Phoenix Sister Cities, the community was invited to a celebration of Double Ten Day — Taiwan’s national holiday. Double Ten commemorates the beginning of the Wuchang Uprising in China on October 10, 1911, and is celebrated annually by thousands at Taiwan’s capital with large parades, dancing, music and fireworks.

“Considering West campus is in such close proximity to the new TSMC facility in north Phoenix, we are eager to welcome and embrace our neighbors from the Taiwanese community,” said Todd Sandrin, dean of New College and vice provost of ASU's West campus.

“We are grateful to have partnered with Phoenix Sister Cities and other distinguished community leaders for this incredibly vibrant cultural celebration. We look forward to strengthening this relationship for many years to come as we work to even more fully realize ASU's design principles of leveraging our place and being socially embedded across the West Valley and far beyond.”

The event was free and open to the public, as well as ASU students, faculty and staff, and included a night market with food and craft vendors, activities for all ages, cultural performances and dances, and more. The evening concluded with a fireworks display, a hallmark of Double Ten festivities.

At the event, Phoenix Mayor Kate Gallego shared remarks about the city’s long standing partnership with Taipei, Taiwan, and encouraged Phoenicians to continue to grow friendships, business relations and cultural connections with Taiwan. On behalf of the city of Phoenix, Gallego also formally recognized Oct. 7–10 as the city's annual Double Ten Day celebration. 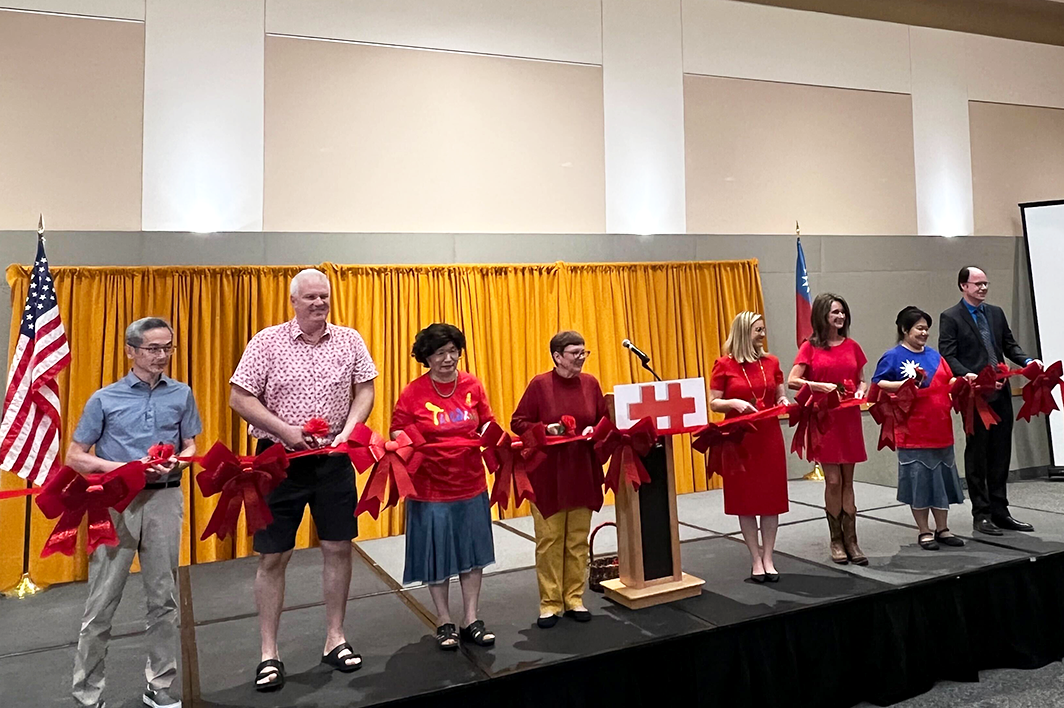 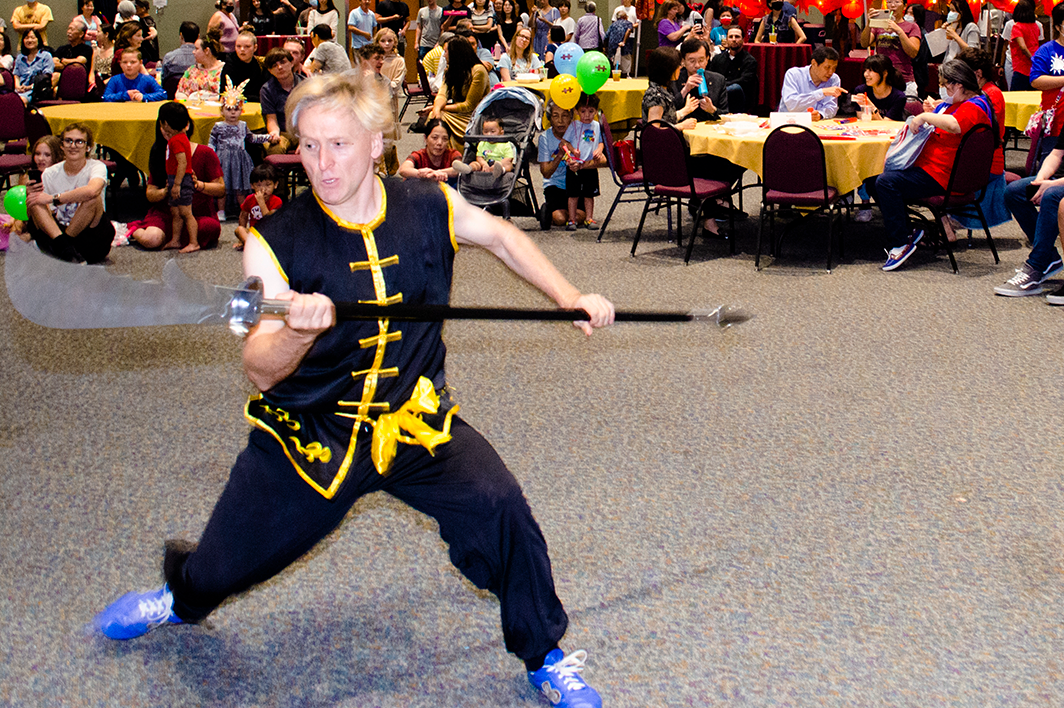 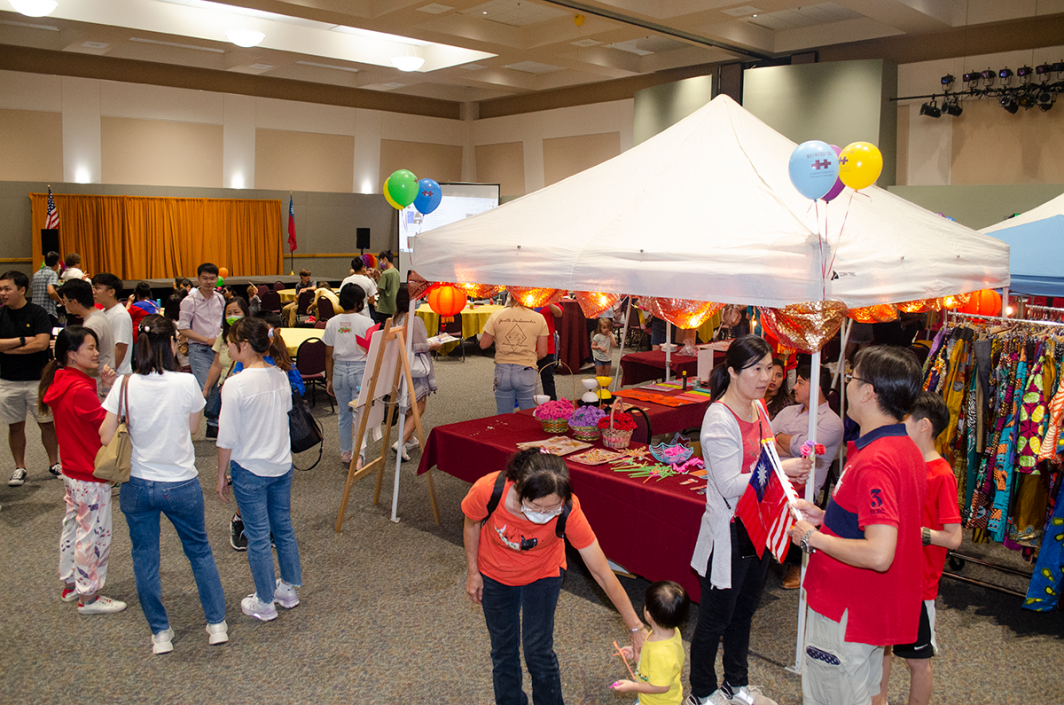 The Double Ten celebration at ASU's West campus included a night market with food and craft vendors and activities for all ages. 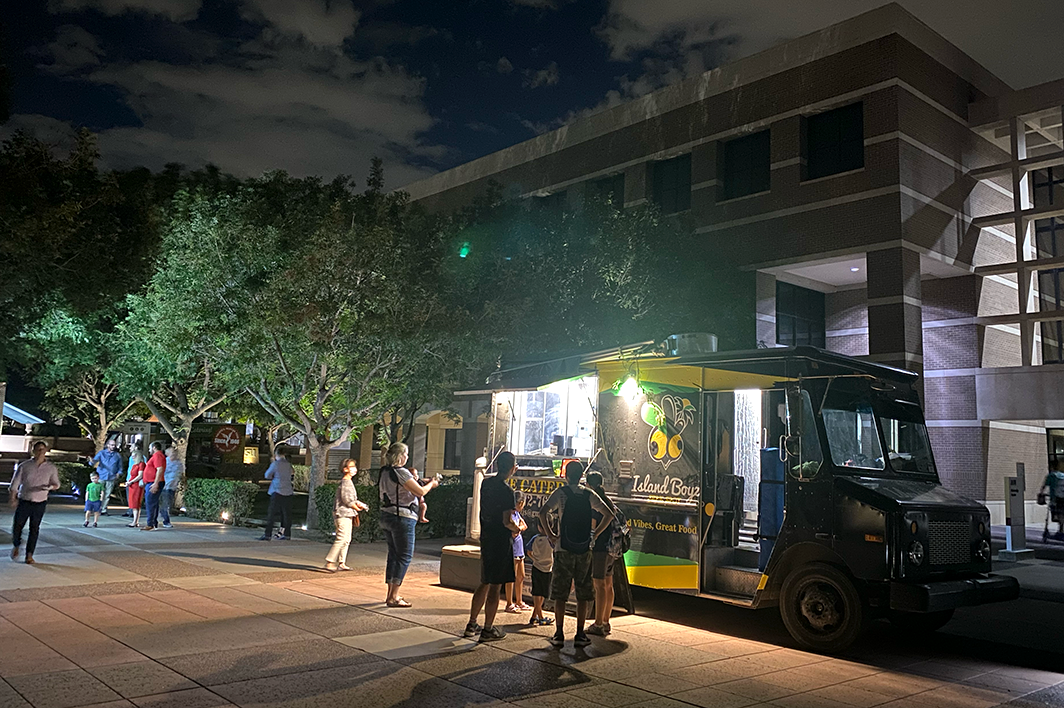 Attendees of the Double Ten celebration at ASU's West campus enjoyed food and treats from local food trucks and vendors. 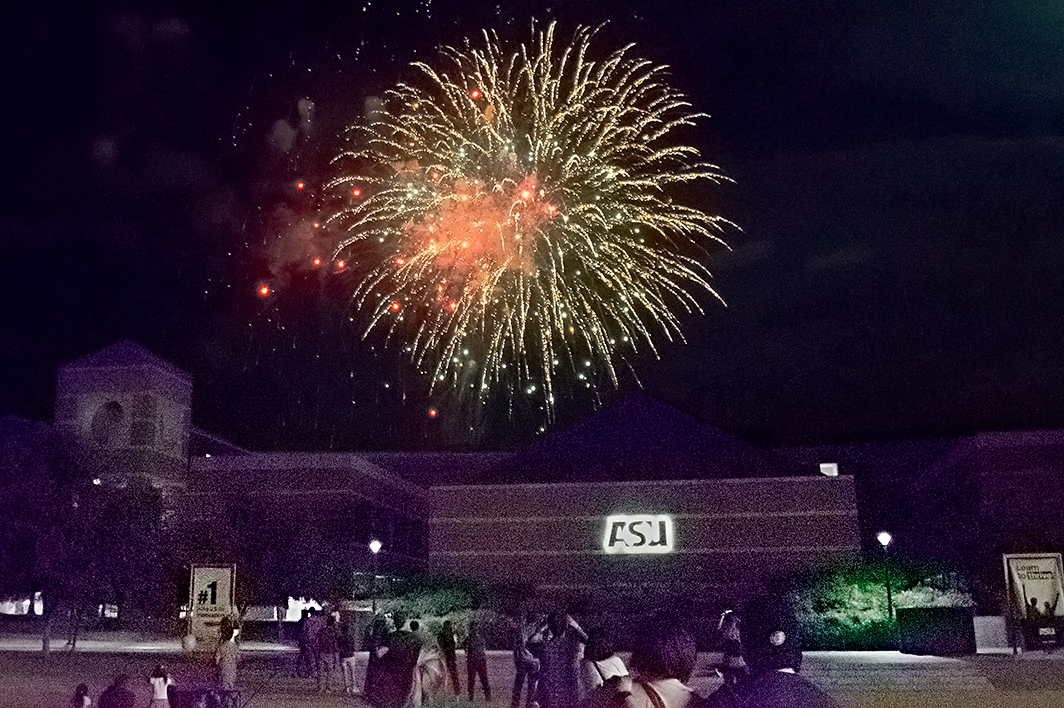 The Double Ten celebration at ASU's West campus concluded with a fireworks display, a hallmark of Double Ten festivities.

"With the arrival of TSMC, Bank of Taiwan, Sunlit and many additional supply chain companies, our city is strengthened by the booming Taiwanese community in Phoenix and the friendship of the Taiwanese people. Phoenix is well-positioned to care for these new residents and businesses, thanks to academic and economic partners, including ASU," Gallego said.

"Our work with ASU is providing solutions to address the high demand for advanced manufacturing talent. Training on state-of-the-art equipment is critical for technology jobs, especially in semiconductor chips manufacturing. ASU is a key partner elevating the Phoenix region’s competitiveness in attracting companies and delivering the workforce for the jobs of tomorrow.

“The city’s first annual celebration of Double Ten Day was an incredible success," said Councilwoman Ann O'Brien, who represents District 1 in north Phoenix. "Hundreds of people from all different backgrounds came to learn and celebrate with the Taiwanese community. As our Taiwanese community grows in population in north Phoenix, it is so important to hold cultural events like this to welcome our new residents and to open the world to our current residents.”