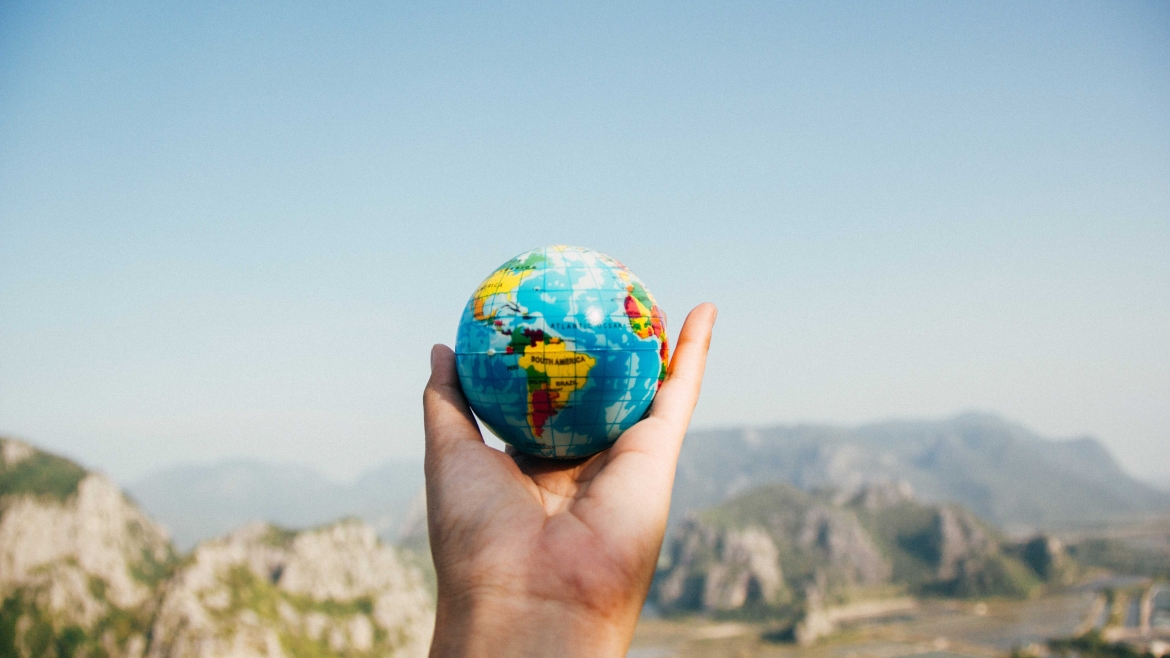 Arizona State University is adding another distinguished title to its name.

Last June, ASU was named a Hispanic-Serving Institution (HSI) by the U.S. Department of Education, a major milestone in its enterprisewide commitment to increase the diversity of its student body. 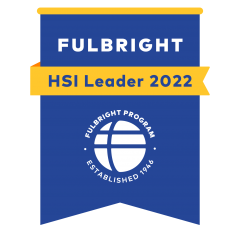 Now, the State Department’s Bureau of Educational and Cultural Affairs has announced ASU as one of 43 Fulbright Hispanic-Serving Institutions Leaders, from over 400 HSIs nationwide.

The designation recognizes the noteworthy engagement and success that selected HSIs have achieved in helping students and faculty benefit from a variety of Fulbright opportunities during the 2021–22 academic year.

This honor as a 2022 Fulbright HSI’s Institutional Leader recognizes the university’s dedication to promoting global engagement and mutual understanding among people and nations.

“Arizona State University exemplifies a deep commitment to international exchange and to building lasting connections between the people of the United States and the people of other countries,” U.S. Secretary of State Antony J. Blinken wrote in a letter to ASU President Michael Crow.

“For decades, students and scholars have represented the academic and research excellence of Arizona State University around the world through their participation in the Fulbright Program,” said Nancy Gonzales, executive vice president and university provost at ASU. “While we are proud of our history as a top producer of U.S. Fulbright Scholars, we are especially motivated in this inaugural year of receiving designation as a Hispanic Serving Institution, to redouble our support for Hispanic students and scholars who pursue Fulbright as a part of their academic and professional journey.

“Two of ASU’s core design aspirations are to engage globally and transform society. Over the years, Fulbright has been a valued program that helps us realize these aspirations and enrich our community through the intellectual and cultural exchange it provides.”

For more than 75 years, the Fulbright Program has given more than 400,000 talented and accomplished students, scholars, teachers, artists and professionals the opportunity to conduct research abroad, exchange ideas and contribute to finding solutions to complex international challenges.

“I am particularly proud of this announcement, as it demonstrates how well the ASU Charter aligns with the Fulbright program’s emphasis on inclusion and representation,” said Kyle Mox, ASU’s associate dean for national scholarships. “It only seems right that if we send young ambassadors abroad to represent the United States, that cohort should be representative of our population.”

Mox serves as ASU’s Fulbright program advisor and director of the Lorraine W. Frank Office of National Scholarships Advisement, which provides assistance to all ASU students and alumni as they apply to major external awards and fellowships.

“ASU’s continued high production of Fulbright recipients illustrates the persistent efforts of our students, faculty and staff to create a supportive community of excellence at ASU,” Mox said. “Our success is no accident.”

The rise of the independents

For the last 162 years, the course of American government has been based on the competition of the two major political parties, with most U.S. voters registering as either Democrats or Republicans.But voter confidence in the two-party system has taken a marked turn in the 21st century, and today between 40% and 50% of the U.S. electorate – numbers that are growing – have rejected the norm. Ind...

The rise of the independents

For the last 162 years, the course of American government has been based on the competition of the two major political parties, with most U.S. voters registering as either Democrats or Republicans.

But voter confidence in the two-party system has taken a marked turn in the 21st century, and today between 40% and 50% of the U.S. electorate – numbers that are growing – have rejected the norm. Independent voters are now the emerging power in American politics. 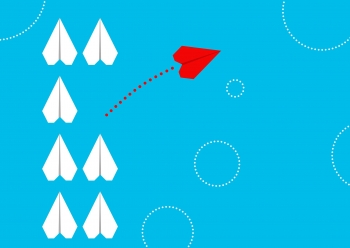 One difficulty in understanding the direction this new force is taking, says Professor Thom Reilly of the ASU School of Public Affairs, is knowing what independents think and want from their government.

“What exactly is on the minds of independent voters is difficult to know. Sometimes they elect liberals, sometimes conservatives, sometimes moderates, all in the same election,” said Reilly, co-director of the new ASU Center for an Independent and Sustainable Democracy.

Both politicians and the public need to come to grips with independent voters’ stronger position at the political table, Reilly said.

According to the center, the number of independent voters increasing nationwide coincides with a rise in the number of American voters who are frustrated with their national government. A recent study by the Partnership for Public Service found that 56% of survey respondents said they do not trust the federal government, and 65% believe the government does not listen to the public.

Reilly said that more and more voters believe the two major parties are mostly responsible for the polarization among citizens and dysfunction in government.

“We at the center are seeking to learn whether a viable pathway to nonpartisan governance exists, whether major reform to our political structure is possible and if we are able to remake the terms of self-governance,” Reilly said. “We also ask if there is a part that independent voters can play in such a change.”

The center seeks to:

Salit referred to Arizona as the focal point for what she called many current “dramatic tensions” on the U.S. political scene. Thom Reilly, a professor in the ASU School of Public Affairs, is co-director of the Center for an Independent and Sustainable Democracy, whose official opening is Oct. 19. Photo courtesy Thom Reilly

"We have a third of the electorate identifying as independents, a state swinging red and blue with independents playing the decisive role, and yet the tools for understanding and analyzing these breakaway patterns are limited and out of date,” Salit said. “We hope that our center, with the backing of the university, will open new and innovative ways of engaging political problems."

The center's opening coincides with the publication of a new book Reilly and Salit co-wrote with Omar Ali of the University of North Carolina, Greensboro, titled “The Independent Voter.” The book is published by Routledge Press and asserts independents are far from monolithic in their political leanings. They represent major change for American democracy, and may even be responsible for saving it, the authors contend.

By definition, independents’ non-aligned status has them traveling a wide variety of political roads. They hold diverse views from one another, much more than their partisan counterparts, making them a difficult target for candidates trying to corral them into their political column, Reilly said.

Independents, lacking faith in the two major parties, have many different views on political subjects instead of gravitating toward a particular partisan political philosophy, he said.

Independents also have more moderate political views than partisans because more of them are willing to share what they learn on social media with partisans at both ends of the spectrum, according to a recent survey of Arizona voters Reilly co-conducted with Eric Hedberg of Abt Associates of Rockville, Maryland. 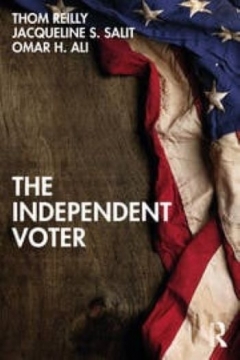 "The Independent Voter" by Thom Reilly, Jacqueline Salit and Omar Ali, was released in September 2022 by Routledge Press.

Independents were also less prone to terminate friendships over political differences with Democrats or Republicans than party members were likely to do so with each other, Reilly said.

Reilly said he hopes the center will be a resource for citizens, media and academics seeking reliable information and research into U.S. electoral and political behavior and insight on how independent voters’ involvement in politics can help effectively change American democracy.

Salit said independent voters have been “misunderstood, classified incorrectly and generally minimized in national and local politics. Yet, they determine the outcome of major elections, stand in the forefront of political reform and are adding numbers to their ranks every day.”

Salit said the center is dedicated to resetting public understanding of these influential voters. “And we are so pleased that ASU has stepped up to plant a flag with us at such a critical time,” she said.

To learn more about either the center or the book, contact Reilly at thom.reilly@asu.edu or Salit at jsalit@asu.edu.