Shantel Marekera to receive $19,500 to support an education project she founded in home country of Zimbabwe

Shantel Marekera, a double graduate of Arizona State University, recently was awarded the Äänit Prize from the Mandela Rhodes Foundation.

The Mandela Rhodes Foundation is Nelson Mandela’s official organization for leadership development. The Äänit Prize funds social-impact projects in Africa. Marekera will receive $19,500 to support an education project she founded in her native country of Zimbabwe. 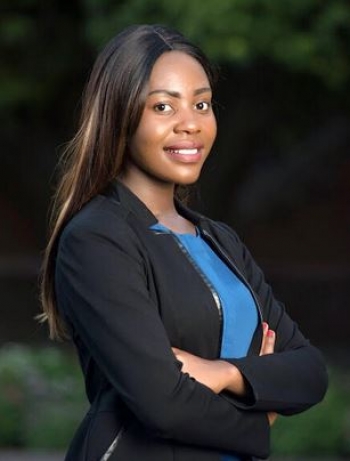 Marekera, who was an ASU Mastercard Scholar, received a bachelor’s degree in justice studies with honors from Barrett, The Honors College in 2018 and a master’s degree in justice studies in 2019, both from the School of Social Transformation. As a Rhodes Scholar, she completed a degree in jurisprudence and law at the University of Oxford in 2022. She also has served as a Global Peace Ambassador in Zimbabwe for Global Peace Chain.

MORE: The dream maker — how Marekera is helping preschoolers in Zimbabwe

“I am filled with gratitude to my Rhodes community, my team at Little Dreamers Foundation, the Budiriro Cabs and Glenview community, and all the organizations that have partnered with Little Dreamers. I didn’t do this alone,” Marekera said.

Marekera plans to use her prize money to purchase land to build a school for students from preschool to primary school in Zimbabwe.

Read more about the Äänit Prize.

Colin Donovan, an alumnus of the ASU Online history master’s program at the School of Historical, Philosophical and Religious Studies, was named the 2022 Idaho History Teacher of the Year by the Gilder Lehrman Institute for American History.Since 2004, the Gilder Lehrman Institute has awarded elementary, middle and high school history teachers for their excellence in history education. The award...

Colin Donovan, an alumnus of the ASU Online history master’s program at the School of Historical, Philosophical and Religious Studies, was named the 2022 Idaho History Teacher of the Year by the Gilder Lehrman Institute for American History.

Since 2004, the Gilder Lehrman Institute has awarded elementary, middle and high school history teachers for their excellence in history education. The award honors one teacher from each state, the District of Columbia, Department of Defense schools and U.S. territories. 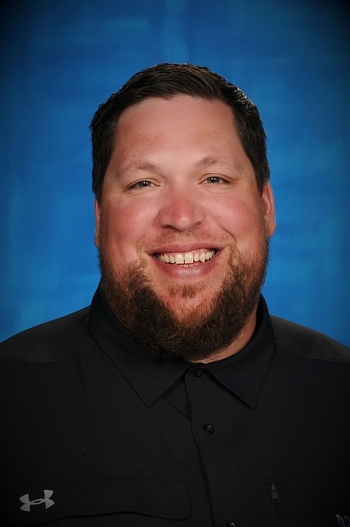 Donovan was nominated by a colleague at the school where he works, Coeur d’Alene High School, and was selected by a committee of educators and education professionals in Idaho to receive the award.

“I was surprised to win,” said Donovan. “They provide a ton of resources that I’ve been a fan of for a long time. This is just the cherry on top.”

Donovan will receive an honorarium as well as access to resources and courses from the institute.

“Hopefully it’ll give me things I can bring to the classroom and enrich my instructional practices and content knowledge,” said Donovan. “I’m a history nerd.”

Although Donovan has always been a self-proclaimed “history nerd,” he never thought he’d go into teaching. His father was a county attorney, and his mother was in the Navy and later became a teacher.

He attended Washington State University on a football scholarship and enrolled as a communications student.

“Actually, I wanted to get into advertising, and I got three years into that program and decided I wasn’t sure about that, so I went the history route,” said Donovan.

He thought the history degree would be a good prerequisite to law school, and in addition, he earned a teaching certificate.

“I did my student teaching in England on an Air Force base and then traveled around Europe for a year after that. I came back and got my first teaching job and fell in love with it,” said Donovan.

This fall marks the start of Donovan’s 13th year of teaching history at Coeur d’Alene High School. He primarily teaches Advanced Placement courses and dual-enrollment classes for students to earn credits at the local community college.

“I start every year and I say I never had any business being in those classes when I was a student, and I feel the same way with these awards,” said Donovan.

The Gilder Lehrman award is not the first teaching award Donovan has won, though. In 2019, he won a James Madison Graduate Fellowship, one of the most prestigious awards in constitutional history for secondary educators.

The fellowship picks one teacher from every state and pays for that teacher’s master’s degree to help create a well-versed group of educators who teach constitutional history.

“Those connections, with any of these nationally recognized awards, it always feels like imposter syndrome for me because it’s great, but seeing the quality of the other educators in there is just amazing,'' said Donovan. “It’s humbling to be counted in that group.”

He chose to attend Arizona State University’s online history master’s program and found it especially helpful when the pandemic forced K–12 schools to move online. His own experience as an online student guided him to adapt his classroom during the difficult transition.

“There’s great educators (at ASU) that really pushed me in a lot of ways and made me a better teacher,” said Donovan.

One of his mentors during the program was Clinical Assistant Professor of North American history James Dupey. As one of Donovan’s instructors, Dupey was excited to hear about him winning the award.

“He was a fantastic student, and I'm not surprised that his passion comes through in the classroom,” said Dupey.

Donovan feels like he has found what he loves to do and doesn’t see himself doing anything else in the near future.

“There’s no better way to make an impact than being a teacher,” said Donovan. “In the over 12 years I’ve been doing this, that’s thousands of students that I’ve been able to connect with. There’s nothing better.”