This fall, The College of Liberal Arts and Sciences at Arizona State University will host a collection of inspiring and high-impact events to highlight the breadth of offerings in the humanities division.

Running Oct. 17–21, Humanities Week events will be both virtual and in person and will cover a wide range of subjects and interests. Students, staff, faculty and community members are invited to explore the offerings in subjects as diverse as history, culture, literature, social justice, climate change and much more. Every day during the week there will be department open houses, classes, hands-on activities and public lectures.

“We’re excited to host the second annual Humanities Week and look forward to sharing with students a taste of what the humanities division has to offer,” said Jeffrey Cohen, dean of humanities in The College. “We have even more compelling, inclusive and creative events and activities this year and hope that students will become curious about our division and compelled to become involved, whether by taking a class or becoming more aware of the world around us.”

The College's Marshall Distinguished Lecture will be a signature event of the week, featuring Rita Dove, Pulitzer Prize winning American poet and essayist.

• An open house: The open house will feature tables from The College's three humanities academic units: the Department of English; the School of Historical, Philosophical and Religious Studies; and the School of International Letters and Cultures. Several humanities research centers will also be in attendance.

• 21st Century Voices: Graduate Student Creative Writers: Join the ASU Creative Writing program for a live reading of fiction and poetry that engages the issues of our time.

• Anime, Manga and Japanese Popular Culture: This panel is an interactive discussion of the global reception and history of two of Japan's most famous cultural exports: manga and anime.

• Vital Voices: Beyond Books: In this interactive outdoor exhibition, Project Humanities Founding Director Neal Lester explains how and why artifacts are important tools of social justice.

• The Dope: The Real History of the Mexican Drug Trade: Benjamin T. Smith, professor of Latin American history at the University of Warwick, will be speaking about his book and examining the importance of studying the drug trade and what it can tell us about society, politics and the future of Latin America.

• Why and How Religion Matters in the fight for Environmental Justice: At this virtual lecture, Hava Tirosh-Samuelson, director of Jewish studies, will show how the Bible harbors deep ecological wisdom that teaches ethics of care and responsibility for the well-being of the Earth and future generations.

• Humanities Hacks: Get advice on surviving the first semester at ASU and living The College lifestyle.

• Social Cohesion Dialogue with Anna Qu and Alaina Roberts: Join the Center for the Study of Race and Democracy as they put acclaimed authors and their inspiring books in conversation with ASU and audiences across and beyond Arizona.

• Humanities alumni panel: Join a panel of alumni from the humanities division at The College to hear stories of where their humanities degrees took them and how their studies have positively influenced their careers. Boxed lunch included for in-person attendees.

• "Chasing Coral" — Ecomedia Screening and Discussion: Film and media studies in the Department of English at ASU presents a screening of the hit Netflix documentary “Chasing Coral” (2017). In the wake of our current climate crisis, ecological filmmaking and mediamaking is a growing space for transformative storytelling and critical inquiry.

More events will be added soon. To stay up to date, visit the Humanities Week website.

Over the summer, the School of Historical, Philosophical and Religious Studies at Arizona State University hosted its inaugural philosophy summer camp for high school students.The camp came together as a combined effort between philosophy graduate students and philosophy faculty to get young students interested in philosophy and to understand what it entails. Philosophy Professor Joan McGregor wa...

Over the summer, the School of Historical, Philosophical and Religious Studies at Arizona State University hosted its inaugural philosophy summer camp for high school students.

The camp came together as a combined effort between philosophy graduate students and philosophy faculty to get young students interested in philosophy and to understand what it entails. 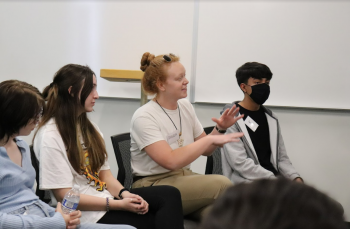 Philosophy Professor Joan McGregor was happy to bring the students onto campus to give them the opportunity to not only learn about philosophy, but to see themselves as university students as well.

“The experience for them can be transformative,” McGregor said. “High school students are natural philosophers, asking the big questions.”

PhD candidate in philosophy Angela Barnes initiated the idea based off of a similar project she was involved with when she was a student at Ohio State University.

“In high school especially, we are starting to really wrestle with philosophical questions, about ourselves and our identities, our systems of beliefs and morals, and the value and purpose of living well,” Barnes said. “I am interested in building homes for curious minds, and this summer camp was one way that I could share that vision with our community here in the Valley.”

Barnes worked with fellow graduate students Aubrial Harrington and Triston Hanna to create a schedule and agenda for the camp. They settled on the topic of "disagreement" as the theme for the camp.

“We are constantly bombarded with the idea that we should hate people that have different beliefs than us, particularly different political beliefs,” Barnes said. “The polarization of ideas and the news outlets covering them make it seem as though you just have to pick a side — that critically engaging with the other side is a waste of time. My other instructors and I disagree.”

In helping students engage in disagreement, Barnes says students can examine and learn from people who think differently than them. The benefits of doing so are that students can come closer to knowing the truth by knowing all sides of an argument, and they don’t have to engage with the world as if half the population is their enemy.

The high school students showed up to the camp with many questions and a curiosity to learn. Over the week, they learned how to listen carefully, break down arguments and be charitable.

“The opportunity to teach these young people how we can have actual influence on our day-to-day lives using philosophy has multiple good effects,” Barnes said. “Watching philosophy at work in young minds, opening them up to new possibilities, gave me so much satisfaction. That is the very thing that drove me to pursue a PhD in philosophy.” 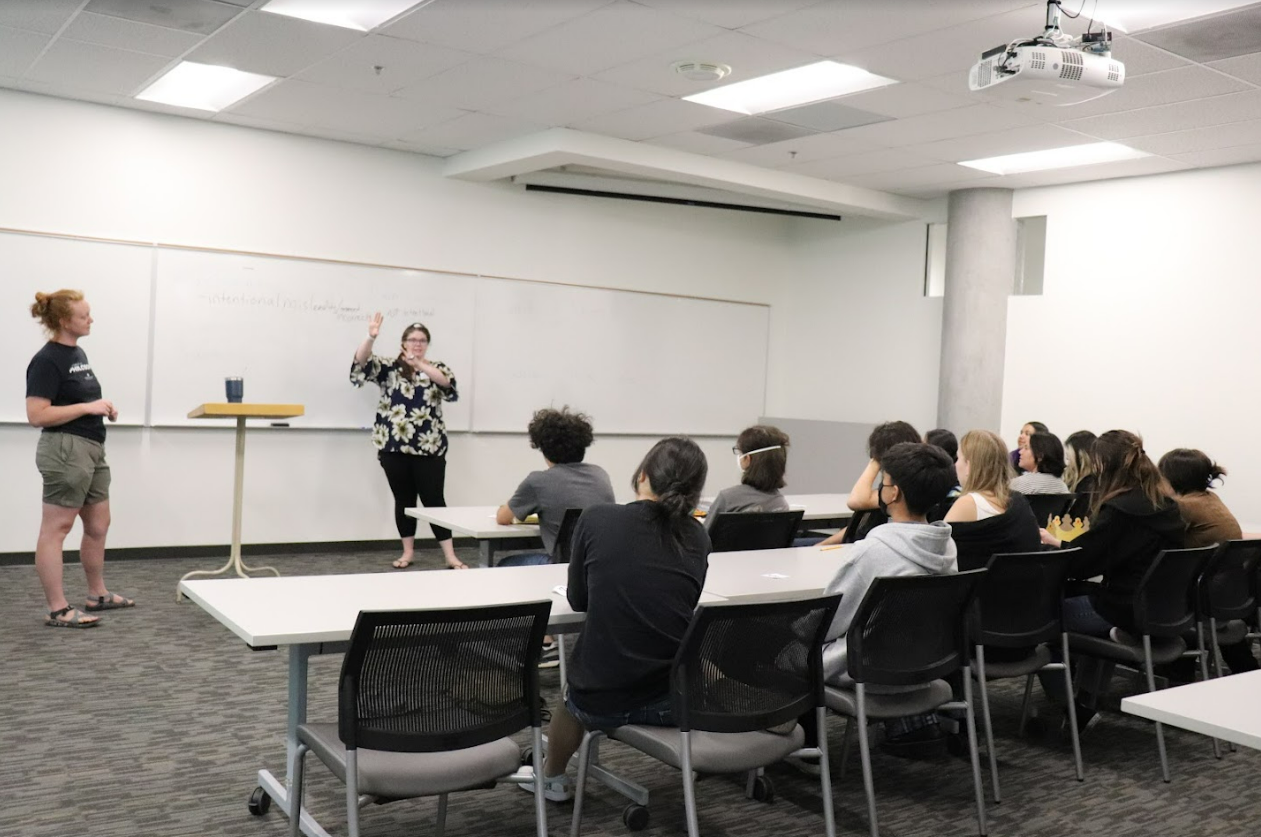 Owen Fisk, a high school sophomore student who participated in the camp, said he felt he was able to use what he learned over the summer in a class that did a Socratic seminar this fall.

“One thing that impacted me the most was definitely the argument structures, specifically how to not include logical fallacies in my arguments and how to listen to other arguments,” he said.

Another high school student, a junior named Adelina Grotenhuis, said she enjoyed learning the principles of philosophy and getting to meet other kids her age who shared her interest in philosophy.

“I love the sense of community,” she said. “I just wish more people knew about this.”

Next year’s camp is already in discussion. The focus of the camp is still an ongoing topic and the students and faculty are working on securing more funding to increase access to the program.

“We hope to be able to provide more scholarships this year so that there are no barriers to curious minds that would want to come participate in this program, see ASU's campus and start to get a feel for what it might be like to come study at a university,” Barnes said.