The U.S. National Science Foundation has announced the addition of five new NSF Innovation Corps (I-Corps) Hubs to its National Innovation Network. Arizona State University is the lead institution for one of the new hubs: the Desert and Pacific region.

“We are honored to take a leadership role to convene and collaborate with the outstanding universities in the Desert and Pacific of the NSF National Innovation Network,” said Executive Vice President and University Provost Nancy Gonzales, who serves as principal investigator on the I-Corps Hub grant.

“One of the ASU Charter principles is to advance research and discovery of public value. Our work in this I-Corps Hub will help us accelerate this mission by taking the incredible innovations and solutions that our faculty members produce and translating them into entrepreneurial ventures that will create jobs and deliver solutions that benefit the state, our nation and our globe.”

Established in 2011, the I-Corps program is designed to support the commercialization of deep technologies. Approximately 2,800 NSF I-Corps teams have participated in the program, including ASU, which was previously named an I-Corps Site.

Examples of ASU technologies that have advanced through the I-Corps program include AI-powered traffic cameras and a virtual lab platform for computing research and education.

“Through the ASU I-Corps Site, we have been able to support the participation of nearly 200 I-Corps teams, and we are looking forward to supporting even more teams across our institutions and regions to exponentially grow the impact of use-inspired research,” said Choi, who served as a principal investigator of ASU’s I-Corps Site.

“This is a significant complement to the suite of resources, service and support we have to support university-driven innovation and entrepreneurship for societal benefit.”

This new designation will expand the scope and scale of economic and entrepreneurial output. Each I-Corps Hub comprises a regional alliance of at least eight universities and is funded up to $3 million per year for five years.

The first five I-Corps Hubs were awarded in 2021, and each is expanding its reach this year by adding a new partner institution.

The four other new hubs and participating institutions are as follows:

The institutions joining the original five hubs are:

ASU-supported project presents blueprints for changes to US foreign service

It has been nearly 100 years since the U.S. foreign service was created through the Rogers Act, which fundamentally reformed America's foreign services in the years following World War I. Since the formation of the U.S. foreign service, America has had 17 presidential administrations, experienced a population swell of nearly 300% and watched the world’s political geography radically change.Ove... 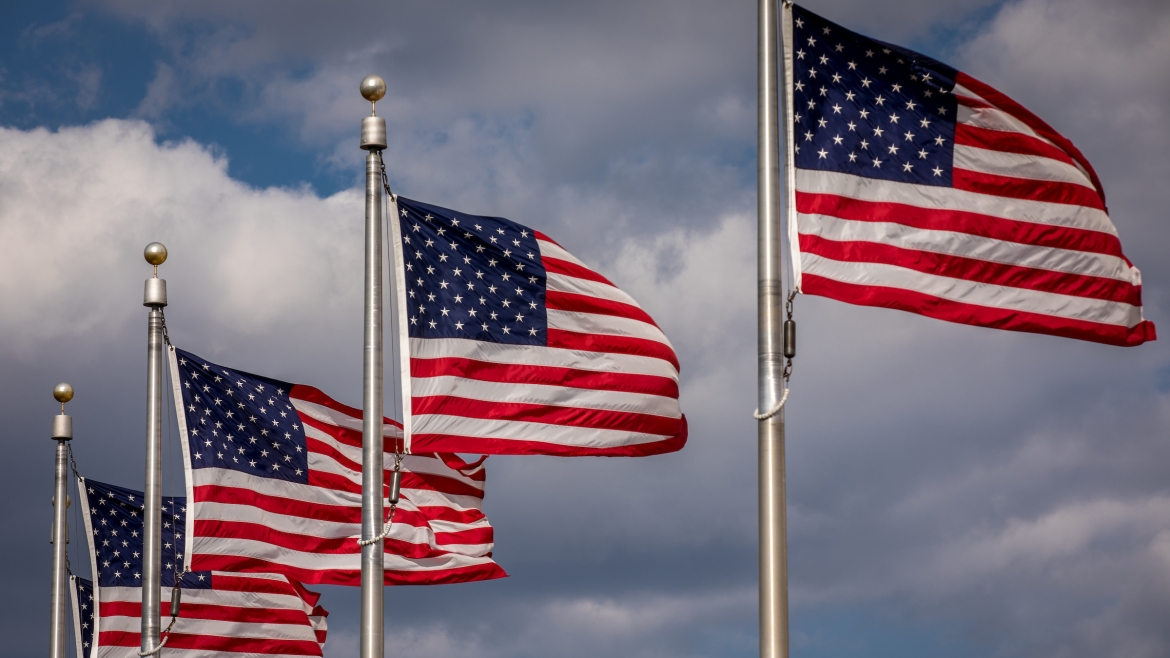 ASU-supported project presents blueprints for changes to US foreign service

It has been nearly 100 years since the U.S. foreign service was created through the Rogers Act, which fundamentally reformed America's foreign services in the years following World War I.

Since the formation of the U.S. foreign service, America has had 17 presidential administrations, experienced a population swell of nearly 300% and watched the world’s political geography radically change.

Over the years, numerous studies and reports about modernizing the U.S. foreign service have been produced and then quickly shelved at the Department of State and in libraries around the country.

A new set of blueprints for change, fueled by engagement with Arizona State University, was announced Thursday at an event at ASU’s Barrett and O’Connor Center in Washington, D.C.

The American Diplomacy Project–Phase II proposes concrete change, offering a plan of action for a new generation of American diplomats to meet the demands of American foreign policy today.

Beginning this past January, a group of dedicated former U.S. ambassadors and other foreign-policy experts, led by co-chairs Marc Grossman and Marcie Ries and coordinated by ASU's Leadership, Diplomacy and National Security Lab, have convened to create actionable steps to revive, reform and reimagine the U.S. foreign service for the 21st century.

“Twenty-first century challenges are different from those the country faced in the past. Our diplomacy must be flexible, strategic, able to manage risk and have a plan to surge in a crisis,” said Grossman, the former U.S. ambassador to Turkey and a career foreign service officer.

"Our diplomats are being asked to advance American interests in ever more complex international environments posing new and unique challenges,” Ries said. “This project aims to provide them with the edge they need to succeed, including more in-depth professional education, clearer authorities, management flexibility and the ability to surge when necessary.

“We have been very intentional that our work must not only define what needs to be done, it needs to say how we can do it. We have developed a set of blueprints that include detailed descriptions of how to implement the proposals, including specific legislative and regulatory language. What we aimed to do is connect new ideas to new law and regulations.

“Most critically, to give the State Department the capacity to move quickly in the event of natural disasters and political turmoil, ADP II provides a blueprint for creating a national Diplomatic Reserve Corps that mirrors, on a smaller scale, the military reserves.”

The four blueprints for a more modern U.S. diplomatic service are:

“It is fitting that the blueprint for a new American foreign service should come to fruition on the grounds of America’s most innovative university,” said Michael Polt, ASU’s ambassador-in-residence and co-founder of the Leadership, Diplomacy and National Security Lab. “Our vision for a revived foreign service dovetails closely with the mission of ASU itself. We want an organization that is representative of the diversity of our nation; that is nimble and does not see creativity encumbered by perfunctory tradition; and that is deeply connected to the needs of the people it serves.”

The next step for these blueprints is to gain champions on Capitol Hill, in the administration and among the American people to enact the necessary legislative, regulatory and cultural changes needed to provide for a more modern U.S. diplomatic service. That effort is underway, driven by the need to modernize and also by the needs of those on the front line.

“While we live in an increasingly complex and dangerous world, successfully navigating it comes down to the individual diplomat on the ground developing and nurturing the necessary relationships to achieve it,” said Ambassador Charles Ray, executive director of Phase II of the American Diplomacy Project. “Even in our technological age, diplomacy remains essentially a contact sport.”

Grossman said although the American public may not frequently focus on foreign diplomacy, they have a vested interest in its success.

“American citizens expect and deserve to be represented by the world’s most modern and able diplomatic service. We took on this project in gratitude to the U.S. diplomats who today so honorably and courageously serve our country at home and abroad, and to those who will serve our great nation in the future. We want U.S. diplomats to succeed in their vital mission of promoting and protecting America’s global interests,” he said.

To learn more about the work of the American Diplomacy Project and read the blueprints, visit ldns.asu.edu/american-diplomacy-project-phase-ii .