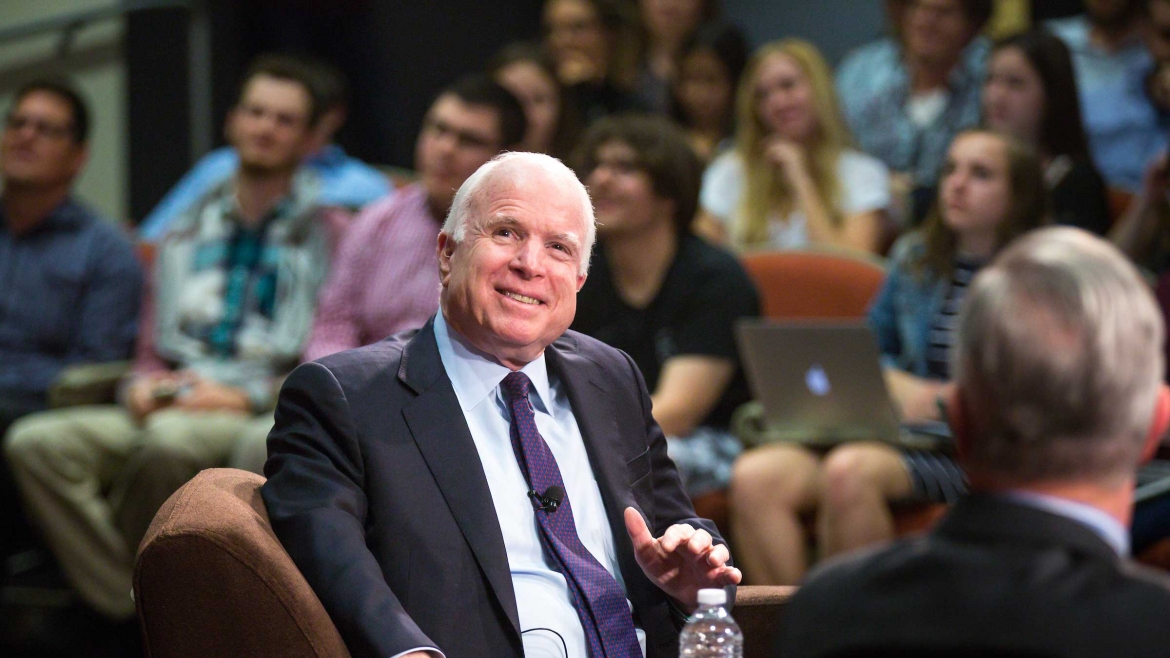 When Barry Goldwater passed away in 1998, the five-term U.S. senator from Arizona and former presidential candidate left some mighty big shoes to fill. But John McCain stepped into them almost effortlessly, becoming a presidential contender and leader who was known throughout the world as a war hero and a tireless diplomat who  fought for his country in and out of uniform.

The McCain Institute for International Leadership at Arizona State University recently launched a social media campaign celebrating his life of leadership and public service. This comes on the heels of President Joe Biden posthumously awarding McCain the Presidential Medal of Freedom at a White House ceremony earlier this summer.

The institute is sharing stories from those who knew McCain best and highlighting some of his most memorable speeches from his long career. The campaign aims to start a conversation about what his voice would have meant during today's current affairs — last week marked six months since the war in Ukraine started — and to keep his legacy alive with the next generation.

ASU News spoke to McCain Institute Director Evelyn Farkas about Sen. John McCain’s life, work and how she plans to keep his legacy alive for several generations to come. 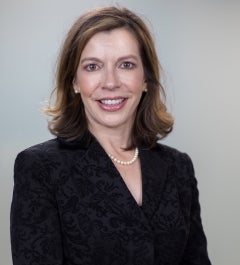 Question: John McCain’s reputation in Arizona is well established. I’m curious as to what his reputation and legacy is in the nation’s capital, where you are headquartered?

Answer: John McCain’s legacy in Washington, D.C., is one of selfless service and fearless bipartisanship. During his long Senate career, Sen. McCain was known for working with any of his colleagues, no matter their partisan affiliation, to support measures that advanced America’s security and the interests of the men and women who serve our country in uniform.

While he was known for working well with his fellow senators, Sen. McCain was also known as a fierce inquisitor on many of the committees that he sat on and chaired. He routinely pushed America’s generals, political appointees and civil servants on what they were doing with taxpayer dollars and what support the men and women they oversaw needed.

Q: When it came to military matters, John McCain’s opinion was given great weight by leaders. What would he have thought of the Russia-Ukraine conflict and the rise of authoritarianism around the world?

A: John McCain was often outraged at Vladimir Putin’s attempts to subvert Ukraine’s nascent democracy, and his reaction to the 2022 invasion of Ukraine would be no different. Sen. McCain’s love for the Ukrainian people ran very deep; one of the highlights of his career being his 2013 speech to a packed Maidan Square in Kyiv, Ukraine, to tens of thousands of pro-European Union protestors where he said famously that America stands with Ukraine. After Putin’s army took over Crimea in 2014, where they have been waging war ever since, John McCain declared that “we are all Ukrainians” and was the loudest voice in all of Congress for supporting the Ukrainian army. After his passing in 2018, a street in Kyiv was named in his honor.

Q: What was the McCain Institute’s reaction to President Joe Biden posthumously awarding Sen. McCain the Presidential Medal of Freedom at a White House ceremony this past summer?

A: We were thrilled to see President Biden honor Sen. McCain’s life and legacy with the posthumous awarding of the Presidential Medal of Freedom. Sen. McCain’s achievements and service to his country as a naval aviator, lawmaker, statesman and civilian are unparalleled and worthy of recognition. The award was also an opportune time to refocus on his legacy and impact, especially as it related to the McCain Institute’s work promoting human rights, combatting human trafficking and preventing targeted violence.

Q: The fact that Joe Biden — a democrat — recognized Sen. McCain speaks to the bipartisan respect he held while in office and his reputation for working on the other side of the aisle. What does the McCain Institute do to promote bipartisanship?

A: Any discussion of bipartisanship in Congress starts and ends with John McCain. To carry that legacy forward, we convene thought leaders from both sides of the aisle and we foster productive conversations around several important issues relating to America’s interests and values. We have initiated a new program on democracy in America, which involves townhalls, roundtables and other meetings with media, private sector, youth and policymakers from all political backgrounds focused on taking action to defend our democracy from misinformation, apathy and internal and external autocratic forces.

Q: This week the McCain Institute is celebrating the fourth anniversary of his passing. What are some of the things you’ll be doing to commemorate his life and legacy?

A: To recognize Sen. McCain’s life and legacy, we have shared videos from former staffers, friends and colleagues on social media about their favorite Sen. McCain stories. Some will make you laugh, some might cause you to tear up, but we are hopeful that through these memories, the next generation can get a sense of what Sen. McCain was like off camera and be inspired to learn more about his legacy. Sen. McCain’s son, Jack, also published an op-ed in USA Today this week that reflected on why his father’s legacy is especially important today as threats to democracy mount and political divisiveness is at a breaking point.

Top photo: Sen. John McCain attends an Iconic Voices series event at ASU's Walter Cronkite School of Journalism and Mass Communication in downtown Phoenix in 2016, where he touched on a variety of topics ranging from the presidential candidates to the Supreme Court to North Korea. Photo by Charlie Leight/ASU News

The Sun Devils are headed to Colorado and Missouri to compete in triathlon races before Nov. 12 DI National Championships in Tempe. ... The Sun Devils are headed to Colorado and Missouri to compete in triathlon races before Nov. 12 DI National Championships in Tempe.