Researchers look at whether certain benefits of religion are unique

Nearly 75% of Americans are religious, but this number has been steadily decreasing.

Psychologists who study religion have focused on how being religious can positively impact qualities like morality and self-control in addition to health and well-being. 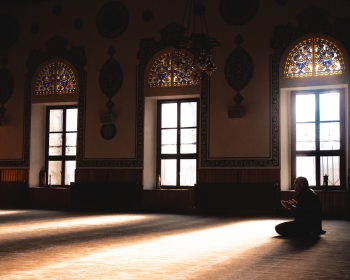 A new study from ASU researchers published in Perspectives in Psychological Science has shown that while religion is important, the psychological benefits are not necessarily unique. Photo by Ali Arapoğlu/Pexels Download Full Image

A new analysis from the Arizona State University Department of Psychology, published in Perspectives in Psychological Science, has examined whether these benefits of religion are unique to practicing religion or to being religious. The study shows that while religion is important, there is not strong evidence supporting that certain effects of religion are special.

“A lot of the world is becoming less religious, and it is important to know whether there are things religions can do that cannot be replaced or if we can replace them with secular counterparts,” said Jordan Moon, first author on the paper and a recent graduate of the psychology doctoral program at ASU.

To assess whether some of the effects of religion are special, the research team examined how religion affected morality, self-control, anxiety about dying, and health and well-being. They then asked whether those benefits could happen in another way.

“Asking whether religion is special does not mean religion is good or bad – it just means religion might be doing something unique. Understanding how religion achieves outcomes is important,” said Adam Cohen, professor of psychology at ASU. “If God is blessing you, that is something that cannot be replicated through secular means. But if what is important about some of the effects of religion is that it embeds you in a community of people who care about you, that is useful to know.”

For example, people who believe in divine punishment exhibit more prosocial behavior, or act in ways that benefit other people beyond themselves. However, the researchers found evidence that reminding people of the police has similar effects.

“Studies on religion that find effects based on reminding people of religious concepts have not ruled out that religion is unique in that ability; most lack appropriate controls or comparisons,” Moon said. “There are situations where there seem to be parallel mechanisms, such as punishment from God or the government both keeping people in line.”

The researchers found it could be possible that religion creates unique health benefits. Moon and Cohen said some studies report that religious people live longer. Others studies have calculated that the effect of regular attendance at religious services on health is similar in magnitude to statins, a class of drugs used to control cholesterol.

Dave MacKinnon, professor of psychology at ASU, and Kristin Laurin of the University of British Columbia also contributed to the study. This work was funded by the Department of Defense and the National Institutes on Drug Abuse.

Popular ASU lecturer is the king of second chances

On the surface, Matt McCarthy might be dismissed as merely an “oddball professor.”He’s got tats and ’tude. He failed college twice. In his official university profile, he’s sporting shades and a straight face. When he’s not teaching, he’s kite surfing, using a surfboard he makes for his own surfboard company. And he takes his sabbaticals at his forest home in Oregon.But upon closer i... Popular ASU lecturer is the king of second chances

On the surface, Matt McCarthy might be dismissed as merely an “oddball professor.”

He’s got tats and ’tude. He failed college twice. In his official university profile, he’s sporting shades and a straight face. When he’s not teaching, he’s kite surfing, using a surfboard he makes for his own surfboard company. And he takes his sabbaticals at his forest home in Oregon.

But upon closer inspection, he’s actually an iconoclast.

“Iconoclast, rebel, whatever label someone wants to put on me, it’s important to remember that what I do at ASU is never about me; it’s about the students I serve,” McCarthy says.

Despite his youthful misadventures, he eventually went back to college and earned a master’s degree, joining Arizona State University’s W. P. Carey School of Business in 2003. There, he’s known for teaching one of the largest classes on campus, Computer Information Systems 105.

And lately, he has been promoting his first book, “How to Avoid F---ing Up at College,” which he wrote this spring. From his perspective of failing college twice, guiding his kids through school and teaching at ASU for more than 20 years, he offers solid advice for college success.

He said his first go-round at college, in 1977, got derailed by a hodge-podge education (he was an Air Force brat and attended 17 different schools), cheap beer and a lack of direction.

McCarthy also says that at the time, guidance counselors were hard to find, answers were vague and registration was a free-for-all.

“I found out that you had to learn everything on your own, and nobody guided you to do anything,” McCarthy says. “Maybe your parents could help, or you might have had an older brother or sister to tell you what class to take, or even someone to warn you not to take a super early class because you might oversleep. There was also no way to check your prerequisites or even a map to help you find your major, so I was undeclared. Academically speaking, it was the wild West, at least to me.”

McCarthy's first semester at ASU ended with a 1.2 GPA, and his parents, who were footing the bill for their son’s education, told him to take a breather from college and — now that he was of legal age — perhaps he should live on his own. To add insult to injury, his older brother, Terry, whom he looks up to, was an engineering major, commander of ASU’s ROTC detachment and an honor student. He set an example for his younger brother, which McCarthy ignored.

“I’ve always said, if I were my dad, I would have kicked my butt out of the house, too,” McCarthy says. “It was the first time in my life I had to take some personal responsibility.”

McCarthy took a job at a family-owned gas station in Scottsdale, hitchhiked if he wanted to get around and lived in a cramped studio apartment. Admittedly, he was “scraping by.” It was a nowhere job, but he worked hard, and the owner took notice.

“The owner, who only employed college students, encouraged me,” McCarthy says. “He told me, ‘Hey man, you’re not a complete idiot. Go back to college.’”

He didn’t take the advice immediately. McCarthy worked in a bank, which was taken over by the Resolution Trust Corporation, and then went into business as an enterprise database consultant. He worked from home, traveled and played lots of golf. As enjoyable as it sounds, McCarthy said, he needed more human interaction and quickly grew bored of his life.

McCarthy’s second attempt at college was in the late 1990s, but he got a mule kick to the gut from a counselor who told him he was 18 lower-division credits short of graduation. That led to another few years in the wilderness.

In 2001, McCarthy finally received his bachelor’s degree in business administration. Feeling empowered, he immediately signed on for a master’s degree in business administration. He received his MBA 354 days after his bachelor’s degree and graduated at the top of his class. A year later, he was teaching one of the largest face-to-face classes at the largest public university in the country. 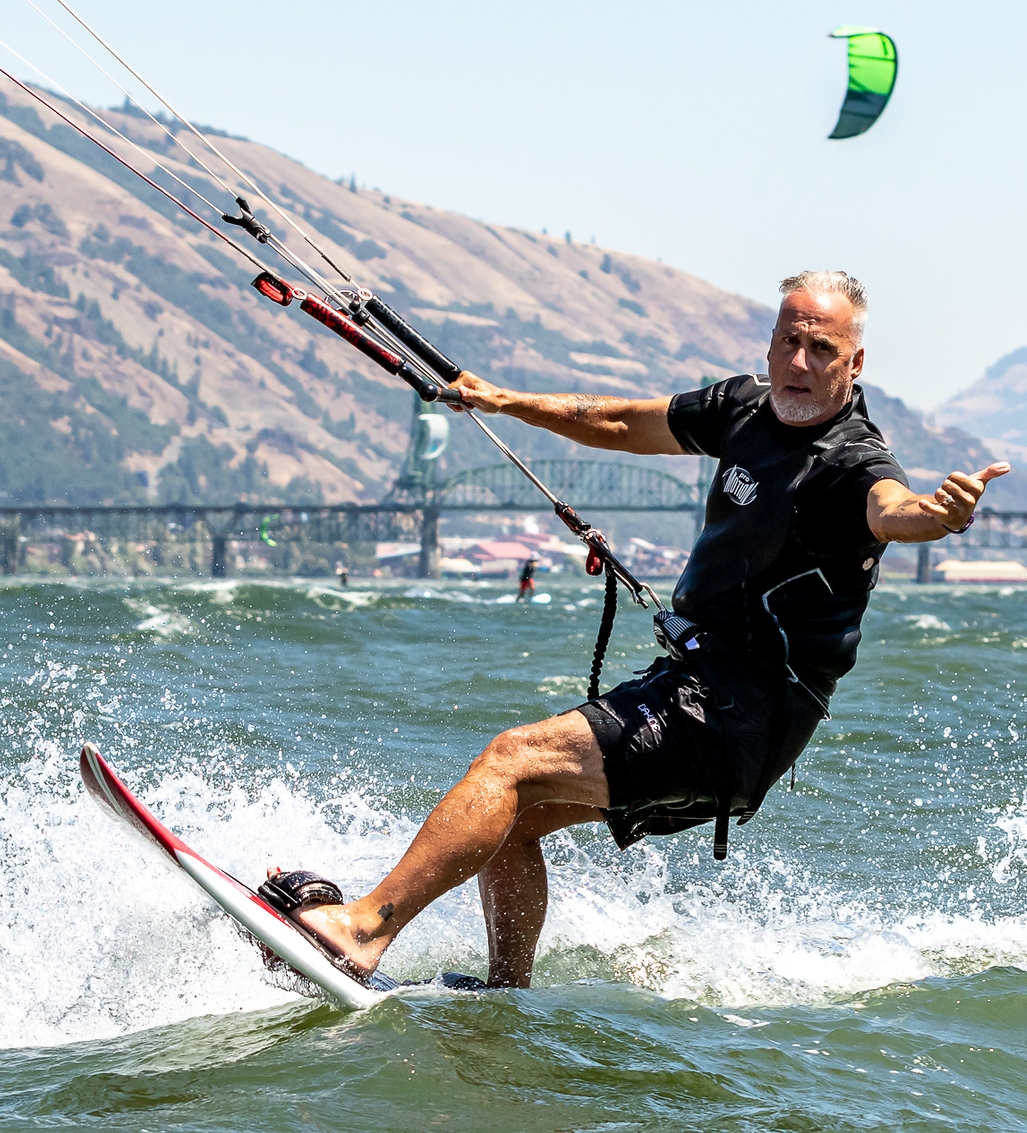 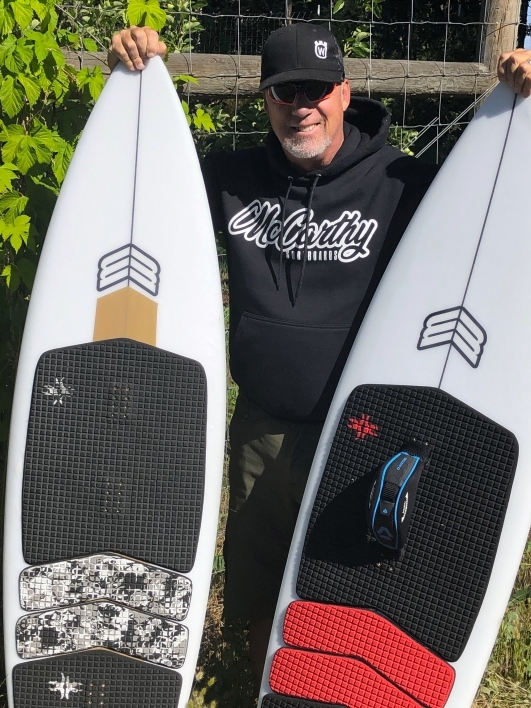 McCarthy makes his own surfboards for his surfboard company. 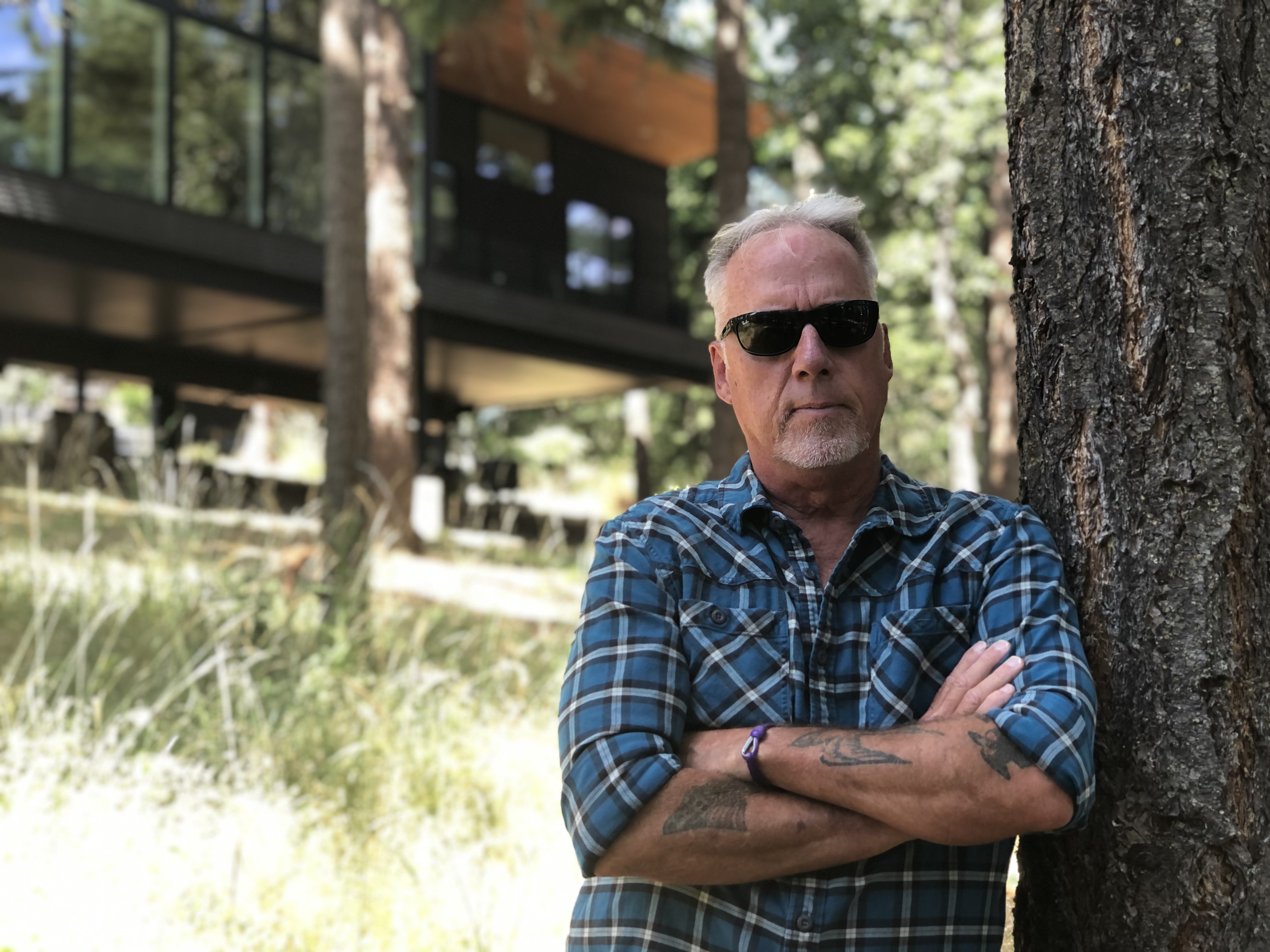 McCarthy is pictured at his forest home in Oregon, where he takes sabbaticals.

All those hard knocks, life’s speed bumps and his experiences teaching approximately 72,000 students in two decades form the arc of McCarthy’s new book.

“Any hardship I endured was of my own doing,” McCarthy says. “I don’t look at myself as a victim. Eventually, what I learned to do well was how to communicate with others.”

His academic peers will second that notion.

“Matt understands content and curriculum are important. But he’s also attentive about how to deliver content engagingly, especially to 400 first-semester, first-year students,” says Jason Nichols, a clinical associate professor, assistant chair and teaching liaison for the W. P. Carey Department of Information Systems. “He looks at a classroom from an engagement perspective and is not afraid to experiment so he can keep improving. He also has a style where students feel supported, so he’s checking many boxes.”

That support comes in and outside of the classroom, according to Angelina Saric.

“Matt’s a caring person and wants everyone to do well,” says Saric, associate director of the W. P. Carey Department of Information Systems. “He’s the type of person who will call or text to check in, see how things are going or if you need anything from him.”

For example, Saric cited a recollection from about 15 years ago when she and McCarthy were student club faculty advisors and helped club officers engage with business and industry leaders.

“One of our club events ended up being a night of karaoke where Matt motivated lots of students, industry partners, faculty and staff to sing together,” Saric says. “I know because of this fun yet hilarious event, many students landed some great jobs with our industry partners. Ultimately, he helped our industry partners and students see a different side of each other that you don’t often get in a sit-down interview. We still laugh about this event.”

But when it comes to keeping students in college, McCarthy is all business. He wants students to learn from his life and apply it to theirs.

“My thing is that students today are spectacular — truly extraordinary. They blew through high school because they are so smart, but they’re not usually portrayed that way in the media,” McCarthy says. “I’ve learned so much from my students in my 20 years here at ASU. This book is my way of saying, ‘Thanks for everything you have taught me. Maybe you can learn a little something from me, too.’” 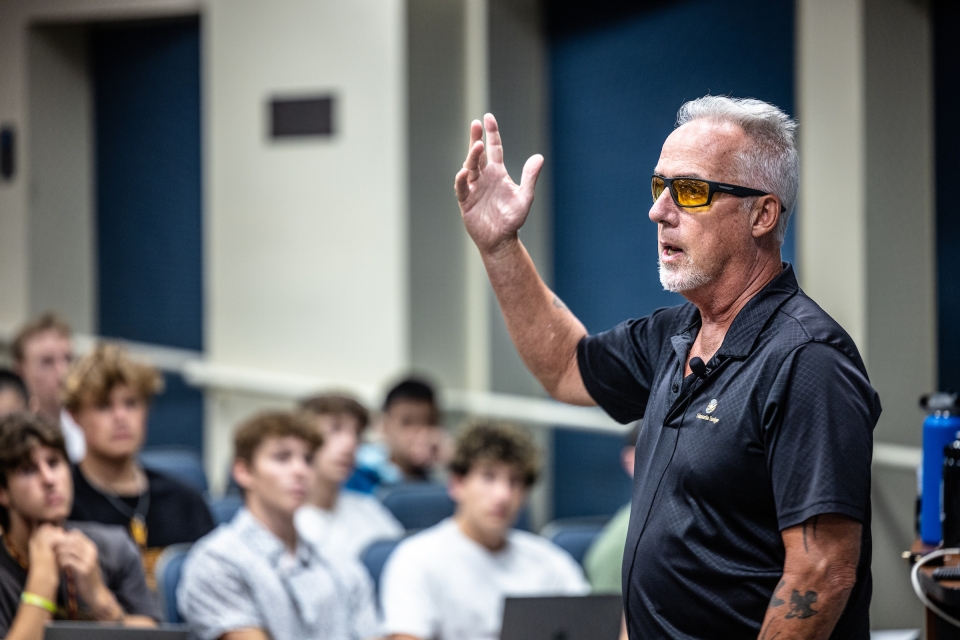 McCarthy’s 5 tips to succeed in college

1. Please be mature: “This isn’t high school. College is serious. You can be mature and make friends. Just don’t be a YouTube prankster.”

3. Go to class: “Not everything in the world is interesting, but it doesn’t assuage your responsibility from learning. Just go to class!”

4. Come and see me during my office hours: “I’m happy to help you with your homework.”

5. Embrace selfishness: “You need to be a selfish person when it comes to your education. Understand how valuable time is because it goes by lightning fast at a university. Be an advocate for your education.”

Top photo: Matt McCarthy, a principal lecturer of information systems at the W. P. Carey School of Business, meets with the first of his six Computer Applications and Information Technology (CIS 105) classes of the new semester on Aug. 22 in the Business Administration C building on the Tempe campus. He has been teaching the 400-student class for nearly 40 semesters. Photo by Charlie Leight/ASU News