Loretta LeMaster is dedicated to scholarship that pushes for social change and promotes justice and inclusion. 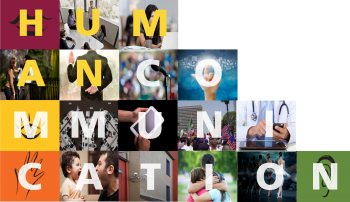 To that end, LeMaster — along with Hugh Downs School Associate Professor Alaina Zanin — has received a seed grant from the ASU Global Sport Institute to understand how transgender and gender-nonconforming athletes cultivate a sense of belonging in sport organizing, despite the racialized histories and binary structures that govern contemporary sport organizations.

“My work connects with a number of ongoing issues in the news,” said LeMaster, “including the abhorrent everyday violence organizing everyday lives of transgender people and transgender women, and femmes of color especially.”

Across the nation, transgender athletes have faced protests and legislation that bans trans women and girls from participating on teams that match their gender identity in middle and high school. According to a recent Washington Post-University of Maryland poll, many Americans oppose allowing transgender female athletes to compete against other women at the professional, college and high school level.

LeMaster and Zanin’s work, which is based on data from interviews with 20 transgender and gender-nonconforming athletes, describes the struggle these athletes experience between feeling included and excluded within sports contexts. They advocate for an end to exclusionary politics within and beyond the context of organized sports.

LeMaster is the recipient of an Early Career Award from the International Association of Autoethnography and Narrative Inquiry in 2021. She won the Best Book Award from the ethnography division of the National Communication Association in 2020 for a book she co-edited that questions what we think we know about gender and its intersections — via discourses, institutions and structures. This book has been touted as a “must-read” for anyone wanting to broaden their perspective on non-normative gender and identity issues.

LeMaster also promotes social change through her focus on critical pedagogies designed to enact principles of justice through teaching. She is recipient of the Outstanding Faculty Mentor Award from the ASU Faculty Women’s Association and the Exemplary Teaching Award from the communication and instruction interest group of the Western States Communication Association.

She is currently working on a new book titled "Pedagogies of the Enfleshed: Critical Communication Pedagogy Otherwise." The book will move beyond calls for educational reform and instead forge a path toward new and inclusive ways of thinking about and teaching communication.

In spring 2022, LeMaster taught a new course called Critical Conversations. This course was designed to help students learn how to better navigate conversations about difficult and sensitive topics such as gender identity and race.

“Questions of justice, equity, diversity and inclusion are the threads connecting my work,” she said.

She is also working to establish a transgender wellness center in the region to give transgender people a variety of resources, ranging from health care to legal advocacy, and food and shelter.

“I look forward to realizing this dream,” she said.

New research shows female Kinda baboons who have strong social connections with other female and male baboons, or are more dominant, have babies who become independent faster than others. They are the smallest of the baboon species, social and the least aggressive of other baboons. Hence the name Kinda (kihn-dah), or “the kindest,” said India Schneider-Crease, an evolutionary anthropologist ...

New research shows female Kinda baboons who have strong social connections with other female and male baboons, or are more dominant, have babies who become independent faster than others.

They are the smallest of the baboon species, social and the least aggressive of other baboons. Hence the name Kinda (kihn-dah), or “the kindest,” said India Schneider-Crease, an evolutionary anthropologist at Arizona State University.

Schneider-Crease is an assistant professor with the School of Human Evolution and Social Change and Center for Evolution and Medicine. She recently published eight years of statistical data showing Kinda baboons’ social bonds play an important role in the independence of their babies.

“The past decade or two has seen a real increase in interest in looking at how social relationships affect health in humans and in animals,” Schneider-Crease said.

She and fellow researchers examined infant survival, interbirth interval length (the length of time between births for a female) and infant behavioral maturation (independence from the mother baboon) in relation to social bonds.

The data collected for this project were collected from baboons living in the Kasanka Baboon Project in Kasanka National Park, Zambia. The project is the only long-term project dedicated to studying the Kinda baboons.

Schneider-Crease says the scientists were surprised that they did not find any impact of social bonds or dominance rank on infant mortality or interbirth interval.

“What we did see was an impact of social bonds on infant behavioral maturation,” Schneider-Crease said. “Females that had stronger social bonds with both other females and males had infants who were more likely to display more independent behaviors at earlier ages. This is relative to females with weaker social bonds or lower social integration with both males and females.”

Dominance rank is how scientists gauge aggressive social interactions, Schneider-Crease explained. The more wins you have, the higher rank you are. For baboons, “wins” can include physical displacements or fights.

Another surprising aspect of this study was the importance of social bonds with the male Kinda baboons, Schneider-Crease said.

“In many primate species, social bonds between females and males are short-lived and related to mating or protection from aggression,” she said. “In Kinda baboons, females maintain social bonds with males outside of these contexts, and this study showed that one of the benefits of these extended female-male bonds may lie in the progression of infants towards independence."

To document independence in the baby Kindas, scientists, Zambian employees and research assistants observed how close the baby Kinda baboons were to their mothers at different ages.

Schneider-Crease said that Kinda babies progress through multiple behavioral stages on their way to independence, ranging from “ventral riding,” where a baby is held on the mother’s chest right after birth, to gaining mobility but staying close to the mother, to full independence and spending long periods of time away from the mother.

She said that these types of insights are only possible with long-term data collection, during which researchers are able to look at broad patterns over many different Kinda mother-and-infant pairs.

“One possible benefit of this is that if the infant is able to mature faster, it can start feeding independently more quickly,” Schneider-Crease said. “The female can redirect her energy into maintaining her own condition and getting herself ready to get pregnant again and invest in another baby.”

Schneider-Crease’s research focuses on disease ecology and the evolution of infectious disease in non-human primates. She hopes to do more research and teach about the non-aggressive interactions in primates.

“One of the people who’s brought research on the benefits of social bonds to the forefront is ASU Regents Professor Joan Silk,” Schneider-Crease said. “Silk’s work was an inspiration for this study, as one of the first people to really investigate the importance of social bonds, not just social aggression, in the lives of primates.”

The paper, “Stronger maternal social bonds and higher rank are associated with accelerated infant maturation in Kinda baboons," is published in Animal Behaviour.