The academy is a state-funded program that provides instruction about STEM content and careers, helping migratory students develop leadership, confidence and critical thinking skills in a residential camp setting. 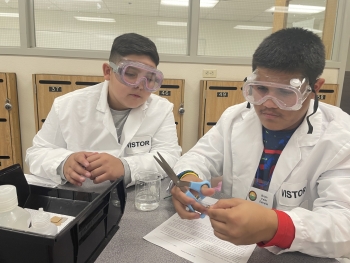 Each week for three weeks, a cohort of 20 to 25 students in the program increased their knowledge of STEM topics and areas of study through lab activities, such as forensics, determining the pH of household chemicals and building a battery using pennies. In addition to exploring chemistry, students in the program also learned about engineering, physics and biology.

“Working with these students gave us the chance to share our love of chemistry and biochemistry as well as the career opportunities available to those with degrees in these areas. We encouraged them to join us at Arizona State University to pursue their own dream careers,” said Barbara Munk, School of Molecular Sciences associate director of operations.

By the end of the academy, students were able to list three to four times as many STEM careers compared to the start of the program. The majority of students reported that the program’s content is relevant for their futures.

“It was a pleasure to introduce these eager young learners to new concepts and ideas and a joy to see them understand how fundamental STEM concepts permeate our everyday lives,” said Chad Borges, School of Molecular Sciences associate director of undergraduate programs. A student uses the airplane simulator in the ASU aviation engineering program at the Polytechnic campus. 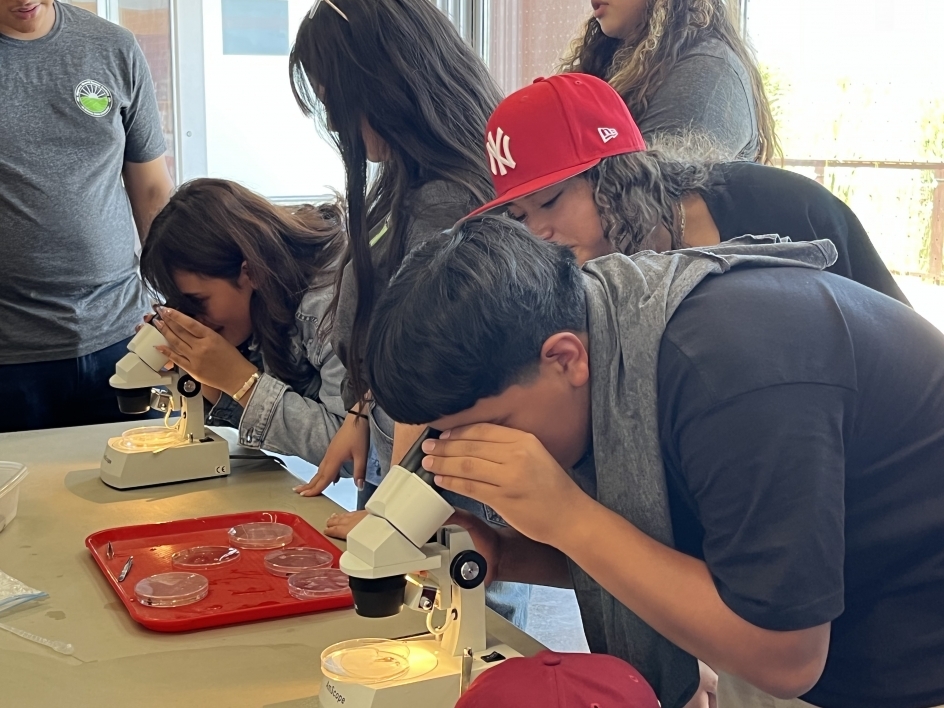 Students use microscopes at the Audubon Society to observe the organisms that live in the pond. 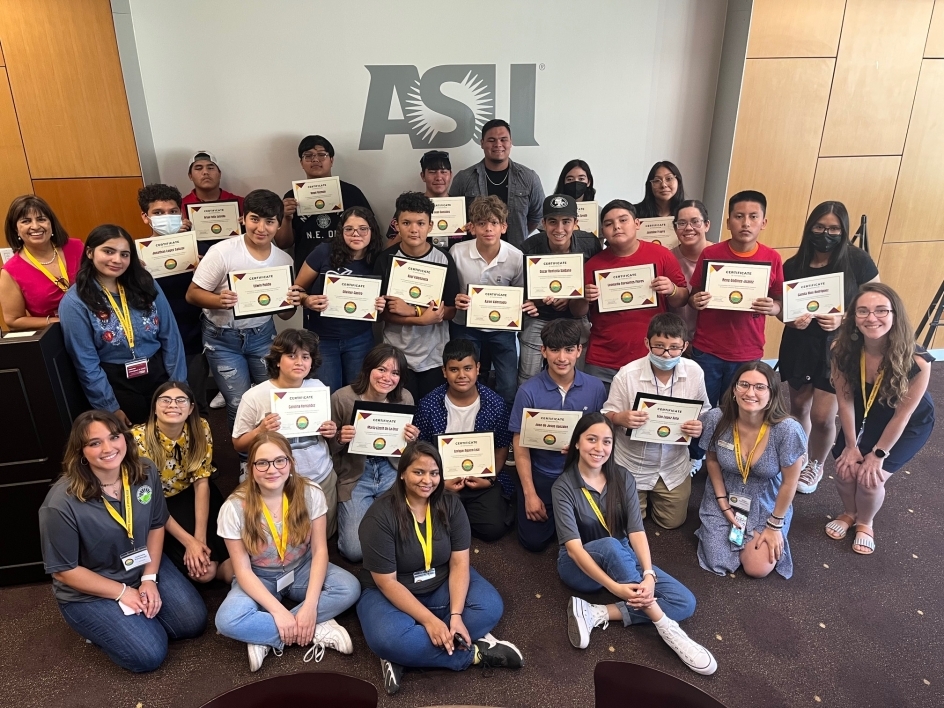 The program, often referred to as the Pulitzers of college journalism, holds monthly contests for writing, audio, television, photojournalism and multimedia reporting, culminating with a national championship competition in those categories in late spring. ASU also scored third place for photojournalism, fourth in the writing category, fourth for audio and television, and eighth for multimedia.

After the monthly contests, Cronkite School student Alberto Mariani and recent graduate Kiera Riley were selected to compete in the 2022 Hearst National Journalism Awards Championship, during which winners of the individual competitions faced off in a live competition that consisted of reporting, writing and photographing stories.

Mariani placed third in the Photojournalism championship and was awarded a $5,000 scholarship, as well as a Hearst Medallion. He also received an additional $1,000 scholarship after receiving Best Portfolio from the semifinals.

Mariani previously placed first in the Photojournalism I category for news and features in the monthly competition.

“Being able to participate in the Hearst Awards National Competition was an incredible experience, and to win something at the end of it made it even more special. However, the most enriching part of the championship was meeting and hanging out with five other extremely talented photographers, as well as the opportunity to talk to and share ideas with some of the most capable editors and professionals in the industry,” Mariani said.

Riley received a $1,500 scholarship after being named a finalist in the Writing category. She also received an additional $1,000 after her story was named Article of the Year. Riley placed second in the monthly competition for the Features category for her story “Dubbing ‘Star Wars: A New Hope’ into Navajo Language”  before being selected for the championship.

“Being a Hearst finalist was the highlight of my college career. I had the privilege of meeting and learning from some of the most talented journalists in the field. It was such an honor,” Riley said.

Students who placed in the monthly competitions are as follows:

Photojournalism I – News and Features