Jason Caslor, associate professor and director of bands in Arizona State University's School of Music, Dance and Theatre, has been awarded the 2022 International Band Award by the Canadian Band Association.

Caslor was presented with the award by Darrin Oehlerking, director of the University of Saskatchewan Wind Orchestra and associate dean of student affairs for the College of Arts and Science. Oehlerking is also a past president of the Canadian Band Association. 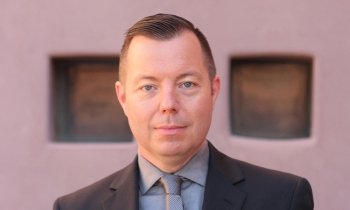 “I was completely surprised when they presented me with the award,” Caslor said. “I was guest conducting in Canada at the Halifax Community Band Festival when one of the other conductors, Dr. Darrin Oehlerking, stopped between pieces and began talking to the audience about the award and its criteria. It was extra special having Darrin present the award, as we have known each other for over 20 years, and he is one of my absolute closest friends.”

Caslor was nominated by the Saskatchewan Band Association and is only the sixth recipient of the award since 1991.

The award recognizes those individuals who have embraced the ideals of the Canadian Band Association (CBA) and have contributed to the promotion, growth and development of the musical, educational and cultural values of Canadian band outside of Canada.

A champion of Canadian band compositions and values, Caslor said he relishes every opportunity to introduce Canadian wind band music to new ensembles and audiences.

“Caslor was the visionary behind CBA’s Howard Cable Memorial Prize in Composition, which allows for development and recognition of the importance of music for developing wind bands,” Oehlerking said. “He is extremely supportive and active in commissioning new works for winds, and champions established and emerging composers’ efforts to push the envelope for winds as a serious art form.”

Caslor, a master teacher and educational clinician for Conn-Selmer, has taught at every level, from elementary music to graduate students. He is also committed to community-building and mentorship through his involvement with the United Sound project, which aims to remove barriers and foster social change through music.

Caslor holds degrees from ASU, the University of Saskatchewan and the University of Manitoba in Canada. He is in demand as a guest conductor and adjudicator across North America and has conducted honor bands across Canada and the United States. He has commissioned numerous new works for wind bands and has given presentations and master classes in the United States, Canada and Europe. In 2019, he was co-chair of the 2019 College Band Directors National Association National Convention, which was held at ASU.

“I consider myself very fortunate to both teach at ASU and still have numerous opportunities each year to return to Canada to collaborate with many of its amazing music educators and musicians,” Caslor said. “I truly love ASU and all the opportunities it has afforded me and my family. I am also a fiercely proud Canadian. Without a doubt, it was the guidance and mentorship that I received growing up in Canada that built the foundation for the successes I have had here at ASU.”

Two professors in Arizona State University's School of Mathematical and Statistical Sciences have earned competitive and prestigious Fulbright Scholar Awards to research and teach in 2022–23.Professor Erika Tatiana Camacho will study photoreceptor degeneration at one of the premier vision institutes in the world, the Vision Institute of Paris (Institut de la Vision), and Associate Professor Susa...

Two professors in Arizona State University's School of Mathematical and Statistical Sciences have earned competitive and prestigious Fulbright Scholar Awards to research and teach in 2022–23.

Professor Erika Tatiana Camacho will study photoreceptor degeneration at one of the premier vision institutes in the world, the Vision Institute of Paris (Institut de la Vision), and Associate Professor Susanna Fishel will bring her teaching expertise to Chile, teaching combinatorics using the flipped classroom materials she created during the pandemic, and will also conduct combinatorics research. 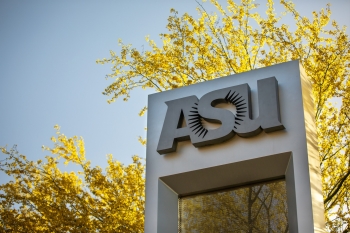 “Fulbright’s vision to build lasting connections between the people of the United States and the people of other countries — increasing mutual understanding between nations, advancing knowledge across communities, and improving lives around the world — aligns strategically with ASU’s mission,” said Kenro Kusumi, dean of natural sciences in The College of Liberal Arts and Sciences. “Our faculty are eager to connect with communities through mutually beneficial partnerships and conduct research that has real purpose and impact, not only locally, but also internationally.” 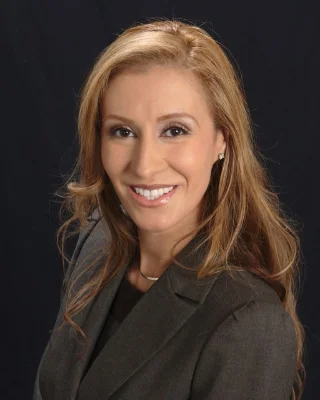 Camacho traveled to Paris for the first time in 2007, spending five days as a tourist vacationing. In 2014, she was invited to the Vision Institute of Paris to give a research talk on her work after publishing a mathematical control model that provided justification for some of the laboratory’s observations. This work built from the retinitis pigmentosa model she published earlier in 2013, which captured for the first time key mechanisms contributing to photoreceptor degeneration and unique to these types of neurons. The ultimate goal of her research is the prevention of blindness.

Camacho’s collaborator since 2013, Thierry Léveillard is an experimentalist who works at the Vision Institute of Paris. The institute is part of Sorbonne University and the National Institute of Health and Medical Research. There are 19 teams spread through five departments with over 200 scientists working on issues related to vision.

Camacho will be in Paris for a year, learning various techniques utilized in Léveillard's lab, in both in vivo and in vitro experiments, for the first semester. During the second semester, she will be conducting her own experiment. Camacho will work on developing a mathematical model in parallel with the experiment she will be conducting on certain biochemical mechanisms affecting key photoreceptors and their interdependence and interactions.

“I'm thrilled and nervous to spend an entire year there,” Camacho said. “To have the opportunity to be doing experimental work in parallel with mathematical modeling and be able to test your own model predictions in real time and have the model fine tune the experiments you are conducting — and suggest further experiments, as well as be able to have both your experiments and model guide each other, in every iteration and step — is a dream come true for a modeler.

“Additionally, working with one of the best, if not the best team of research specialists in this area in the world and being the only mathematician and computational person in the team, is surreal and very humbling.”

“Our students are as diverse as they come in so many ways,” Camacho said. “So often, applied mathematicians and mathematical biologists who have not been in the lab themselves don't fully appreciate the efforts and insight that are needed by experimentalists to obtain ‘data for their mathematical models.’ Also, having the experimental knowledge and perspective will help tremendously with the model fidelity and design, as modeling and experiments require iterative feedback to corroborate each other. Having seen both sides of this process will help me both in my research and in the classroom.”

When she returns, she hopes to more creatively approach research problems and develop more reliable models, knowing better what data might be feasible or not to obtain in the lab.

“Mathematical modeling is an interactive and iterative process that is analogous to creating a sculpture — it is not a linear process, but rather a back and forth, as experiment feeds model and vice versa in an iterative way,” Camacho said.

She is looking forward to bringing her Fulbright experience back home to the U.S. and ASU. She plans to foster collaborations at ASU and in her mathematical and professional communities, share what she’s learned academically and culturally, and train and mentor students and early career diverse scientists in this area of research.

“Particularly, I am looking forward to setting up a wet lab at ASU upon my return to continue this kind of work and bring students into the lab, thus (School of Mathematical and Statistical Sciences) students may benefit the most from this,” Camacho said. 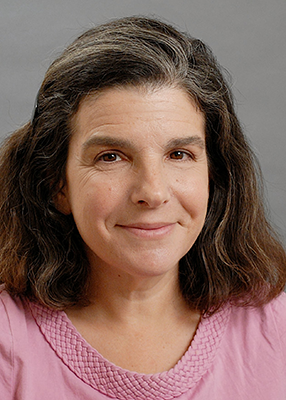 When the COVID-19 pandemic began in 2020 and ASU classes went virtual, Fishel and her colleagues had to quickly convert traditional in-person lectures to a virtual format. She decided to try a flipped classroom structure where she created videos of her lectures that students could watch before class, freeing class time for activities that involved higher order thinking and discussion.

She will use her Fulbright fellowship to spend four months at the University of Talca in Chile, teaching combinatorics using those same flipped classroom materials.

“My lectures are recorded in English, which is a plus. Many students want to practice English, so they can re-watch mathematically tricky parts of the lectures on video, and they shouldn't lose out on the math,” Fishel said.

She anticipates learning a great deal about the class materials from using them with students in a different country and in a different language, and plans to implement those new insights into her courses next time she teaches at ASU.

Fishel herself will take on the role of a student as she tries to learn Spanish, which she says is tough.

“I think being an outsider is important for me, and I think being a student again is, too,” Fishel said. “As a teacher, it's useful to be regularly reminded how challenging learning can be. Being an outsider reminds me how things which seem clear to people already in the system may be confusing to those from outside.”

This will be Fishel’s second trip to Chile. She spent her last sabbatical in Talca on a Chilean grant. In addition to teaching, she plans to conduct combinatorics research with graduate and undergraduate students, as well as faculty collaborators Luc Lapointe, who works on aspects of symmetric functions that come from physics, and Stephen Griffeth, who works on representation theory.

The University of Talca mathematics department is active in areas of pure math adjacent to Fishel’s and is very supportive.

Fishel feels mathematics is well-suited for international collaborations. She has hosted visitors from Chile to ASU and would like to encourage and support ASU students to go to Chile.

“Good math is done all over the world,” she said.

According to Karen Engler, program director for the Office of the University Provost and provost’s liaison to the U.S. Fulbright programs, ASU is often designated as a top producer of Fulbright Scholars, generally producing six or seven award recipients.

The last time a faculty member from the School of Mathematical and Statistical Sciences was named a Fulbright Scholar was more than 10 years ago, when Glenn Hurlbert traveled to Panama in 2011. Engler said it is not particularly common to have two award recipients from the same school or department, but this year, there were two strong applications and both were successful.

“The Fulbright program is highly competitive and selective, so having two of our faculty chosen is quite an honor, especially since they are both women,” said Donatella Danielli, School of Mathematical and Statistical Sciences director and professor of mathematics. “They will serve as outstanding role models for our students and other early career mathematicians.”

“Fulbright is an amazing opportunity to take your research and teaching abroad, and ASU wants to fully support you to get there,” Engler said. “I will tell you that everyone I've worked with that has gone on Fulbright, they come back very changed by the experience. They come back inspired and really want to help support this program because it is an amazing way to build relationships across the globe.”