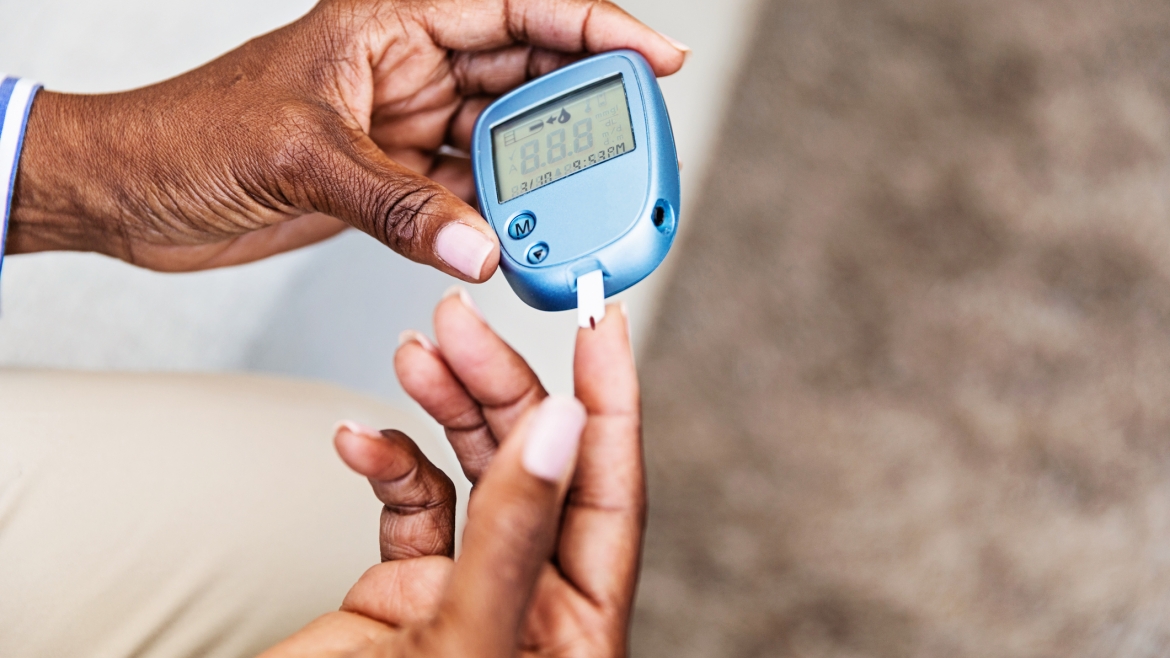 An Arizona State University professor was part of a team whose research may have discovered how cancer cells suppress the body’s production of insulin, leading to a higher risk of diabetes for women who have had breast cancer.

Dorothy Sears, a professor of nutrition in the College of Health Solutions, was part of a group of researchers whose study was recently published in the journal Nature Cell Biology. She researches obesity and the risk for obesity-related diseases such as insulin resistance, diabetes, cardiovascular disease and cancer.

“We know that people with cancer have an increased risk of diabetes – that’s been researched a lot,” she said. 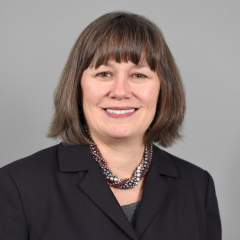 Dorothy Sears, a professor of nutrition in the College of Health Solutions, is currently analyzing the data from a study that looks at how the built environment affects people's risk of cancer.

The study found that the mechanism that connects breast cancer to diabetes are “extracellular vesicles.” Breast cancer cells shed these vesicles, which are hollow spheres that carry DNA, RNA, fats and proteins among cells. The breast cancer cells secrete molecules called microRNA-122 into the vesicles, which then travel to the pancreas and latch onto insulin-producing cells. There, the microRNA-122 damages the pancreatic cells’ ability to secrete insulin and maintain normal blood glucose levels.

That leads to higher blood glucose levels in breast cancer patients, elevating their risk of diabetes.

The initial research was done with mouse models.

“What was missing and where I came in was showing that elevation of these microRNAs was really existing in humans,” Sears said.

Shizhen Emily Wang, professor of pathology at UC San Diego School of Medicine, had serum samples from breast cancer patients, but not from women who were cancer-free.

“She needed serum from control women to show that these microRNAs were elevated in the cancer patients, just like in the mice,” Sears said.

Sears had many serum samples in her freezer from women who were cancer-free, and she was able to match their characteristics, such as age and body mass index, to Wang’s samples of people who had cancer.

"Then (Wang) was able to measure the concentration of microRNA in her breast cancer population versus my cancer-free population and show that the hers had more microRNA-122," Sears said.

The good thing is that, in theory, with this kind of information, we can say "Aha, I see you microRNA-122, and I can block you."

— Dorothy Sears, professor of nutrition in the College of Health Solutions

“They’re bubbling off and getting into the blood, which they have to get through barriers to do, and then they’re fusing to the recipient cells and delivering little envelopes of stuff to those target cells," Sears said.

“In each vesicle, there can be hundreds of microRNAs and they can deliver a lot of material to cells over time.

“So it’s in their best interest to impair insulin secretion, because if that happens, the blood glucose level rises, and now they have more fuel so they can grow faster,” she said.

“The good thing is that, in theory, with this kind of information, we can say ‘Aha, I see you microRNA-122, and I can block you.’”

“They’re treating microRNAs with another microRNA, so you’re velcroing it to itself,” Sears said.

She had the samples because of her current research study that is analyzing biomarkers in people to determine how their exposure to the built environment influences their risk of cancer.

“The built environment might be the walkability of a neighborhood. Can they walk to the market or do they have to get into a car? And do they live near areas where there’s lots of pollution, like near a freeway? And are they near green space or the ocean or water-treatment plants?

“Air pollution exposure impacts insulin resistance, which is a precursor for diabetes and obesity and cancer.”

Sears worked at UC San Diego when she started working on the study, which recruited more than 600 people and collected blood, urine and stool samples. The participants also answered a questionnaire and wore GPS devices for two weeks. She’s still analyzing the results.

The participants agreed to allow their samples to be banked, so that’s why they were available for the microRNA-122 study.

“We collected a ton of data, and I have students at ASU working on many aspects of the study,” she said.

Beginning this fall, registered nurses across the country will have a new, fully online option for advancing their education and careers to meet industry demands. Arizona State University's Edson College of Nursing and Health Innovation is offering an RN to MS bridge option for nurses who already have their associate degree in nursing to earn a graduate degree.“This program will help registere...

Beginning this fall, registered nurses across the country will have a new, fully online option for advancing their education and careers to meet industry demands.

Arizona State University's Edson College of Nursing and Health Innovation is offering an RN to MS bridge option for nurses who already have their associate degree in nursing to earn a graduate degree. 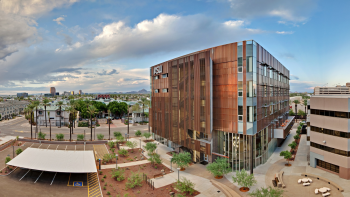 The RN to MS offers an accelerated option for academic progression that is essential in preparing the future nursing workforce to deliver increasingly complex care to patients and communities. Download Full Image

“This program will help registered nurses expand their career options, either at the bedside or in new areas. With this degree, they can move into management and leadership, quality and safety positions, or become nurse educators,” Edson College Dean Judith Karshmer said.

While this offering “leapfrogs” the Bachelor of Science in nursing degree, critical components of the BSN curriculum are built into the RN to MS program. Upon graduation, students will earn a Master of Science in nursing and be eligible to apply to the Edson College Doctor of Nursing Practice program, which is a terminal nursing degree. For the motivated nurse who is focused on the future, this option will save them time and money.

Karshmer says there is a benefit for employees throughout health care.

“This is a responsive approach to a better-educated workforce, prepared to implement evidence-based practice with the knowledge to innovate and constantly reassess delivery models,” she said.

To that point, one of the things that became even more clear during the height of the COVID-19 pandemic was the need for highly skilled and experienced nurses who could adjust and adapt on the fly. This bridge offers an accelerated option for academic progression that is essential in preparing the future nursing workforce to deliver increasingly complex care to patients and communities. Both The American Association of Colleges of Nursing and the Commission on Collegiate Nursing Education strongly support the RN to MS option.

While courses are online, all content is taught by the same highly skilled faculty as the college’s other nursing programs. This, combined with the wraparound suite of support and services offered to all ASU Online students, sets this program apart.