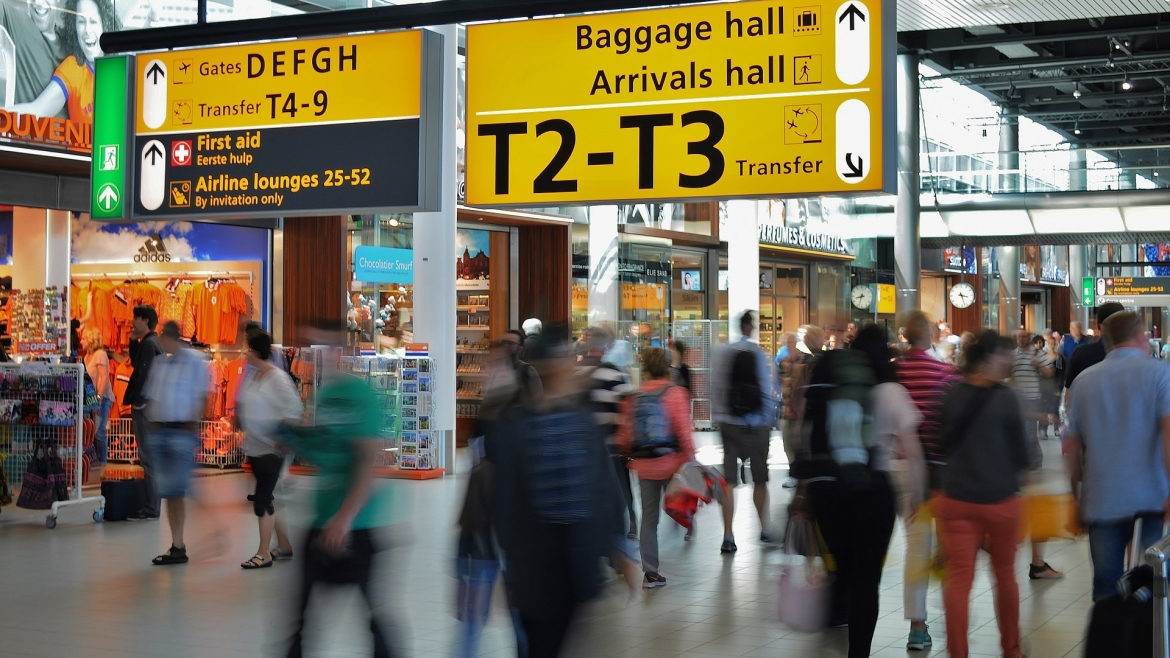 ASU economic expert talks ongoing airport woes, what you can do

Flying these days can be hazardous to your mental health.

According to the United States Department of Transportation, more than 63,000 flights had been canceled by late June, compared to just over 44,000 in 2019, the year before the pandemic hit.

Several reasons have been cited for the cancellation surge: bad weather, air traffic control issues, rising fuel prices and, most notably, airlines slow to replace personnel who retired or took a leave of absence during the pandemic.

Whatever the issue, airline travelers are being stranded at airports, unable to get where they want to go.

With airline travel peaking in the summer months, ASU News talked to Lee McPheters, a research professor in the W. P. Carey School of Business and director of ASU’s JP Morgan Chase Economic Outlook Center, about why the cancellations are occurring, whether the situation is going to get worse before it gets better, and what recourse travelers have if their flight is canceled.

Lee and researchers at the W. P. Carey School of Business have studied the economic impact of airports and conducted surveys to see what travelers spend per day.

Question: What do you think is the underlying reason for all the cancellations?

Answer: It’s the airline industry’s response to the pandemic. In February of 2020, before the pandemic, there were about 465,000 employees in the airline industry. Two months later, that number was down by 100,000. Now, that number has come back up, but think about it for a minute. There were an enormous amount of retirements. That would mean that those people that left were eligible for retirement and would be more experienced and probably higher paid. If you look at the number of pilot certifications, they went from about 8,000 per year down to 2,500. Plus, people simply left the industry. So while we see passenger numbers back up to pre-pandemic numbers, what we don’t see is the level of service.

Q: We’re in the peak of the summer travel season. Given what you said about the lack of high-level airline personnel, is the situation going to get worse before it gets better?

A: I think this is going to be with us for a considerable period of time. It takes a long time to certify pilots. Some of the airlines are actually taking steps to try to reduce some of the FAA requirements, but that won’t be a quick turnaround. Then, when you look at airport infrastructure, the modernization of airports and the maintenance is subject to a lot of the same supply chain constraints that we see (everywhere else). So you have issues that simply affect the ability of airports to handle (the resurgence in passenger travel).

Q: What is the economic impact of all these cancellations, and where does that impact land?

A: If it really results in fewer flights and less travel, that means visitors probably have one less visitor day. You have food, hotel accommodations, that’s several hundred dollars right there. If you have a metro area like Las Vegas or Phoenix that really depends on visitors… I’ll tell you one thing I saw that startled me is United Airlines said it’s pulling out of Flagstaff. That is approximately 100,000 travelers per year, and just kind of a rough rule of thumb, 50% of those would be visitors, people that are part of travel groups going to the Grand Canyon, foreign visitors who spend a lot of money. That is going to really have a noticeable effect on the northern Arizona economy.

Q: Let’s say my flight has been canceled. What’s my recourse for getting compensation from the airline? It seems like that’s a maze that confuses a lot of people.

A: My very strong advice would be to research beforehand what you can do. I think it’s time for consumers to get a better understanding of what happens if there is a cancellation. These things are going to be more frequent. (The U.S. Department of Transportation operates a website providing these answers to travelers.)

Q: Final question: Airlines know they’re short of personnel. So why don’t they just cut down on the number of available flights rather than continuing to cancel so many scheduled flights?

A: It looks like to some extent, they are backing off. Maybe that will be the answer as the next few weeks play out, because I don’t think the flying public is going to be happy with the enormous number of cancellations and all the costs associated with it.

Miller hires from within, elevates nine-year veteran from volunteer assistant to full-time role ... Miller hires from within, elevates nine-year veteran from volunteer assistant to full-time role